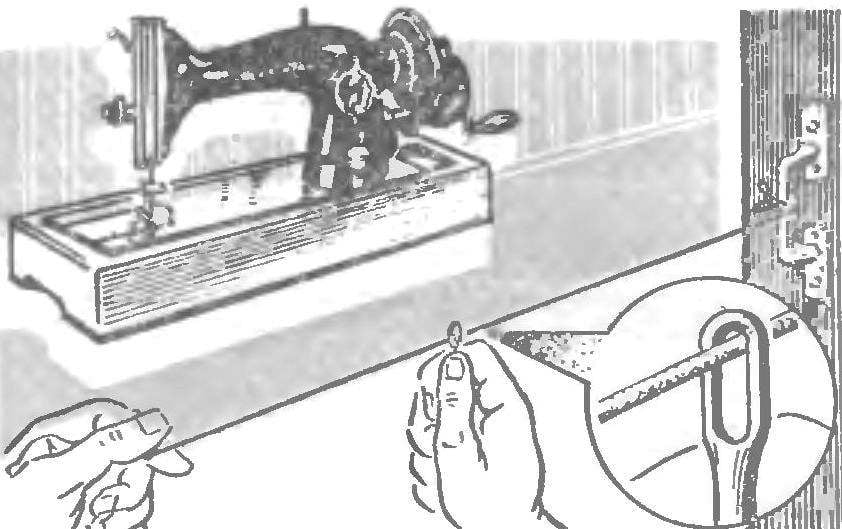 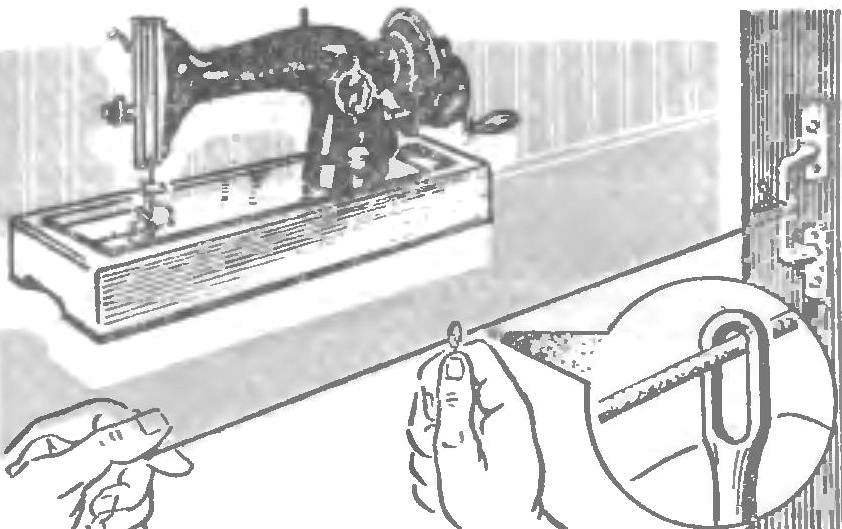 It happens that brand new, just bought at the store needles for sewing machines cut the thread. This occurs due to the sharp edges of the eyelet. To whittle away the edges of the conventional or diamond needle files is impossible, and using the very same threads, grated pasta GOI, presents no difficulties. This is done as follows: one end of the thread fixed, for example, on the door handle, and the second is passed through the needle eye and stretch hand. A few quick movements of the needle along the thread, and the edge of the ear will no longer cause disruption.
V. SARAPIN, Tambov