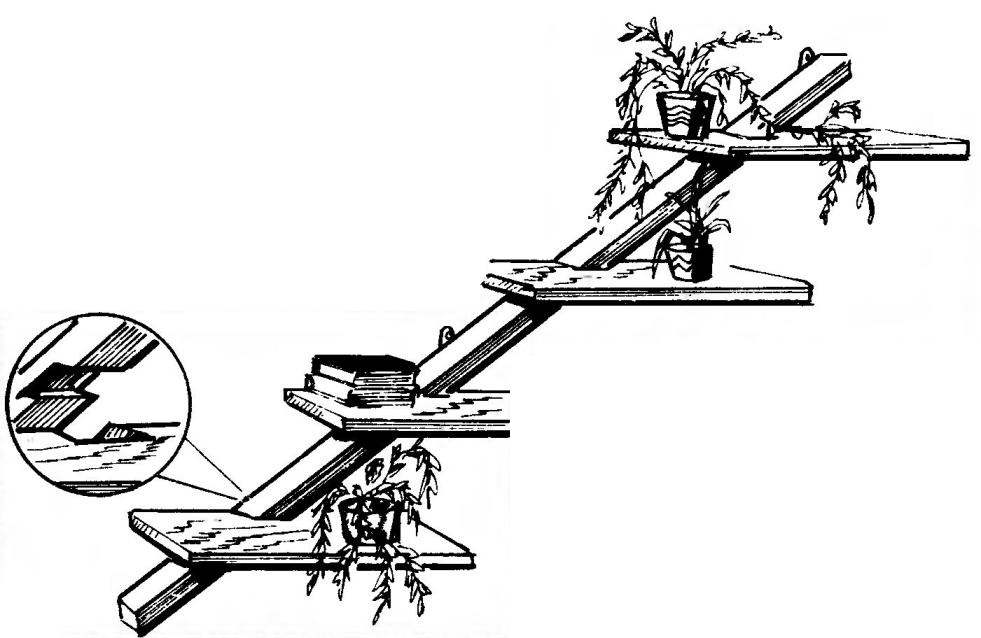 Somehow visiting friends, I saw an unusual multi-tiered shelf-bookcase. Not only that it relied only on one rack, so this rack was inclined, occupying a diagonal position in a small panel between the two doors. Here is books, pots of flowers and decorative greenery, ceramics — the shelves looked very nice.