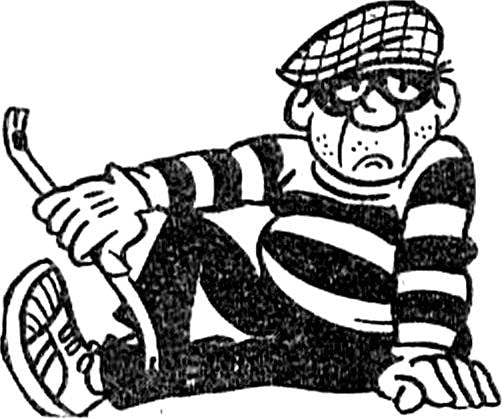 Discussing among themselves another case of burglary, we tend to criticise the police, accusing it of lack of effective measures of prevention and suppression of catastrophic increase their numbers. However, we forget about ourselves: whether we do something for the safety of our apartments!
We do not encourage readers to “catch the thieves”; our aim is different: to suggest such methods of conversion of apartments that would greatly reduce the possibility of burglary.
The simplest example: a fair share of all robberies of apartments occurs without hacking the front door or use picks — the people, leaving the house, simply forget to lock the apartment. How many entrance doors are equipped with primitive locks that don’t need to be Ostap Bender to open them with my thumb! Meanwhile, you will be able to secure housing if fasten the door frame, effort, the door and fit it securely. In today’s post we want to give you some proven life tips that will help greatly to protect your apartment from intruders.
For a start we recommend to strengthen the door frame entry doors in modern homes are sometimes fixed them so that a sufficiently strong push and she’s out together with the door.
To firmly connect the door frame with a reinforced concrete wall panel, it is necessary to drill in its vertical uprights hole Ø 10 mm so that the drill has gone deep into the concrete to a depth of at least 50…70 mm, then in these holes hammered steel rods. The strengthening of the doors will also provide a couple of pins, Ø 10 mm, fixed thereto the hinge side, as shown in the drawing. Opposite each of the pins on the box is cut a blind hole into which is inserted a steel sleeve (pipe) with an inside diameter slightly larger than the diameter of the pin. When the door is closed, these rods descend into the sleeves; such retainers do not allow the robbers (or at least seriously hamper) hack the side door not too strong and reliable hinges. 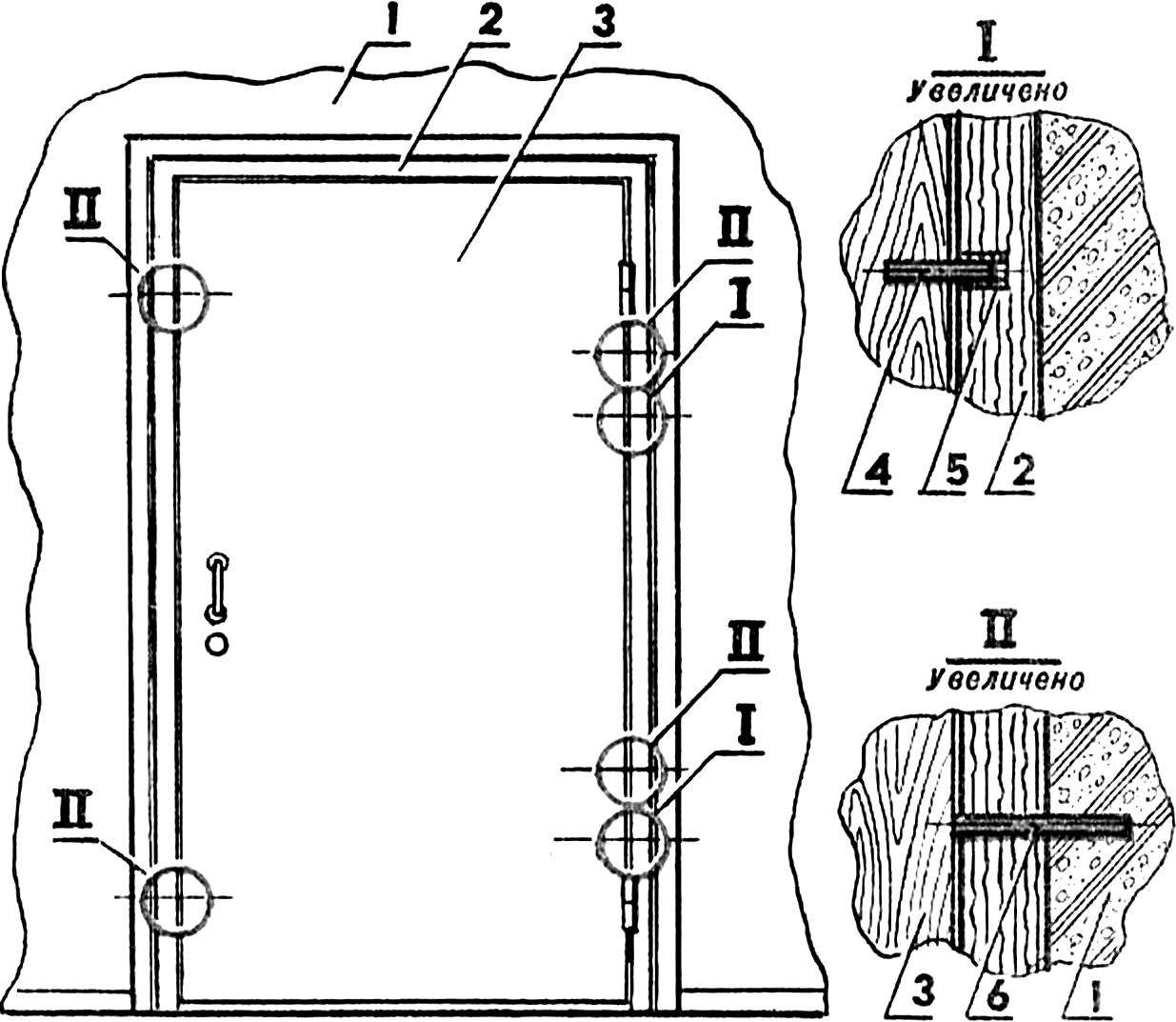 Fig. 1. Strengthen the door and door frame:
1 — concrete panel, 2 — casing, 3 — door, 4 — pin gain-side door hinge, 5 — sleeve, 6 — pin strengthening the door frame.
Reliable constipation — quite enough to guarantee the security of your apartment. Unfortunately, the castle is highly sensitive today to buy not just (as well as much more). However, it is not too difficult to equip the door with a simple additional devices that significantly improve the secrecy of old and not very reliable locks.
As you know, many doors are still standing still locks with plate levers and through the keyhole. The secrecy of their extremely low; however, it is possible to significantly increase. The easiest way is to install additional miniature lock which is designed to mailboxes. It is made on the basis of sufficiently reliable cylinder mechanism having a high degree of secrecy. If you embed it as shown in our drawing, leaving the house, you will be able to close the door first, on the master lock and then inserting the key in a tiny lock, to block with valves, associated with its mechanism, the keyhole of the main lock. Now the attacker will not be able to insert in the keyhole the key or lock pick. Additional lock will serve you a good service and in case when you lock the doors at night. You only need to block with it, the keyhole on the outside and the inside to lock the door to the main castle. 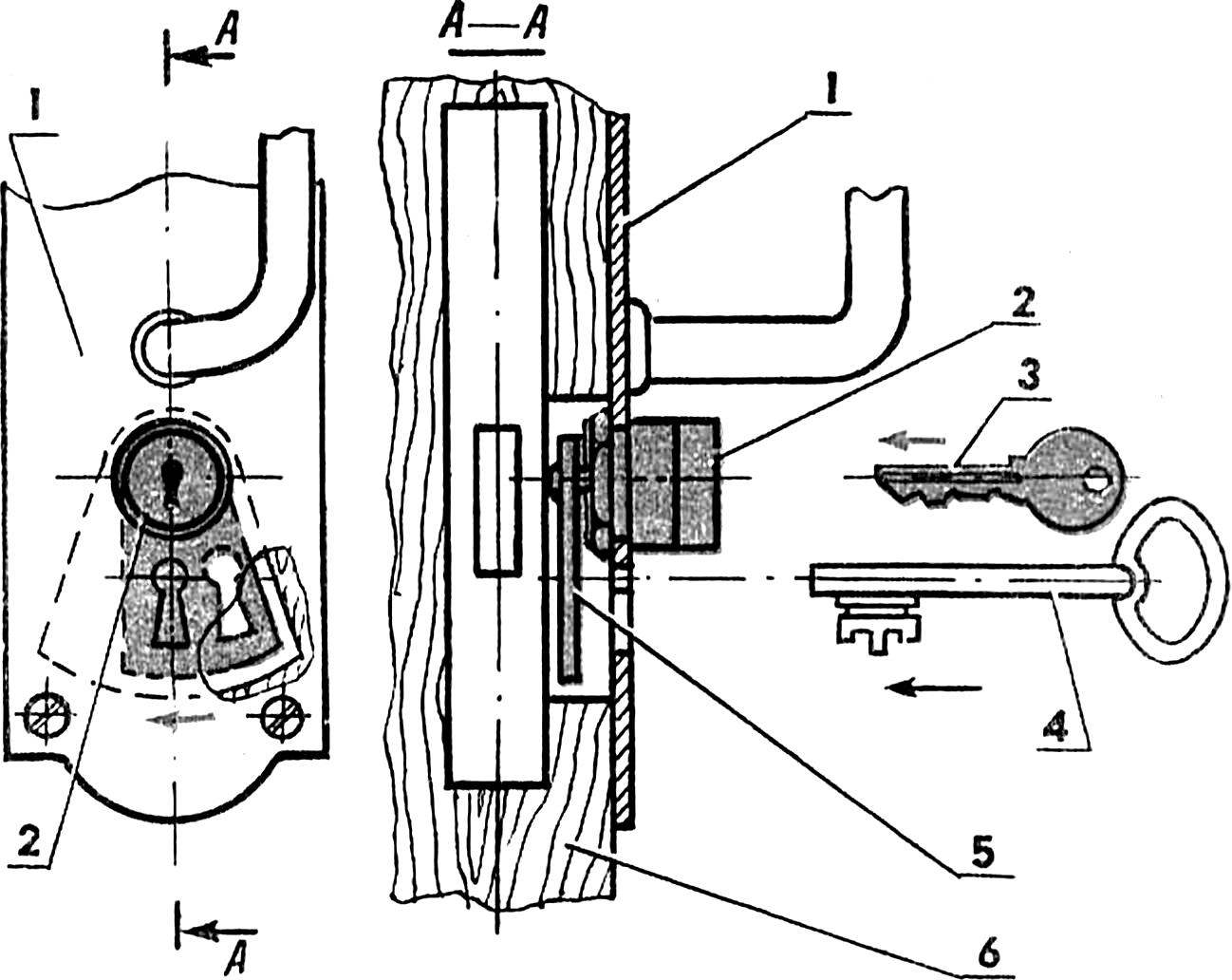 Fig. 2. Improving the secrecy of the main lock by means of an additional lock for the mailbox:
1 — handle cover plate, 2 — secondary lock, 3 — key for the secondary lock, 4 — key core lock 5 — latch keyhole of the main lock, 6 — door.
There is another method of increasing the secrecy of old castles with secret latch to open or close which is possible only through the keyhole of the main lock. It will have to make a homemade valve type shown in the figure. It is the comb of four or five steel threaded rods, screwed into the latch and slightly rasklapanje in order to provide them with safety wire. Opens or closes this valve with a homemade key. It is necessary to select the terminal (or the old key) the diameter of the keyhole, to make the end cut and jointed to fix with rivet or screw the steel plate. Its length is chosen depending on the mutual arrangement of the keyhole of the main lock and a hidden latch. 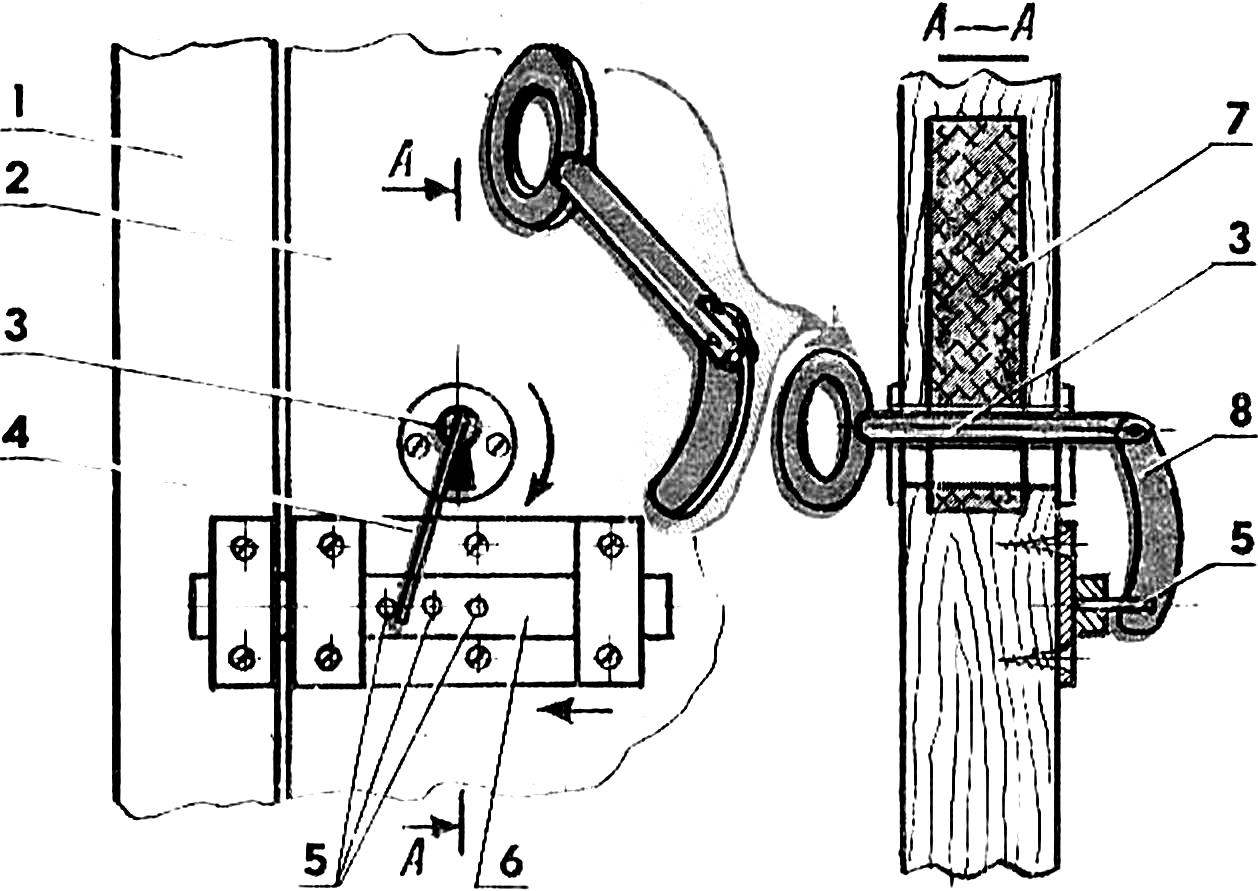 Fig. 3. Increasing secrecy main lock with additional latch:
1 — casing, 2 — door, 3 — special key 4 — latch, 5 — comb of threaded rods, 6 — bolt, 7 — most 8 — rotating plate key.
To open or close such a valve, it is necessary to introduce into the keyhole homemade key; the swivel plate should be vertical. As soon as the end of the key out of the keyhole, the plate under its own weight falls and fall between the neighboring pins of combs. Turning the key in one direction or another, you will be able to open or close the latch. Keep in mind that this constipation can be installed on the door and in that case, if it is not equipped with a lock key with a beard. You just have to doors to cut through a hole under a makeshift wrench with a swivel plate and close it from the inside and outside trim with keyhole.
Keyhole (fake or real) will allow you to install another fairly reliable lock for better security and increased mechanical reliability. With this constipation the door rigidly fixed top and bottom, in combination with the reinforced door frame will make your dwelling protected from the visits of “burglar”.
Constipation this consists of two spring-loaded latches installed, as shown in the figure, the upper and lower parts of the doors. The latches are connected using thick nylon fishing line so that it is positioned opposite the keyhole is real or fake. A special key with which to open such a lock, is a round steel rod with an eyelet (like the regular key of the lock); in the end it has a kerf, the width of which is slightly greater than the diameter of the line, and the depth is about 10 mm. Sharp edges of the key should be rounded, as shown ka our drawing. To open such a lock, the key is inserted into the keyhole, a connecting line falls while in the kerf, after which the key should turn; to wind fishing line on the rod, pull the latch, and they will release the door. 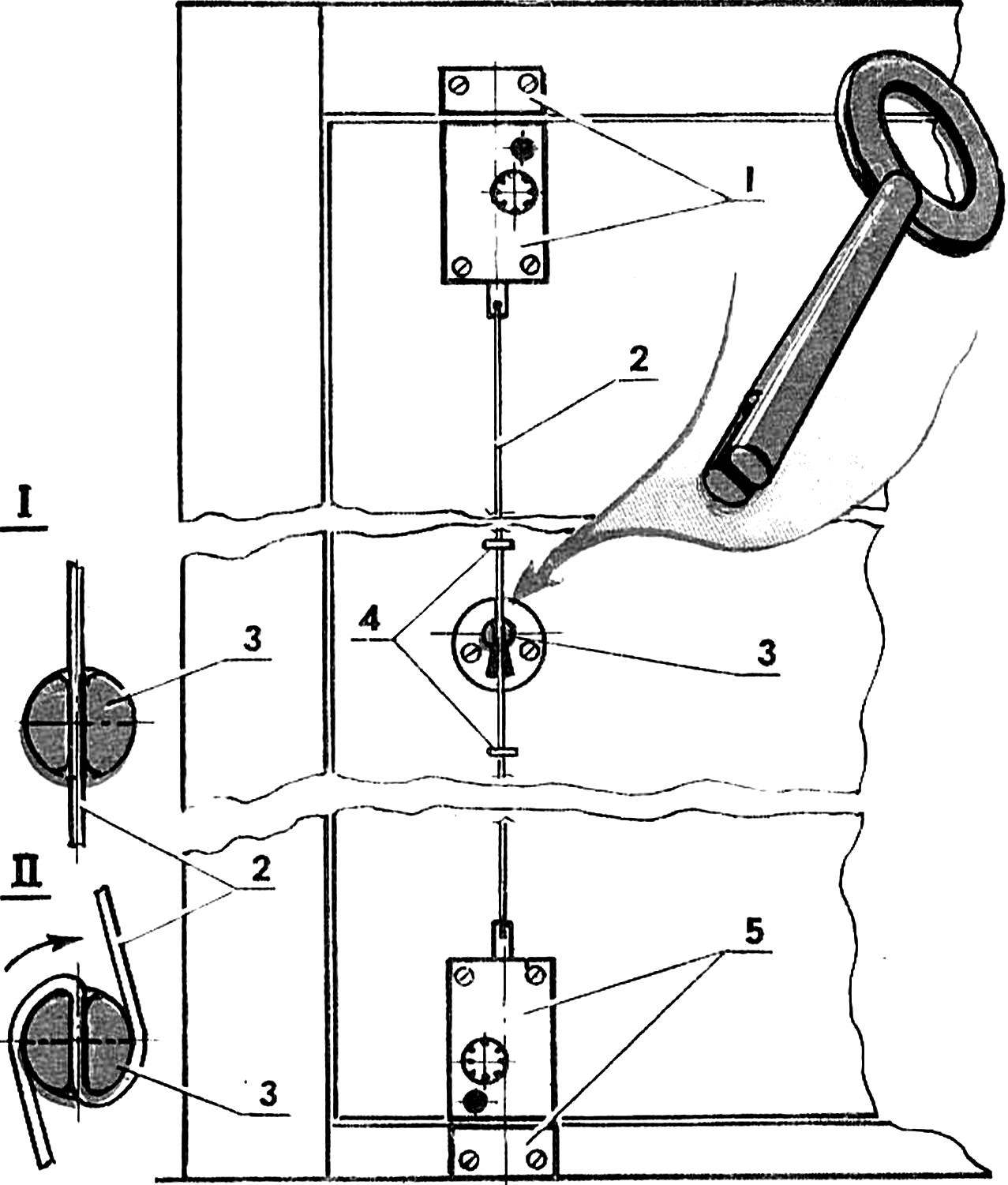 Fig. 4. Equipment additional door locks:
1, 5 — top and bottom latches (the mechanisms of the old English castles), 2 — connection line, 3 — special key 4 — guide loops. I — starting position of the key and fishing line; II — when you turn the key fishing line wound on it and unlocks the latch.
Such a reliable constipation especially in combination with a miniature cylinder lock for mailboxes, which we mentioned above. Should probably be noted that as the latch is convenient to use the mechanisms of the old, rarely used now the so-called “English” locks having a spring-loaded latch and a fuse.
And the last one. All additional constipation increased reliability and secrecy and reinforced door frame is unlikely to be an effective means of protection from robbers, if the door itself will be fragile. A modern door, consisting generally of a lightweight wooden frame, particle Board filler and orgalitovoj plating, durability is no different. Increase it by using additional veneer plywood in the thickness 3…4 mm or taping several layers of fiberglass cloth in epoxy resin or parquet varnish. In conclusion, we recommend you to fit the door with a leatherette or artificial leather, paving between the casing and the door in the foam layer. In addition shumogasheniya and improve the appearance of the doors, soft veneer can introduce an element of uncertainty for the attacker — because under the artificial skin can hide any unpredictable highly reliable door.
Independent development of “M-K” using materials foreign periodicals