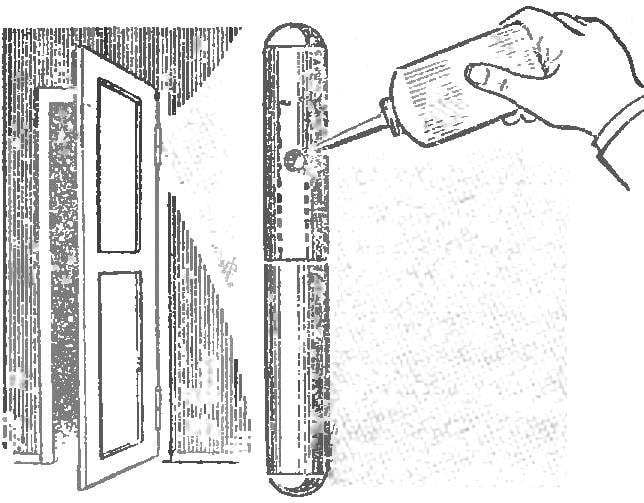 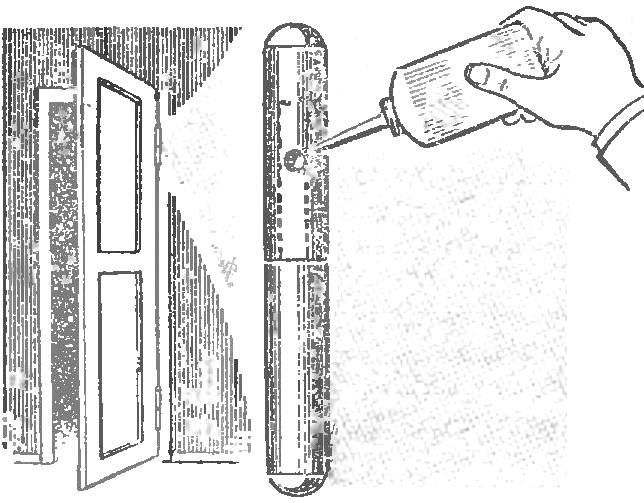 Get a new apartment, faced with such unpleasant phenomena as a creak of door hinges. Tried, removing the doors and hinges lubricated to eliminate the defect, but there it was. It turned out that the grooves for them are made hastily, with bias. I palapeli top of each drilled hole Ø 3 mm away from the junction of proletel 15 mm. Hole reach pin — hinge pin, not deeper. Now, if necessary, lubricate the hinges I have no problems: enough of the grease fittings with a fine spout (from sewing machines) drip holes in engine oil or simply stuffed back a match of grease. I think this advice is useful not only where the builders worked not for conscience, but also where the door to remove difficult or impossible.