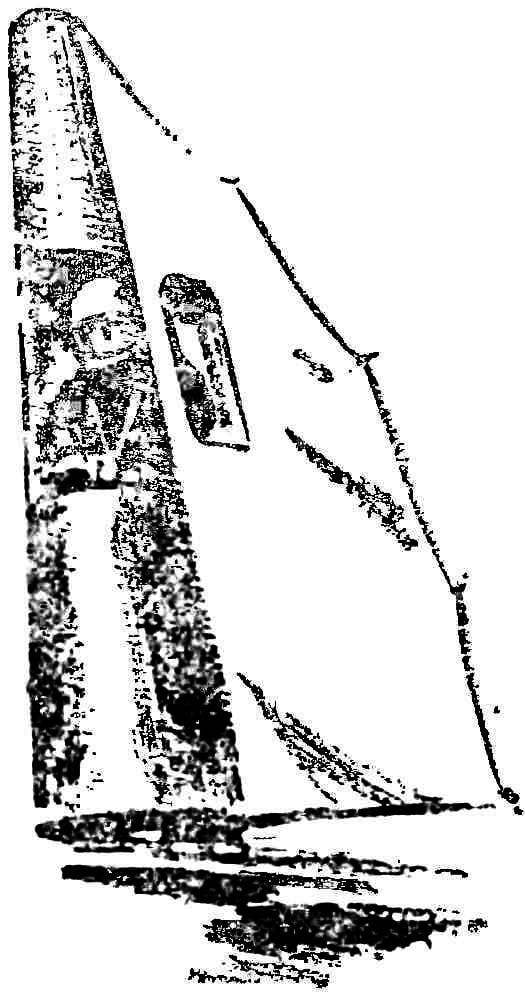 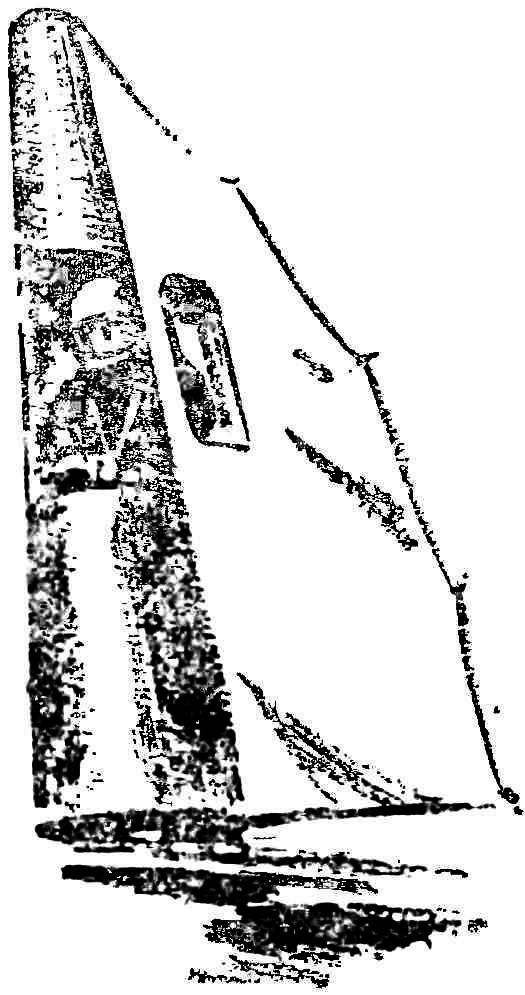 To race around on skates at a speed of about hundreds of kilometers per hour, it is not necessary to have some special sports data or gigantic physical strength. “Tailor” yourself “wind coat”, and you will achieve this without the use of any significant physical effort.
“Coat” is a semi-rigid sail in the form of an aircraft wing. Its area is small, but due to the high aerodynamic quality skater can develop the same speed as with a traditional sail twice more area.
The profile of the sail-wing biconvex, symmetric. The front edge of the fairing can be made of two-millimeter plywood, is strengthening its multi-ribs of thicker plywood. Glazing the front of the sail is made of thin celluloid or Plexiglas. The rear portion of two panels, supported by four battens each. To the front edge they are glued, and the back parts are joined together using lat, which are associated in pairs with nylon cord. In cloth sewed transparent window — it is quite suitable for Mylar film with a thickness of 0.1 mm.
Control arm the sail is attached, respectively, an increase of the skater (roughly at a distance of 1100 mm from the base of the wing: see section b-B in Fig.). Shoulder straps and their attachment points are also selected accordingly the physique of an athlete. 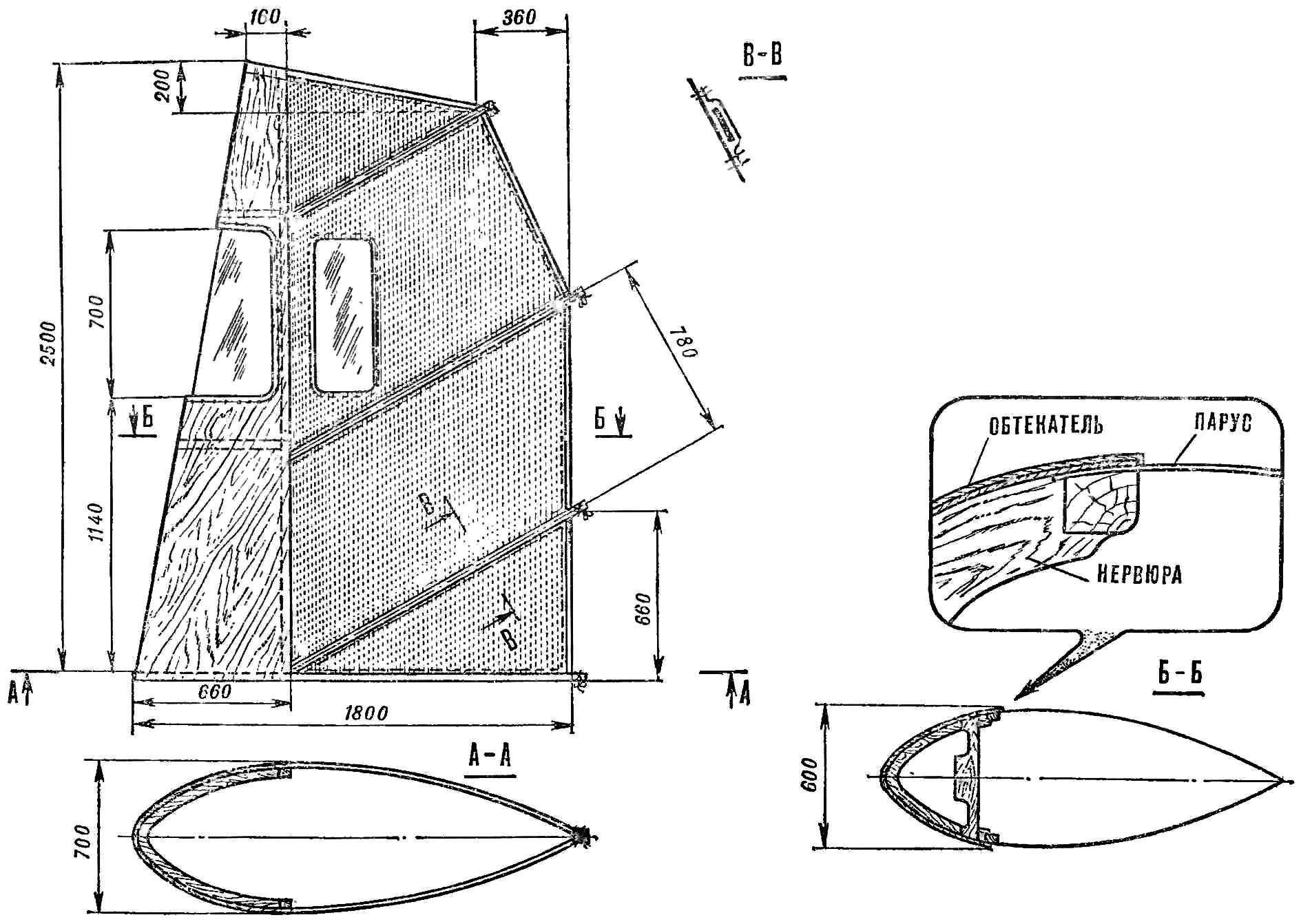 The technique of skating with this kind of sail is similar to those of control windsurfer and is the complete opposite of the management of the yacht. When riding on skates with this wing (or in this wing) should lean towards the wind so that the efforts on the control handle and shoulder was minimal.
To get into the wing (especially in a strong wind), you need to put it on ice so that the upper part was facing the wind. Then lift the wing, and when it “catches” the wind, put on the athlete. Removed the wing simply: it is necessary to sit on the ground, raise the sail with your hands and discard it to the side.
Outfit skater-sailboat should include, in addition to skates, motorcycle helmet, kneepads and elbow pads, because the training stage is inevitably accompanied by downs.