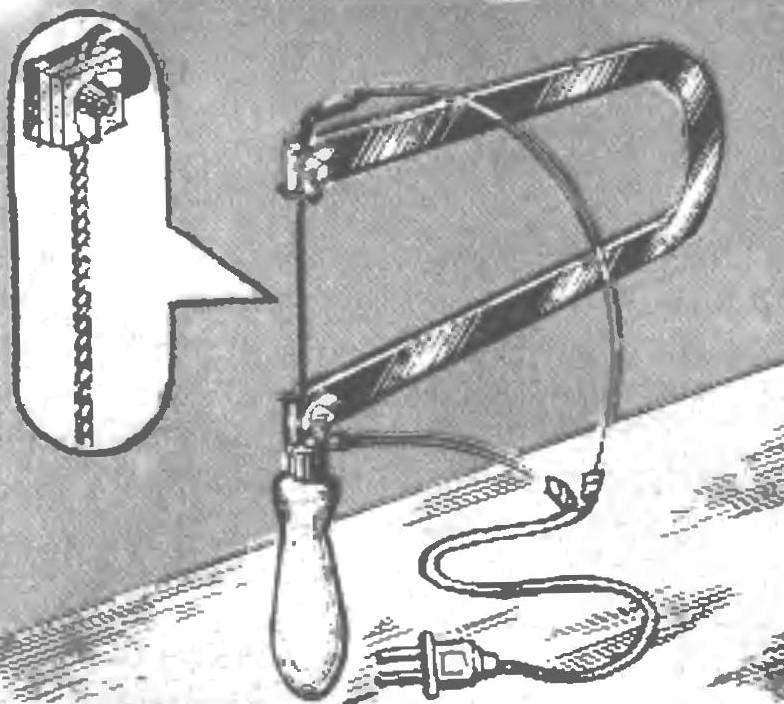 In one of the rooms of the magazine was published a material “the Jigsaw for Plexiglas”. Offer instead of nichrome wire to make a “electropulse” of two strands of nichrome. In this case, the windings will act as the teeth and the work will go faster.
K. FILIPOV, Moscow