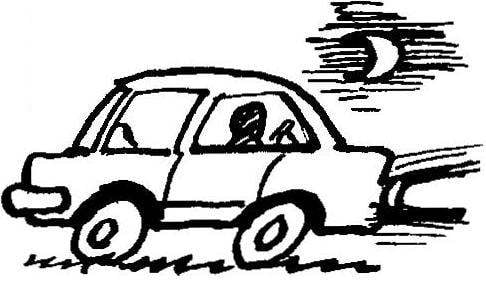 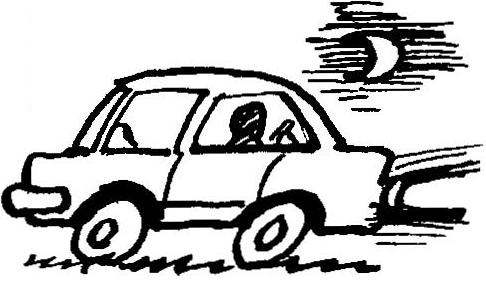 The importance of the correct operation of electrical equipment, of course, indisputable.
About how to improve its reliability, described in the thematic selection prepared by our author.
HOW TO MEASURE UZSK?
Angle of closed state of contacts (UZSK) the car VAZ-2105 can be determined by the amount of movement of the toothed belt camshaft. This is necessary to remove toothed belt guard and attaching in parallel with the breaker contacts control the lamp, turn the ignition on, the crankshaft such an angle to the “monitoring role” went out. Then on a belt, in front of any moving point (for example, one of the marks on the lid of the gears), you should make the marker visible line, then rotate the crankshaft until the lamp lights.
To further quantify the extent of moving the belt relative to the same point. If the value will fit into 62±3.4 mm, this corresponds to the required UZSK, that is, 55±3°. In the case of prohibitive deviations need to adjust the gap between the contacts and repeat the measurement.
UZSK can also be determined with the arrow pointer. The arrow is cut from tin cans and is installed under the screw rotor breaker (runner) or is made of wire and is attached to the rotor clay. In the role of “scale” will be cut along the cut rubber or plastic hose with an outer diameter of 4-5 mm For the “Zhiguli” its length is 35 mm, which corresponds to UZSK 55°.
“Scale” is put on the rim of the distributor housing and is shifted under the arrow at the beginning of the reference. 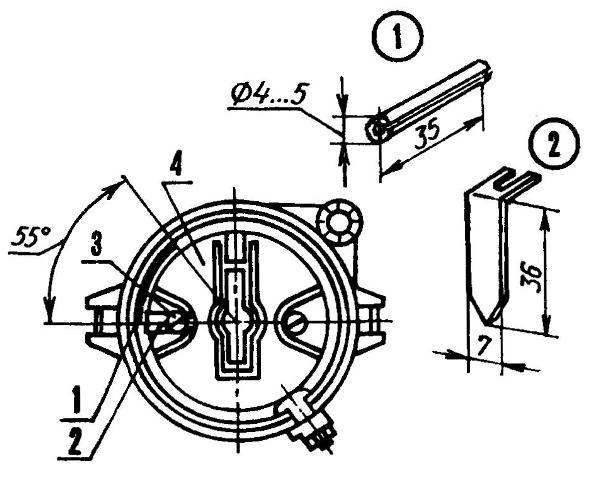 Prisposoblenie length measurement UZSK:
1 — hose; 2 arrow; 3 — screw; 4 — the ignition distributor
CONTACTS DURABILITY
To the car “the Zhiguli” to reduce burning of the contacts 50 on the ignition switch, it is necessary to reduce passing through them current (and at the same time to prevent erroneous inclusion of a starter at the working engine). For this you may use a relay warning lamp battery discharge (РС702), connect it according to the enclosed wiring diagram. 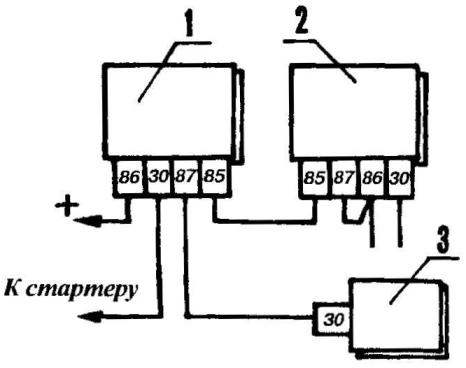 Additional relay circuit starter:
1 — additional relay РС702; 2 — РС702 regular relay warning lamp battery; 3 — the lock To starter ignition
THE FIXATION PLATE RUNNER
It happens that in the distributor there is nothing to replace the worn runner. Then you can napati brass strip on tokoroten plate. However, it is difficult to sustain the basic dimension “a”. If the strip will be shorter, it “receives” the whole effect of restoration works, and if long — plate will cling to the contacts cover.
To determine this size, it is also necessary to repair to stick a piece of clay on the end of the regular tokoroten plate and installing the distributor cap into place, turn the crankshaft. The excess clay will be cut off contacts, which will allow then to accurately measure “a”. 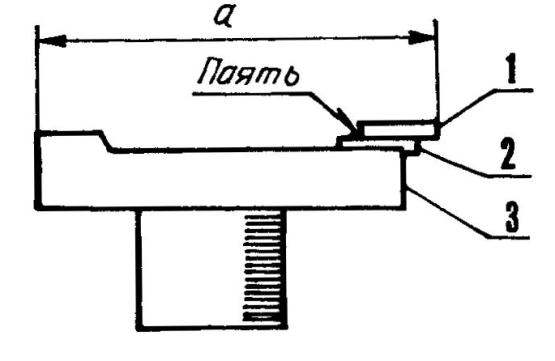 Repair decorazioni plate:
1 additional plate; 2 — regular Tokorozawa plate; 3 — the rotor case
LIGHT BULB INSTEAD OF RELAY CONTROL
If a car or other machine in the path of the out of order relay-regulator should be disconnected from the marking “W”, “EOI” or “I” (“15” and “67” on the “Lada”) wire and attach them to the car lamp power of 21 watts. In the role of temporary (partial) replacement of relay control the active load will prevent the generator from damage.
THE BALLS DO NOT FALL OUT
In ignition distributors of the type 30.3706 (-01 or -02) vacuum correction to be applied on cars, over time, failure of a ball bearing. However, prudent owners it is not thrown away, but skillfully repaired.
First of all disconnect the movable plate and set it on a mandrel of 30 mm in diameter Then folded zavadovka and remove the bearing. Remove the separator, shifting the balls in any sector, and… dismantle the bearing.
Emery stone with a diameter of 10-20 mm with the help of drill choose the inner and outer rings grooves to the raceways. Washed the rings and laying them in the grease, combine the grooves. Through the window, pushed 37-38 balls of suitable diameter from the other dispenser.
Turning one ring relative to another by 180°, sealcoat bearing plate. Drop balls will not be, because the angle of rotation of the rings during operation does not exceed 40°.
THE HEADLIGHT
Frugal motorist, of course, will not give the headlights of your car “at the mercy” of road stones. Likely to take protective shields made of Plexiglas. But with all the accessibility and low cost, they usually quickly lose their transparency.
More resistant to abrasive wear homemade screen out of ordinary window glass 3-4 mm thick, inserted into the folding on two hinges, the frame with a spring latch.
Staying clean, glass does not reduce light lights. However, when you hit a stone that flew from under the wheels of the vehicle ahead, it could crack or even shatter, but the headlight lamp will save. 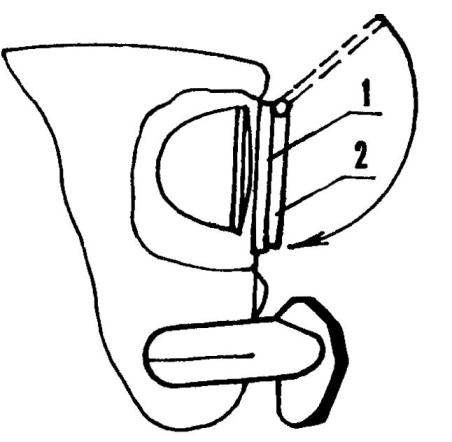 Headlight protected:
1 — the window in the grille under the headlight; 2 — a screen (frame with glass)
RESCUE A PLASTIC BAG
It happens that the high voltage breaks the slider rail. By removing the two screws, damaged item is removed. By placing between the runner and the centrifugal machine folded plastic bag, pull together all the standard screws. Then cut protruding from under the runner the excess plastic, and put in place the distributor cap. Yet, it is possible to start the engine.
V. ZHUK, Khmelnitsky, Ukraine