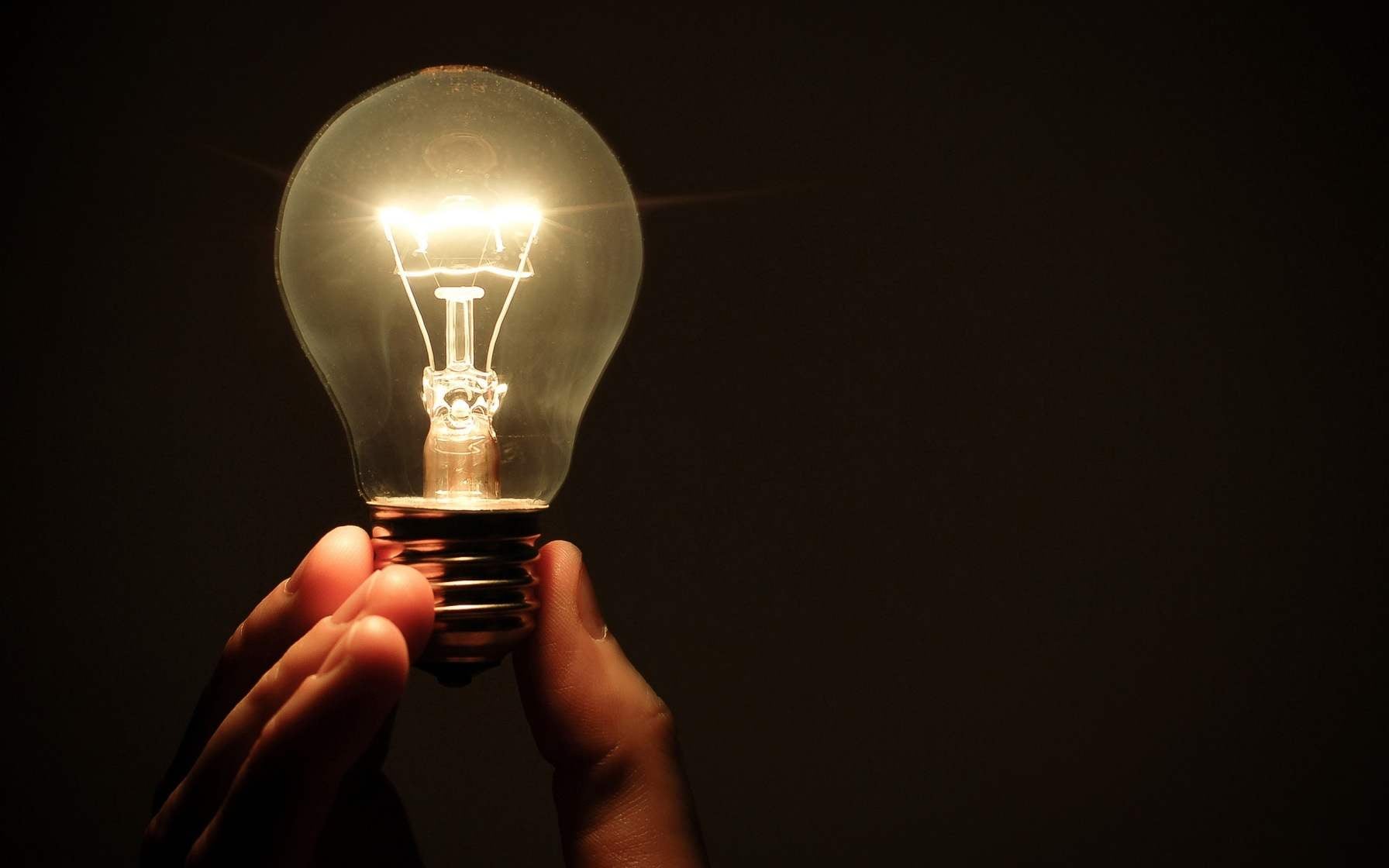 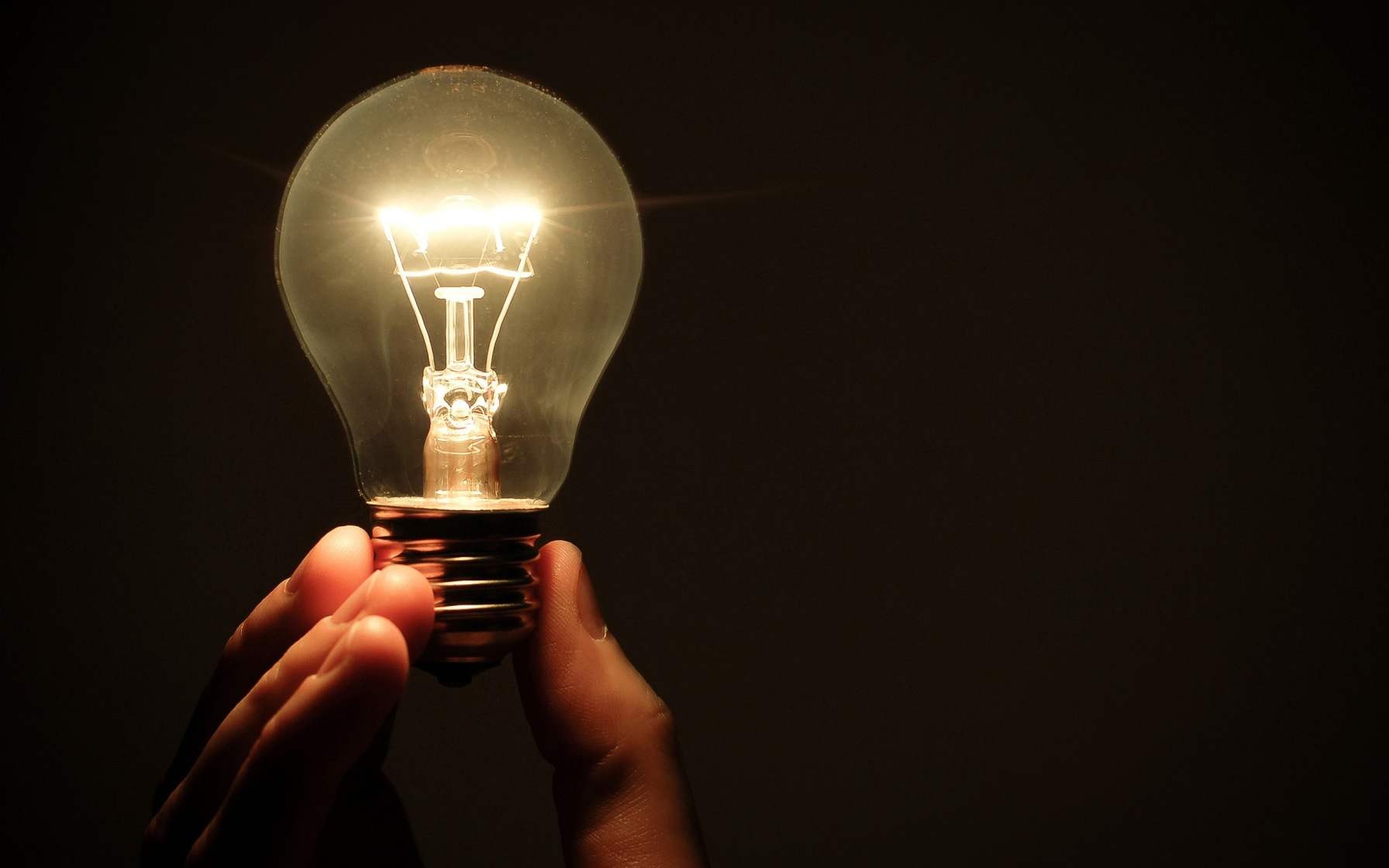 There are situations when the lighting is required to manage not one, but two places. For example, when you need to turn on the light when entering in a number of areas on and off when you exit from the common hallway. The situation is similar in terms of covered walkway, tunnel, greenhouses or the like of the long room.
Among the many solutions to this technical problem is, in my opinion, and quite original (see, for example, the development, published in the February issue of the journal “modelist-Konstruktor” for 1994). Known and rework conventional switches in the dip switches for these control. Experienced DIY enthusiasts advanced solutions — deserved recognition got also the electrical circuit using switches or keyboard switches, equipped with alarms on neon lamps or LEDs (Fig.a).
What about those who are faced with the need to control the lighting, not two, but three or more places?
An example of the emergence of this situation can be, in particular, a model workshop in the form of barracks with doors (gates) at the ends: some are used for entrance of cars with the faulty mechanism, the other is the export of already repaired equipment. In the middle, near the main entrance is a shed, and on the second floor is the office of the chief or master.
For such cases we can recommend a technical solution using packet-type switches, designed for the required nominal current of the lighting network. All the wiring is done here wire of the same cross-section defined by a load — lamps (or group of them), powered from a single phase. The switch can be single pole and the middle pole (Fig.b). 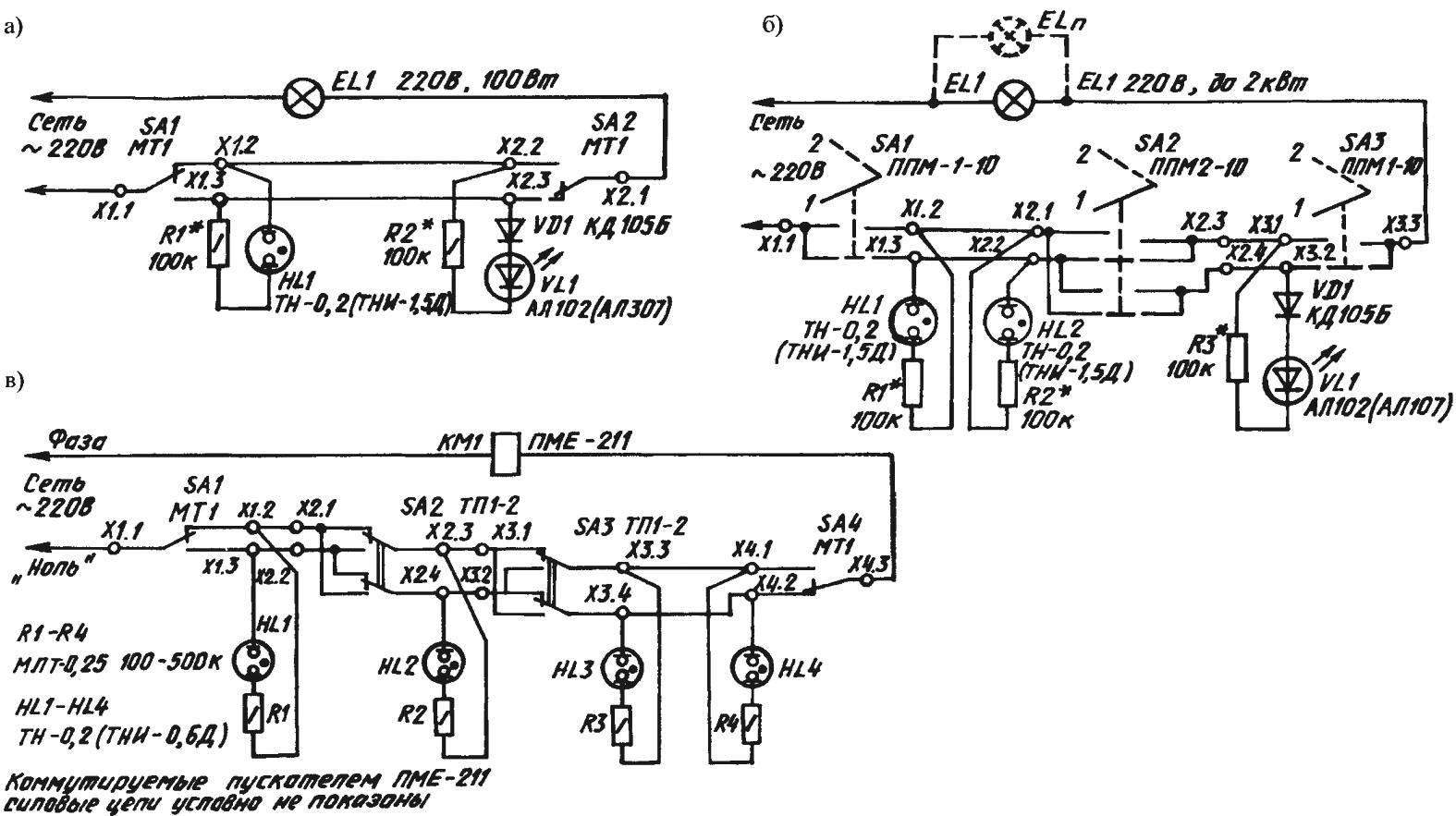 Schematics for lighting control using toggle switches or switches installed at the ends of the corridor, a covered walkway, warehouse, greenhouses or other long office space (a); with the use of switches or “batchfile”, located in three places (b); a more powerful solution (in), with application of the magnetic actuator PME-211
Of course, the increase in workplaces leads to the need for further complicating the technical solutions. Intricate connect the load, and hence there is a need for additional electrical switching devices (Fig.in). Power is supplied through the magnetic starter from single or three phase (the second option is conventionally not shown) symmetrically loaded household outlet, and the control circuit can have a much smaller cross-section of conductors than switched power wires and cables lighting. Allowed as switches to use the switches or “great”, designed for smaller (compared to similar) rated current. SA1 and SA4 can be unipolar, and SA2 and SA3 is bipolar.
Switches, terminal blocks are placed in individual plastic boxes of suitable sizes. You can use a metal protective housing, but they must be grounded. The switches are equipped with indicators which, when activated, lights go off, but when off light up all at the same time, clearly indicating the place of installation of each.
To build the first two schematic diagrams are recommended neon bulb TN-0,2 (TNI-1.5 D), the current through which is limited by the resistors 100-500 ohms, the LEDs or series АЛ102 (АЛ307) with additional electric chains (each series-connected resistor of 100-200 ohms and a rectifier diode type КД105Б). In the third of the above technical solutions it is preferable to use only neonki.
V. WOZNIAK, Belarus