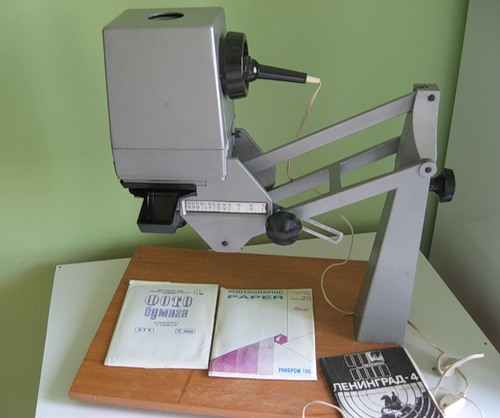 At the present time become unneeded enlargers: not only because of the high cost and scarcity of photographic materials, but also wide distribution of “phocomelic” and laboratories for developing and printing. Offer a simple method of altering the enlarger in… drilling machine, which is a must for home handyman. For this purpose, suitable enlargers as the friction load of the projector and the suspension of the oscillating rods. Both of these options provide a smooth, effortless moving the projector up and down. Instead, using a clamp to be secured a drill.

I made the drill press on the base of the enlarger “Leningrad-4”. Order rework following.

Removed all the parts associated with the projector. The frame the frame is a metal saw cut along the line of the inner diameter of the large hole. In the formed recess of the frame steep with a file remove all the bumps.

Make the clamp by the diameter of the recess. The clamp of aluminum strip drill two holes for the studs. Pin one end cavalcavia for a hat, on the other end of the screw nut (preferably a pick up or make yourself a nut such as “lamb”), In the frame drill two holes for the studs. Screw the frame to the bracket of the enlarger. For clamp cut from a thick rubber striped strip. Now inserted into the rubber hole drill and then hold the nuts. 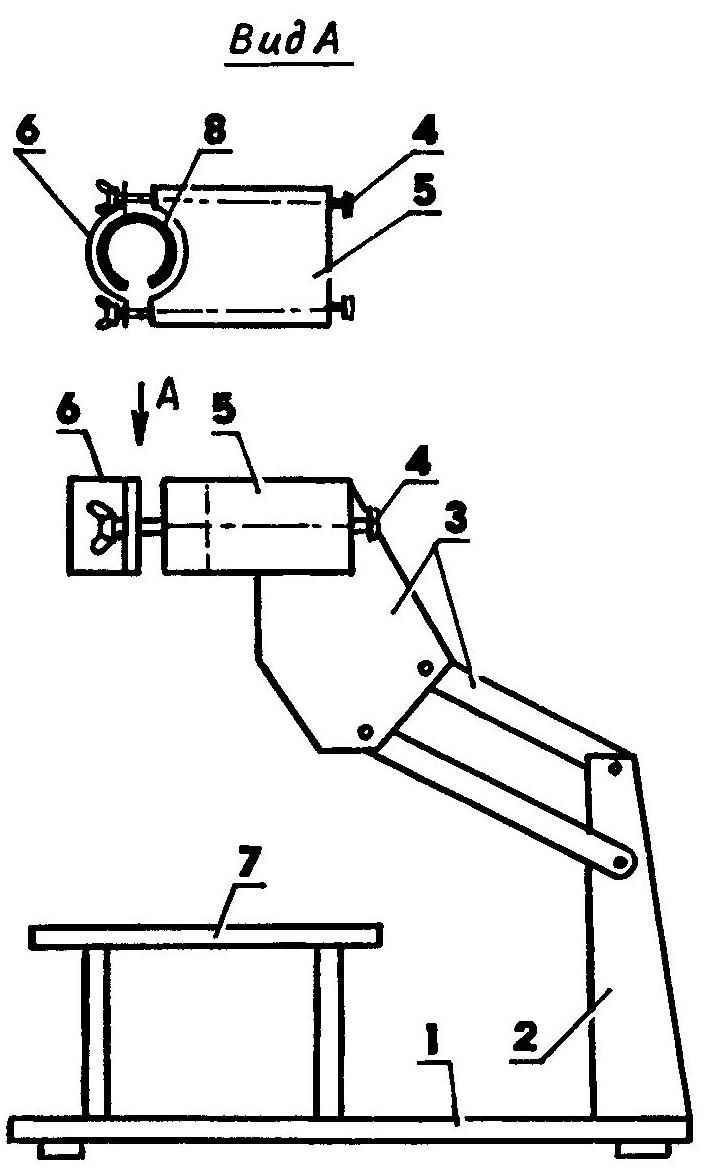 If necessary (for drilling in small parts) make supporting table which is mounted on the projection table. On the table by any of the clips or clamps fasten the workpiece.

As you can see, the machine is easy to manufacture, does not require turning and milling tools, can be easily disassembled and takes up little space when storing.