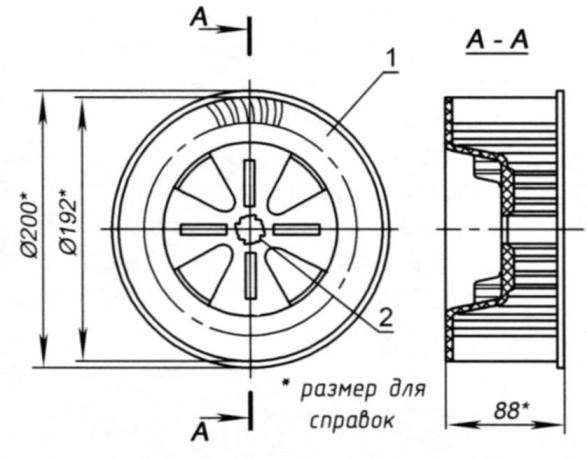 Mobile air conditioning RS-09 warm air was purchased in mid 2009 the Company Air Sonic has set the official warranty period for its products to 12 months, subject to the rules of operation. After 14 months in the conditioning, something clicked and it stopped working. Submerging the conditioning on a hand truck and brought it to a shop rembyttekhnika. Master inspected the air conditioning and said that the repair will take a long time because the foreign-made product, and the shop receives spare parts order only. The question of how much it will cost to repair, the master called the sum. After hearing the amount for the repairs, decided not to restore the air conditioning in the Studio, “rembyttekhnika”.

Approaching the hot weather of summer 2010 has Decided to repair the air conditioner yourself. Getting to the restoration of the conditioning, it was first necessary to remove with a damp cloth the dust and possible contamination on the air conditioner. Remove the rear wall by unscrewing the 6 screws. Gently remove the fan cover without damaging the locking seal of the lid. Inspect the fan wheel. In my case it was just sitting in the housing with a ruined place of mounting on the motor axis. Remove the fan wheel. Thoroughly remove all chips of plastic from the base of the fan. Remove the bushing securing the wheel with the axis of the motor by unscrewing the retaining nut. To further test the fan motor, taking care to turn on the AC in the network. If the motor works, as in my case, disable the fan after removing the mains plug from the socket. To begin the inspection of the damaged area of the fan wheel.

In Fig. 1 shows a fan wheel with a place of destruction. In Fig. 2 shows a bushing fan wheel, remaining on the motor shaft and removed for recovery. 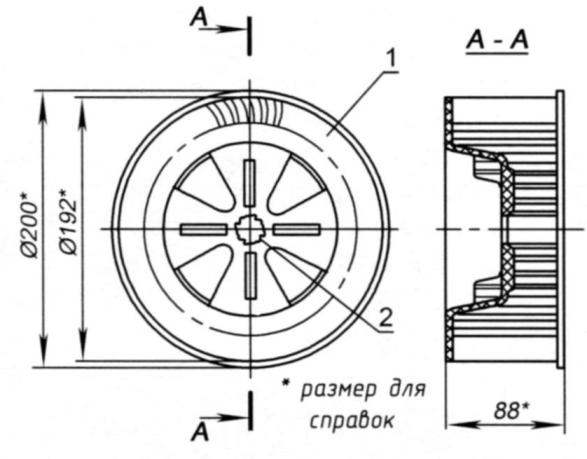 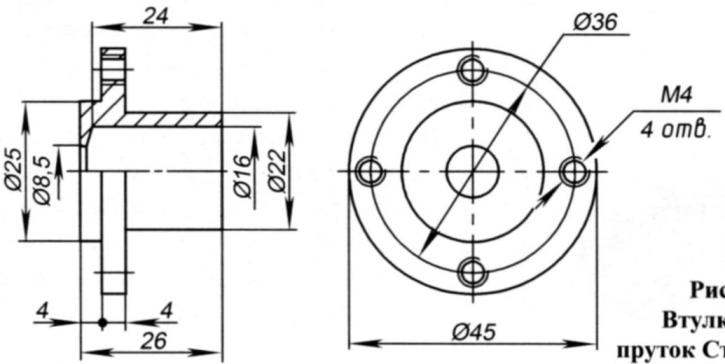 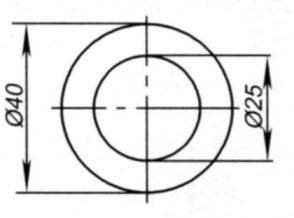 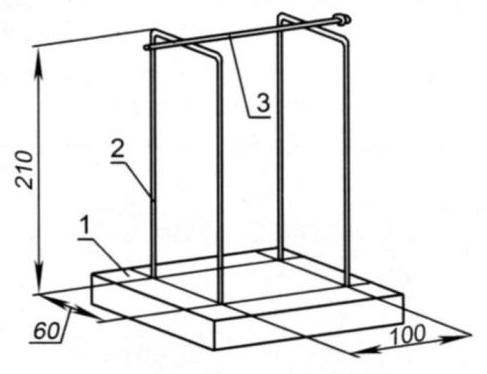 Fig. 5. Device for balancing:
1 – Foundation Board 150x100x20; 2 – clip – 2 pieces, wire – d4; 3 – axis, the nail 150xd5
During the inspection of the detected wheel center hole with ragged edges, with a diameter of about 22 mm. To restore the wheel decided to fabricate and install a metal sleeve with a bore diameter of 25 mm with four holes diameter 4.2 mm for fastening of the bushing on the wheel. Rim diameter 25 mm made by hand using a jigsaw. This was done, the curve (Fig.4). It is a circle from a dense paper diameter of 40 mm and caused a circle of diameter 25 mm. Size 40 mm diameter is taken as the base, between the ribs on the turbine wheel and is untouched by the destruction. The mold, gently with the help of glue “Moment” between the ribs, is attached to the wheel and using a jigsaw on a circle holds a hole with a diameter of 25 mm. Stupka (Fig.3) the diameter of 25 mm is inserted in the resulting hole in the fan wheel and on it are laid out, and then run 4 mounting holes with a diameter of 4.2 mm.
From a broken landing wheel parts fan (Fig.2) removed metal sleeve, which is cleaned from the remnants of plastic, is cleaned, degreased, lubricated with epoxy glue ED-4 and installed (press-fitted) into the bushing (Fig. 3). After curing of the adhesive sleeve is installed on the fan wheel and is secured with 4 screws M4 size for washers. The screws are set on glue BF-19. Then the imbalance is eliminated. This made prisposoblenie (Fig.5). In the hub of a wheel set axle 3 and it is placed on the fixture. On the revealed imbalance to apply a proportionate amount of epoxy putty. After curing, the wheel is placed back on the fixture and newly identified places of imbalance. And so 3-4 times.
After this wheel is installed on the motor shaft and secured with the standard mount. Cautiously place the fan cover, and air conditioning included in the network to check the correctness of the Assembly. This is determined by uniform noise of a fan running, without excessive friction, squeak and no vibration. Then installed the back wall. Air conditioning ready for operation. The whole repair took 4 days and it caused only by the turning work on making bushings to order.
I predpolojenie the destruction of the seats of the wheels occurred due to shrinkage (aging) it postmenopausny. Tensions arose between the metal sleeve and the plastic base, which led to the cracking of the plastic, the appearance of imbalance. Dynamic load completed the destruction of the fan wheel. It is a technological miscalculation of the manufacturer.
STEPANOV, G. And s t R a, St.45 Moscow region.