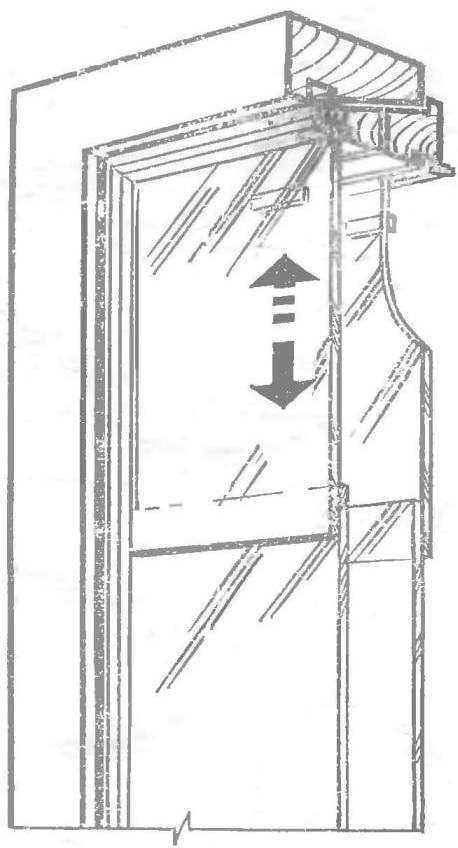 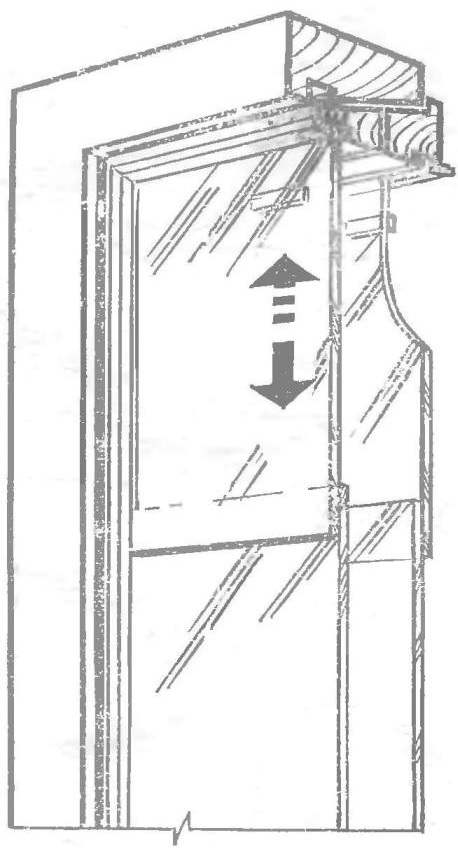 In apartments with paired window units no of vents: the role of narrow casement Windows. This is justified in summer, and then only in good weather; in rain, if he is still with the wind or sideways across the transom is filled with water. In the winter and very uncomfortable: wide open — cold and slightly open in a narrow slit through the frosty wind. That is why often the top of sash major redesigns for ordinary window.
However, the craftsmen have developed for such Windows and alternative scheme of window — sliding. It does not open and moves vertically up and down. And decided so that almost invisible even from the room, not to mention the fact that the equipment it modern Windows does not violate the architectural appearance of the façade.
It is done so. Narrow sash beadings and carefully remove both of the glass; on top of the glass “diamond” cut pieces with a length of 250-300 mm. the Remaining parts are put on the spot. Pre-frame the upper part of the groove under the glass clean under the strip of rubber. Around the border of the cleared area beadings cut, the lower part zauzhivaetsya for the passage of the omitted portion of the glass. Higher in the hole lay a strip of rubber of equal thickness. From above impose the new glass — it is about 20 mm longer than the remote — and press it the rest of the bead to the glass with a small friction could shift down. In the upper part of the stick on BF-2 or waterproof glue “Phoenix” block-handle plexiglass — pane ready. Remains clean and re-paint disturbed areas. 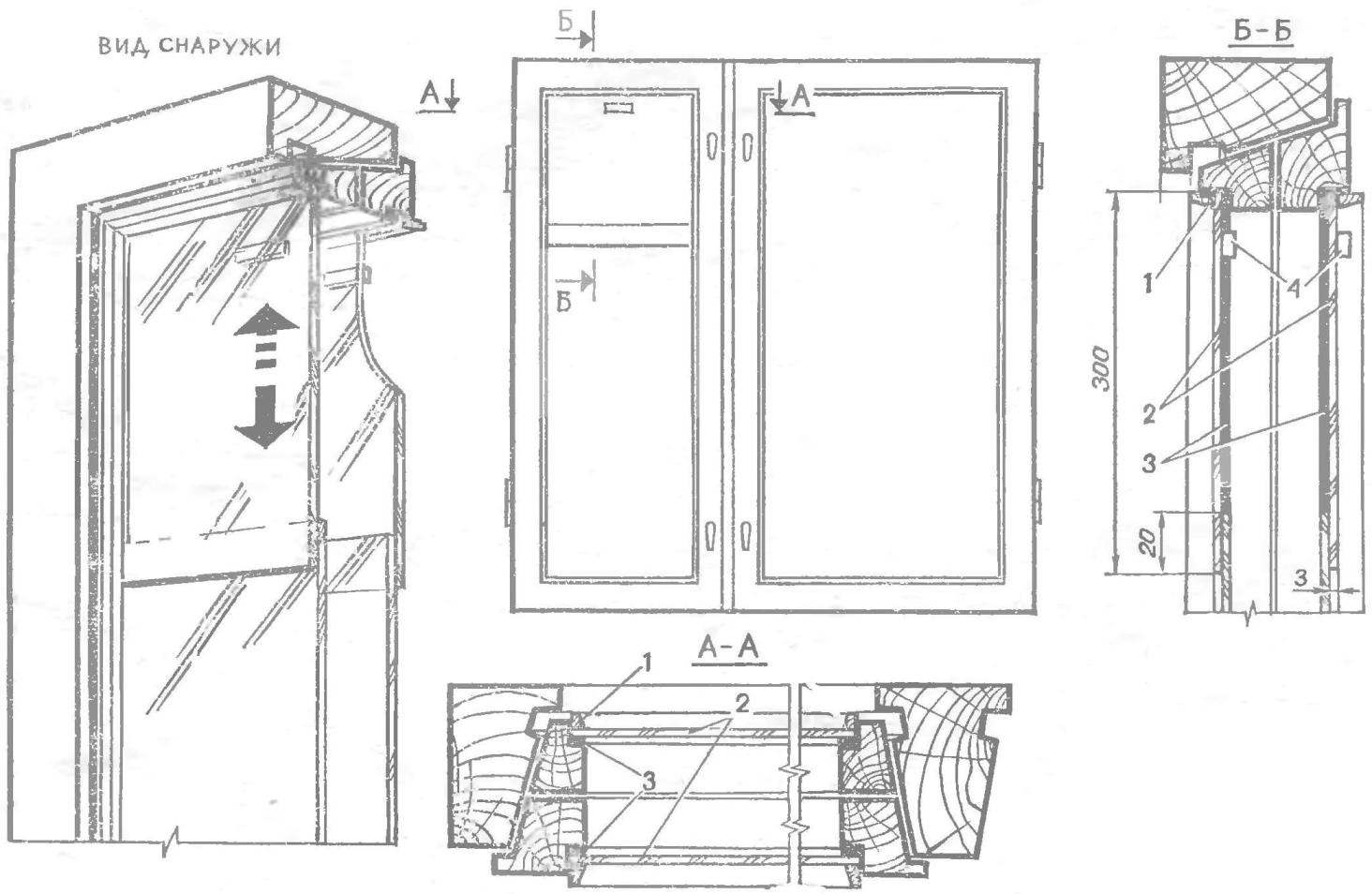 Sliding window:
1 — bead, 2 — sliding of the glass 3 — rubber strip, a 4 — handle.
Sliding window is convenient in all respects. She is not afraid of the wind and doesn’t pop under his impulses; located on the top, it almost inaccessible to rain, at the same time more advantageous for the normal circulation of air and regulate its flow, as recorded at any level when the shift down and reverse the rise. The EV scheme is tested in practice and justifies in operation.
M. FEYGIN, Pskov