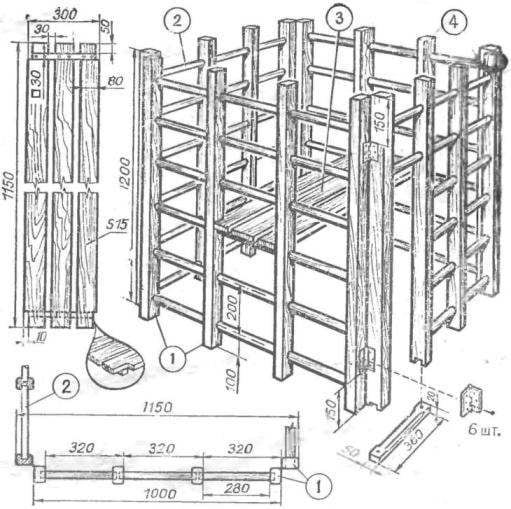 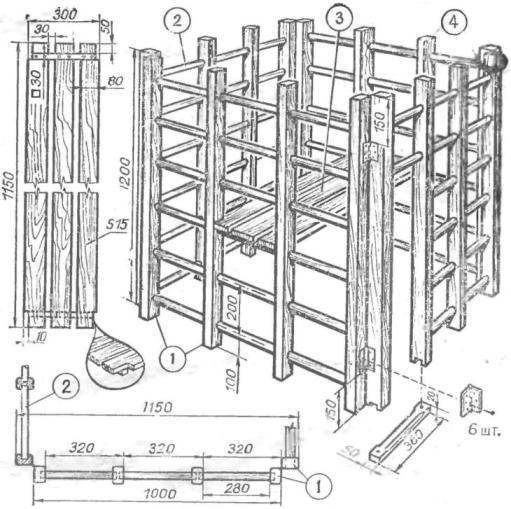 A large army of fans daily sits down to the TV screens to watch fights nimble, hardy, courageous. And among viewers — its most direct and most react violently to stressful events sporting events — children, especially younger children.
They most worried about… physicians. The fact that emotional stress, not нахоlящие discharge in nagruzkakh physical, have a negative impact on the child’s body, lead to various diseases. That’s why increasingly disturbing sounds, the word “physical inactivity” inactivity — and the resulting NC it caused complications in the development and health of children. Physical education classes in school, clubs — this is a for older children. And the youngest? They need to make the gyms as accessible as toys, that is to introduce sports equipment directly in the apartment.
We already spoke about the home stadium, designed by the Moscow engineer V. S. Skripaleva (see “M-K” № 3, 1960). Today put more simple but no less interesting room “gym” offered for kids by the American magazine “Popular mechanics”. It attracted primarily by the fact that there are no metal parts (with the exception of window hinges), and therefore make it available to everyone, who more or less owns a saw and a plane.
A few wooden beams, boards and round sticks — that’s all that will be needed for the sports complex. As you can see from the pictures, it looks like a “Swedish wall”, however, does not need fixing to walls. Box design not only makes it Autonomous, able to stand anywhere in the room, but opens up more in comparison with the wall of opportunities for exercise. There are advantages and purely psychological factors: studies on this shell guys can spend in the game, as it reminds simultaneously and the bridge, fire tower, and a multistory house, and even a spaceship — it all depends on the imagination of the child. 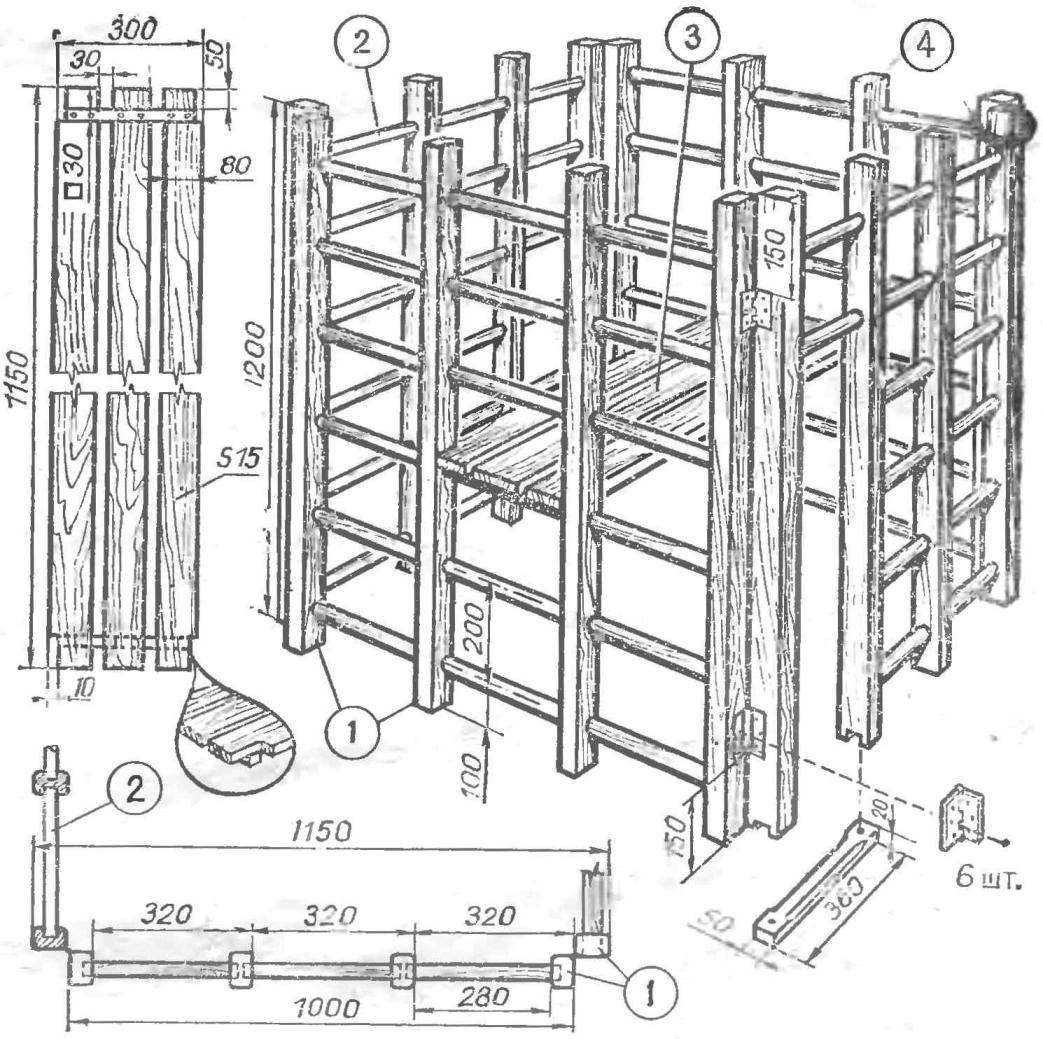 Design skladnoy “gym”:
1 — vertical bars, 2 — round crossmember, 3 — stage, 4 — ring ring.
And finally, quite important for modern small apartments detail: the complex pleat. Its walls are connected by hinges, allowing them folded in one flat package, as a screen. Assembled to practice-games, he fastened a swivel ring and a removable platform.
The device is complex and the principle sborni clear from the drawings. Recommended tree species for its production — pine, Linden, beech. All items should be well treated with plane and sandpaper Assembly glue (carpentry, casein, epoxy, PVA). Holes in the vertical beams blind or through — depending on the length of the actual round sticks. If desired, after Assembly of all parts can be covered with varnish for wood NLI any furniture Polish.