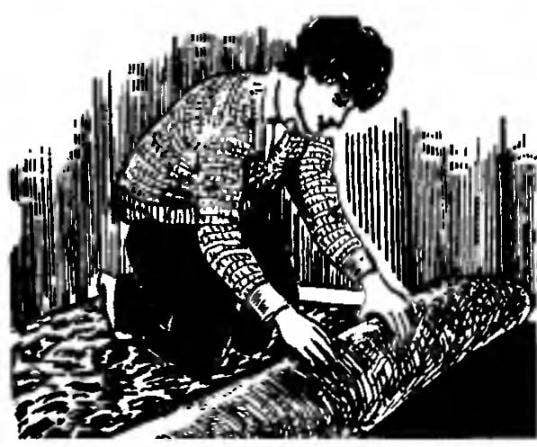 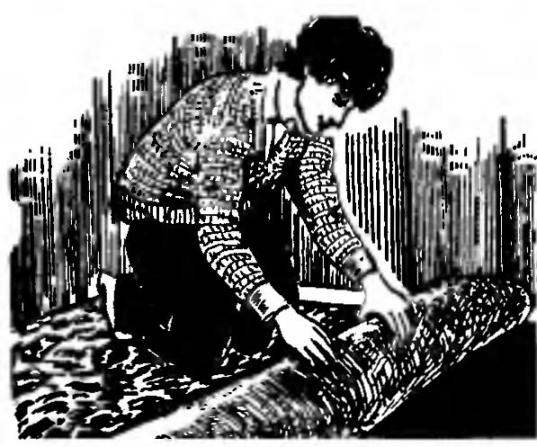 In the design of modern homes more common new materials, and among them especially popular along with traditional parquet floors uses carpet. And primarily because it is available to perform work on their own — if you equip a new apartment or upgrading old ones. In fact, any shabby floor instantly becomes unrecognizable — it is sufficient to deploy the roll of carpet.

All you’ll need that to cut the edges along the baseboards (Fig.1); to accomplish this best using a shoemaker’s knife-a joint or common in the sale of imported cutter with multi-oblamyvanija (instead of sharpening) the blade.

It is not always possible as a single coil to cover the entire floor in the room or hallway, however, to increase the cloth of the carpet is not particularly difficult. As the main part ‘ of the coating to the floor is not glued, and additional desirable to attach without attachment to the floor. This can be done in the following way. Put a small overlap of the mating parts of the carpet and on a metal ruler carefully cut through both layers (Fig.2). Carefully remove the cut strip — cut get a neat joint. Careful not to move it, Unscrew both ends and put the newspaper by pinning them to the floor with adhesive tape. Under the future site of the junction of stow on the newspaper strip of thick cloth (or leatherette), also secure it with adhesive tape (Fig.Z), and carefully spread a thin layer of mastic adhesive suitable for synthetic materials with a metal or rubber spatula (Fig.4). Now return to the place of worn on the edges, restoring the resulting joint, and roll it (Fig.5) with a rolling pin or just with a bottle.
Would be good to leave the seam under the weight (such as sandbags), until the adhesive sets. The thus obtained compound makes coating Tselikov (which is handy if you need to make it drier or clean in the snow).
This method will be useful in case you need to replace damaged than any part of the coating. Small area defects (e.g., ink droplets) can be cut with tubular punch (Fig.6). They also cut out the back of the carpet patch is harvested and inserted into the glue in the formed with a punch hole (Fig.7).
Sometimes it happens that from the base of the carpet peels off “the pile” — a loop line covering. Carefully sew it in the old place will succeed with a syringe, fill it with glue and gently squeeze the contents through the needle under a full-blown thread (Fig.8), slightly pressing it then any heavy object. 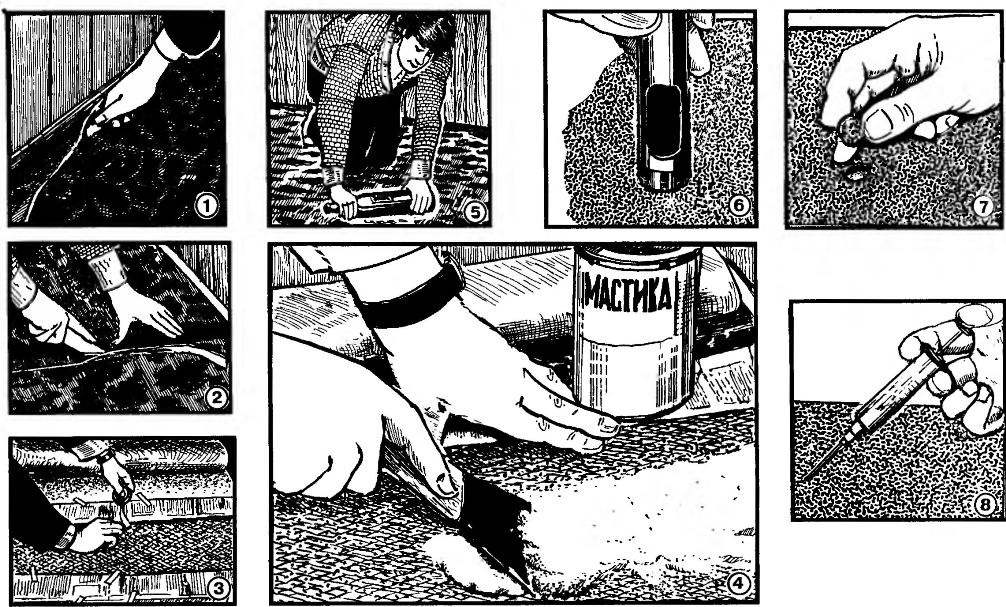 According to the magazine “Earmaster” (Hungary)