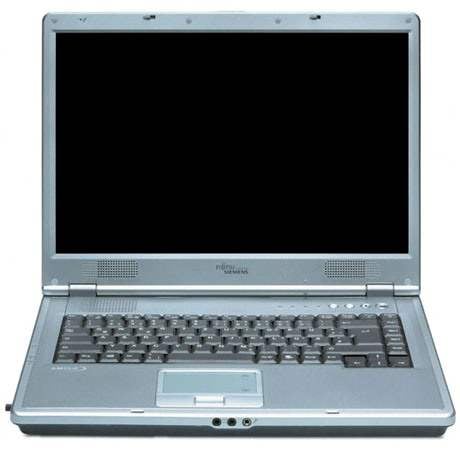 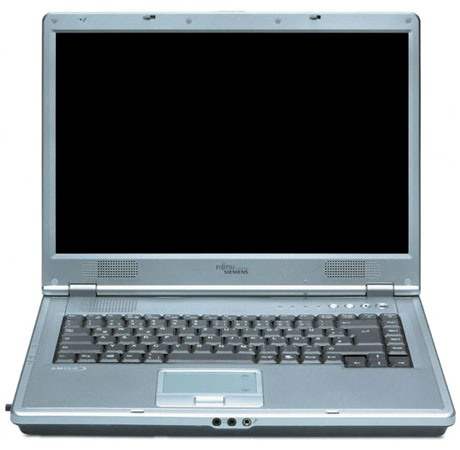 Battery (battery) of a mobile computer (laptop) holds 700 – 800 cycles charging/discharging: approximately three years of active service. With a bad battery the laptop loses its main advantage is ensuring autonomy. And then there is the problem of replacing or repairing the battery. New costs 3-4 thousand. The restoration of the old service station is estimated not much cheaper.
My laptop is Fujitsu Siemens Amilo ProV7010 (2008 release) for three years gradually reduced the work offline for up to 30 minutes (instead of the original four hours). I decided to “extend the life” of the old battery of the laptop alone, replacing elements of what some more detail next. But first I want to give a few tips on preserving the life of the battery, by process of elimination (or minimize the impact) of the hazardous processes.
Recommendations for the prevention of AKB laptops
1. The batteries must work and be kept at temperatures between +15 °C to +35 °C at normal humidity.
2. Do not leave a fully discharged battery pack for a long time. After a week or two may begin an irreversible loss of capacity of its elements, and therefore the most battery.
3. To charge the battery is necessary only in laptops or specially provided for this standard charger.
4. Current battery status can be checked using the software tool on the battery status indicator, which is in almost every mobile computer. If when you turn on the laptop to the network 220, the status of the battery indicates a fault, then charging will not occur. You should turn off the laptop, check the battery and charger.
5. When depleting the battery the laptop indicates this: hear a distinctive sound, the screen displays a warning message, flashing light indicator (led).
6.The energy intensity of even lithium-ion battery is significantly reduced when negative temperatures. If a new battery is almost imperceptible, the “well-worn” battery can fail at the most crucial moment.
7. Once a month the battery (if it has not been applied), it is recommended to re-attach to the laptop to check the battery charge and discharge force, enabling the device to maximum capacity. The battery should fully charge in a laptop or regular charger.
If the battery will serve you for 3 to 4 years, given the fact that its operation is done by the owner with a different activity (and there are times when AKB is not used) is the best much.
Attention! The message on the display “does Not work from the mains if you do not end up discharged for the battery, it is better to discharge it completely…” can be quite true, even if the battery has 40% charge. In this case, it should be discharged completely and then recharged when the laptop is switched off. This is due to the so-called “effect of cyclic memory.” Its essence is this: in case if the battery level is low, the agglomeration of particles (molecules) of the working substance in a separate battery. If you stop the discharge, that is, to connect a laptop to a power source (electricity 220V), these particles will remain larger sizes. As is known, the capacity of any battery depends on the area of contact between the particles of the working substance with the electrolyte. Of course, if the particle size is larger, the contact area smaller. As a consequence, the reduction of the capacity of the battery. This is a very important factor for the understanding of the functioning of the battery. 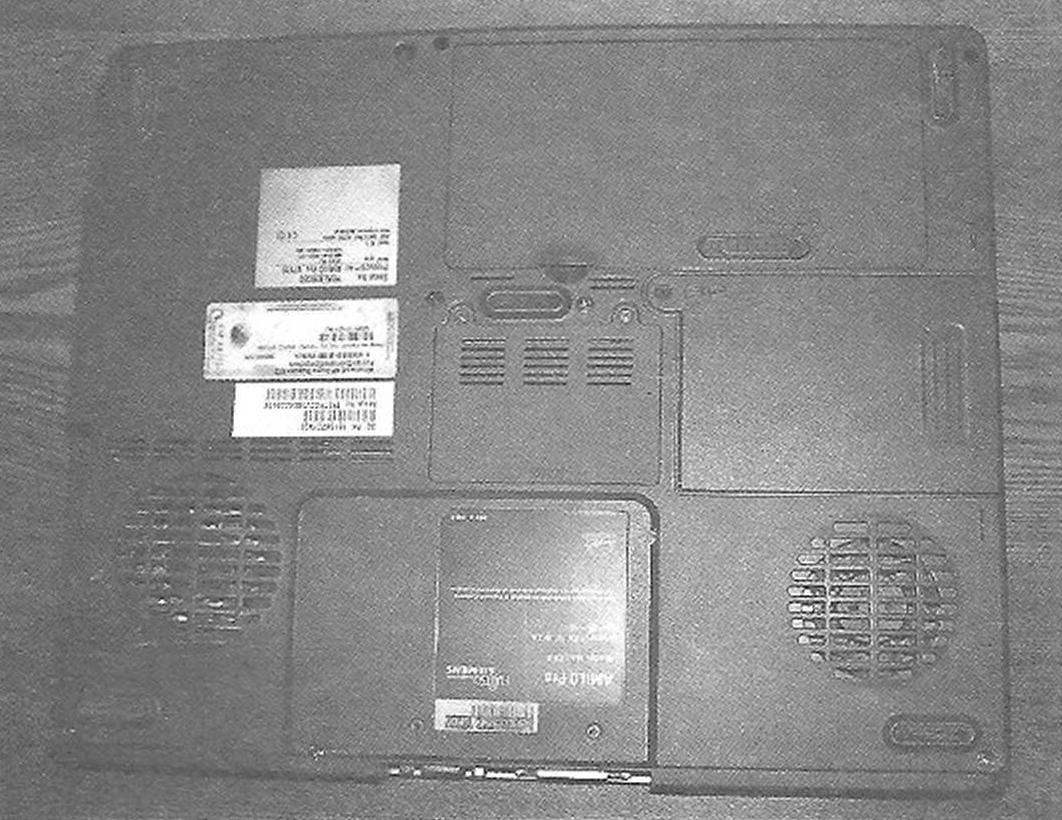 The view of the laptop from the bottom 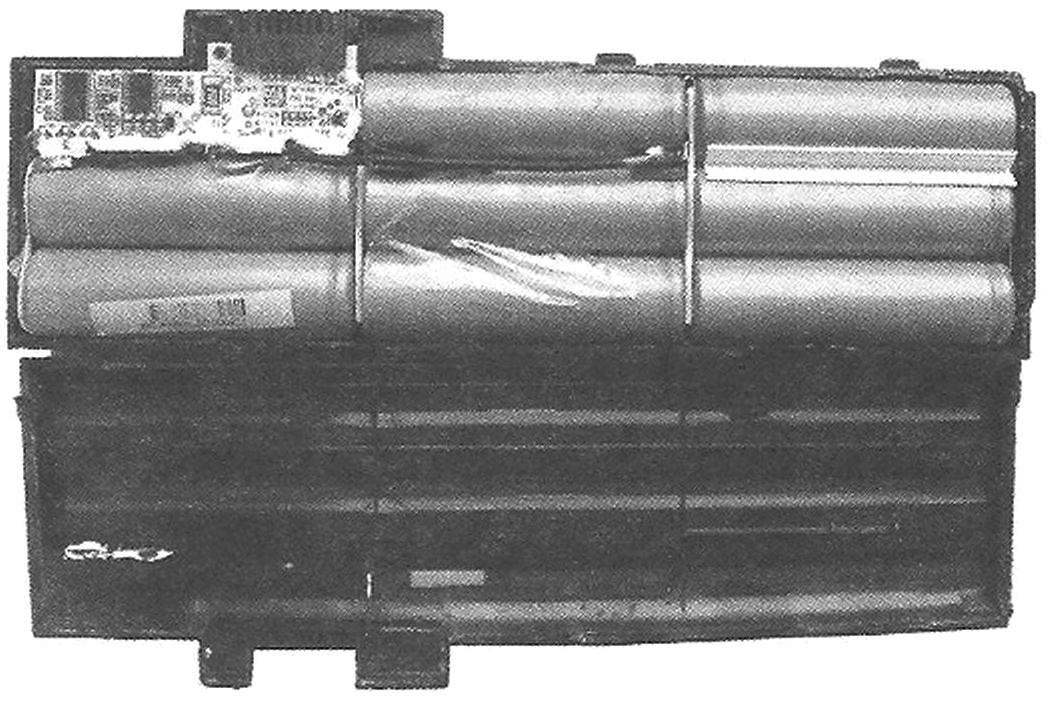 Battery SQV-403 laptop with the lid open of the case: three “AA” element in three sections
So the more you “feed” off the net is not until the end of the battery, the more likely there will be a process of decreasing intensity, and at times.
“The effect of cyclic memory” was very susceptible to Nickel-cadmium, Nickel-metal hydride battery. With the advent of lithium-ion batteries (as in laptops and in modern cell phones and photo camera) “memory effect” began to show even less, but not completely disappeared (although, obviously, physico-chemical processes in Li-ion battery differ from a leaking Nickel-cadmium batteries). So Li-ion batteries decrease in capacity.
To save energy battery for a long time (for years), it is necessary to carry out preventive procedures, “train” the battery. For this battery a natural way – when the laptop is in offline mode “battery” is discharged to the limit when the operating system (OS) laptop (Windows) with a special message warns the user about the battery drain, although this only means that the battery capacity has fallen to the minimum limit necessary to complete the work. And if at this time to connect to network 220 To – go charging and full discharging the battery and will not happen. Therefore, at the moment of the warning of insufficient capacity have to restart the laptop to save important files and not “bring down” the system. If you have the ability (skills) of control of a DOS prompt – you can download it, if, in Windows, do not know how – you need to enter the BIOS Setup (different PC in different ways, often during boot – keys are F2, F5, F8) and leave the laptop turned on.
Some time it will still work, and then shuts down. Neither in DOS nor the BIOS in this case nothing is damaged, and the battery will completely discharged. What we need for further resuscitation.
How to store the battery. Primarily to store the battery should be charged in a dry place and at room temperature.
There is a perception that if the laptop is not in use a month or more, the battery is better to take out from it. This is not entirely true. It should be noted that in a battery flows negligible self discharge, even if it is stored separately from the laptop.
The battery is in a sealed enclosure and is not harmful to the environment in any condition: discharged or charged. The process of discharging the battery in the laptop via the electric circuit the charger or charge controller practically does not threaten.
Even if you did not use a laptop, and in this case do not have the battery removed from its housing. Another thing is that, to conserve the consumption of the battery it should be periodically, at least once a month, “train”: charge and discharge. By the way, to charge the battery is possible and is enabled (running) laptop, only charging will be slower.
The method of repair of battery SQV-403 notebook Fujitsu Siemens Amilo ProV7010
Rechargeable laptop battery as possible. Turn the laptop upside down, push the latch-the latch and remove the battery.
Housing battery accurately parse using a knife with a thin blade. Inside are several separate “AA” batteries, connected in an electrical circuit.
The number of “AA” batteries required depends on the battery voltage (in this case 14.4 V) and energy (4400 mAh). In battery SQV-403 – nine such items in three sections (three in each). Sections connected in parallel.
Near the contact area with shestilavochnaya connector is PCB of charge controller and battery status of the laptop.
Battery SQV-403 consists of 9-AA elements in three sections, by three elements. Seen that one, the middle “trio” has elapsed, the voltage is only 0.4 V; and the remaining 1.3 to 1.7 V. conclusions From each section to the chip РЅ3345, 0230МЅ1 and МАХ1924 in SMD-packages on the controller Board are conduits for surface mounting. This Board (controller) provides monitoring of the battery laptop. 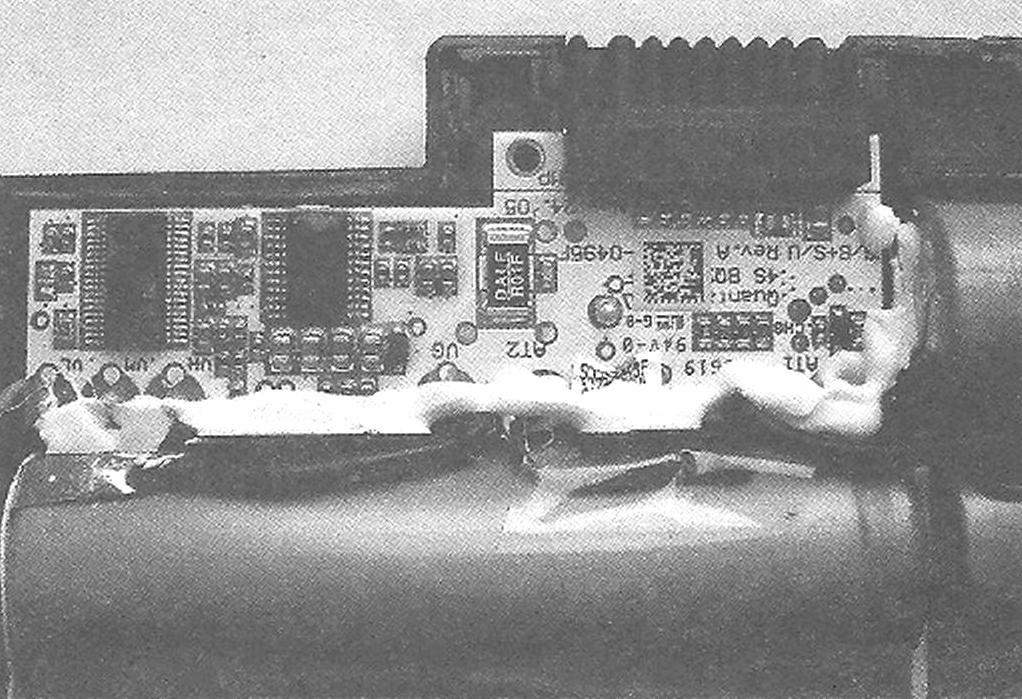 The range of disk batteries, Tina D-0,26 D collected in the “AA” element
When fully charged, the battery shuts off the internal controller from the power source in this state is maintained.
Next check with a voltmeter the state of each “AA” battery – “batteries”. In a weak “battery”, as a rule, one or more elements are faulty: (a voltmeter will show “complete zero” residual stress and high resistance when you try to charge).
If you disable the “leaking” finger element (remove from circuit) battery, you can increase the time of the laptop in standalone for 1.5 hours. To improve cardinally the same as a battery can only replace the elements.
For normal operation of the charge controller, the battery may need to “reset internal memory.” However, such difficulties do not occur frequently. The methodology can be found in the global network.
In conclusion, the battery housing is closed and dichlorethane glue (or glue for plastic Рохiроl) – dripping in several places along the contour.
Then again install the battery in the laptop and fix it.
“Calibration” of the battery
After replacing one or more items, it is recommended to calibrate the battery a full cycle charge-discharge. To do this, disable the OS “hibernate” and see how much time the battery can operate in standalone mode (without charging). If you often work from the battery, it is usually calibrated itself.
A. KASHKAROV, St. Petersburg