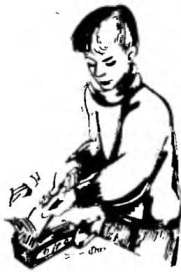 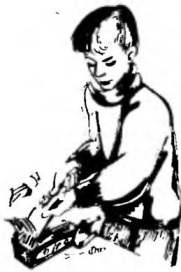 As you know, model airplanes and much hard work the most boring work is making ribs. Most often they are cut from plywood or veneer with a fret-saw or sharp knife, and then push the workpiece through the skins. Meanwhile, this is not too interesting and hard work it is possible to rationalize. Just need to make some simple devices that will dramatically reduce time costs.

The most productive operation in the industry is considered cutting. Punches can be used in the modeling. You need to do first to make the master rib is preferably made of aluminum. Then on a lathe is cut out of carbon steel ring — the length of its inner circle should be the same as the perimeter of the arch profile of the reference rib. To accurately determine this value, you need to take a strip of masking tape Scotch tape and stick it around the perimeter of the rib. The ends of the strips are trimmed so that they fit without a gap and overlap, after which the strip takes place and it is measured a ring.
Its working edge is sharpened, the workpiece is accurately bent in accordance with the form of the reference rib and quenched. Felling is best done in a conventional bench vise, as shown in the figure.
However, with logging ribs should not hurry. Usually, each rib has a window to facilitate the cut which is also not so easy. They can also be done using the groove. Rod it is machined from carbon steel on a lathe. The punching of the desired configuration is easiest to do on a steel frame pyramid shape — billet rods onto a mandrel with a heavy hammer, and is crimped by its perimeter. It is only necessary to consider that the shank of such a perforation is made on the inside (unlike the stamp for cutting the ribs — it turned outside). The final operation for the manufacture of groove — quenching. 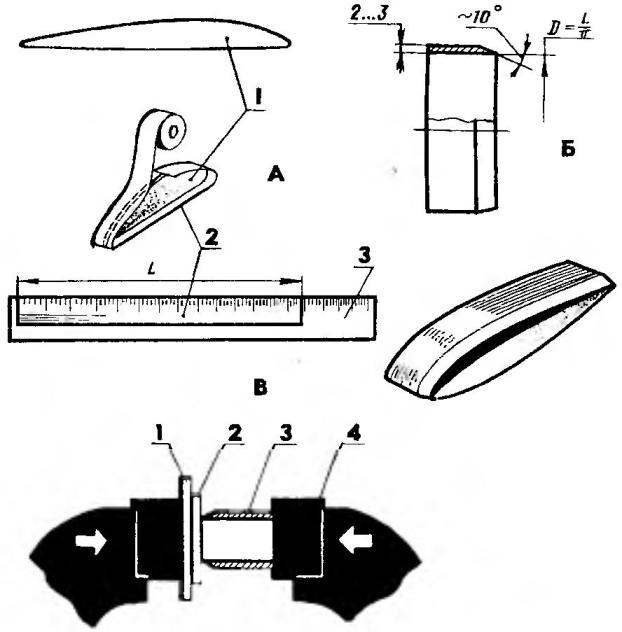 A method of producing ribs by a method of cutting (perforation).
A. measurement of the perimeter of the rib:
1 — the reference rib, 2 — sticky tape. 3 — line.
B. Annular billet and finished cutting stamp-piercing.
B. Cutting of the ribs:
1 — lined interior with plywood or carton, 2 — piece made of plywood or veneer, 3 — notch, 4 — bench vise. 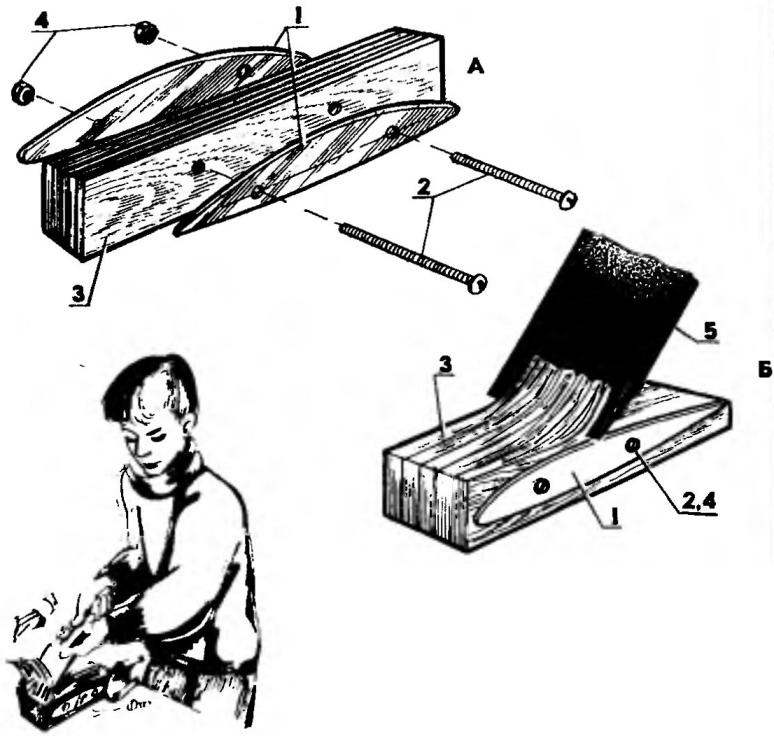 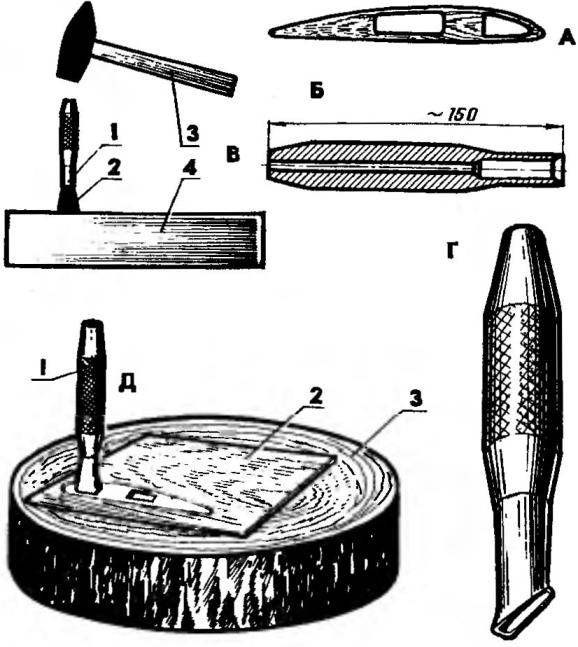 A method of producing holes to facilitate ribs.
A. configuration of the rib.
B. Turned blank cutting die-cutting-out.
B. Giving the notch a given configuration:
1 — billet rods, 2 — steel mandrel, 3 — hammer, 4 — I plate steel.
G. the Finished notch.
D. Cutting holes facilitate rib:
1 — notch, 2 — piece made of plywood veneer PLI, 3 end cut solid wood.
Cutting holes is best done on the front end of the dense wood. By the way, in many cases first makes sense with the reference rib plan on plywood or balsa blank future location of the ribs, then figure out the holes easier and it in the shut to cut down in the grip itself rib.
There is another way of serial production of ribs. To start from a sheet of aluminum with a thickness of about 3 mm are cut out of the reference rib, then drilled two holes with a diameter 4 or 5 mm. Further from plywood, veneer or balsa wood cut into billets, which through the reference rib through jig drilled holes. Of the workpiece together with the reference ribs are going in the package and are pulled together using two bolts with nuts as shown on the drawings. Processing of the package is razor-sharp chisel or a knife joint. Form obtained in this way the ribs will be perfect.