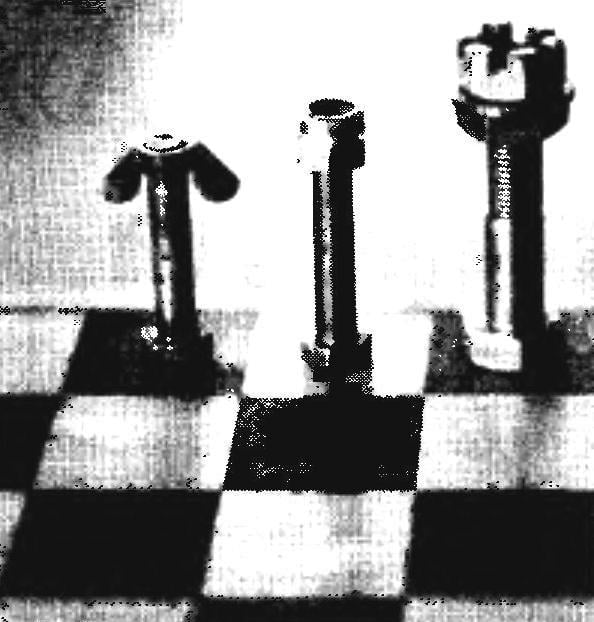 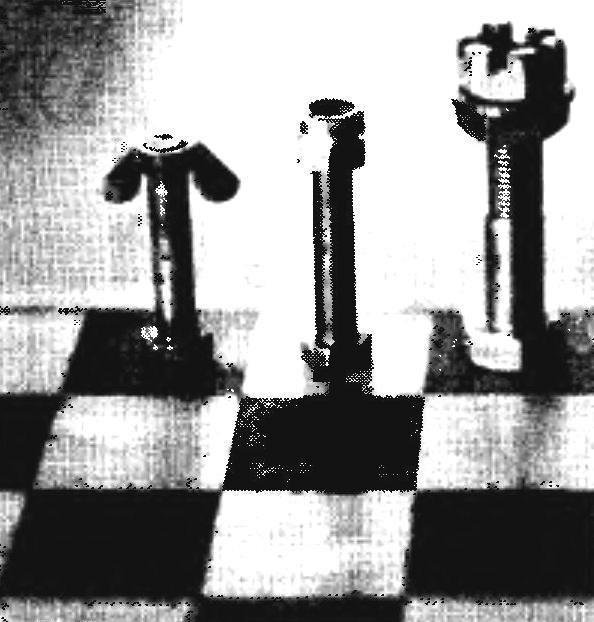 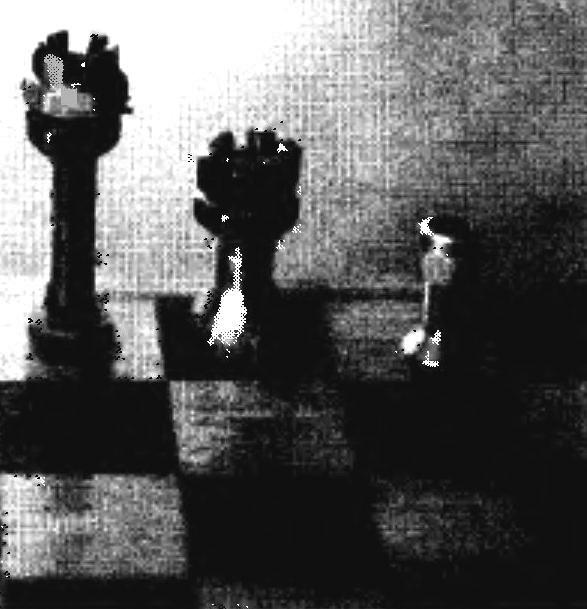 Once, when away from roads, I felt that with the machine there is something wrong, but I do not understand. I had to stop on the first encountered small’s auto service station.
The master is, and as it turned out, he and the owner of this station, at this time we dined in store from house all the slo-mo, while solving some chess problem. I also became interested in chess, but not so much composition, how much placed on the Board and lying next figures. Such I saw for the first time— very unusual, they were each figure represented a certain combination, assembled from standard steel bolts, screws, washers and nuts, and “appearance” of the figure of the fasteners was quite recognizable and different colors: dark and light. The chess “Board” was also fit — blued sheet steel with gently caslifornia sandpaper “white” cells and carefully scratched, as expected by all parties, Latin letters A, b, C, D, E, F, G, H, and Arabic numerals from 1 to 8. Only one discrepancy was evident: the cell is “1A” and the other cells in this diagonal was light, whereas according to all rules they were supposed to be black.
To figure does not slip on the Board and are not stripped the remaining blued cells, in their sole was glued round pieces of tape.
Postponing lunch and listened to my comments on the “behavior” of the machine, the wizard asked me to finish for him the solution to chess problems, and he began to find fault. 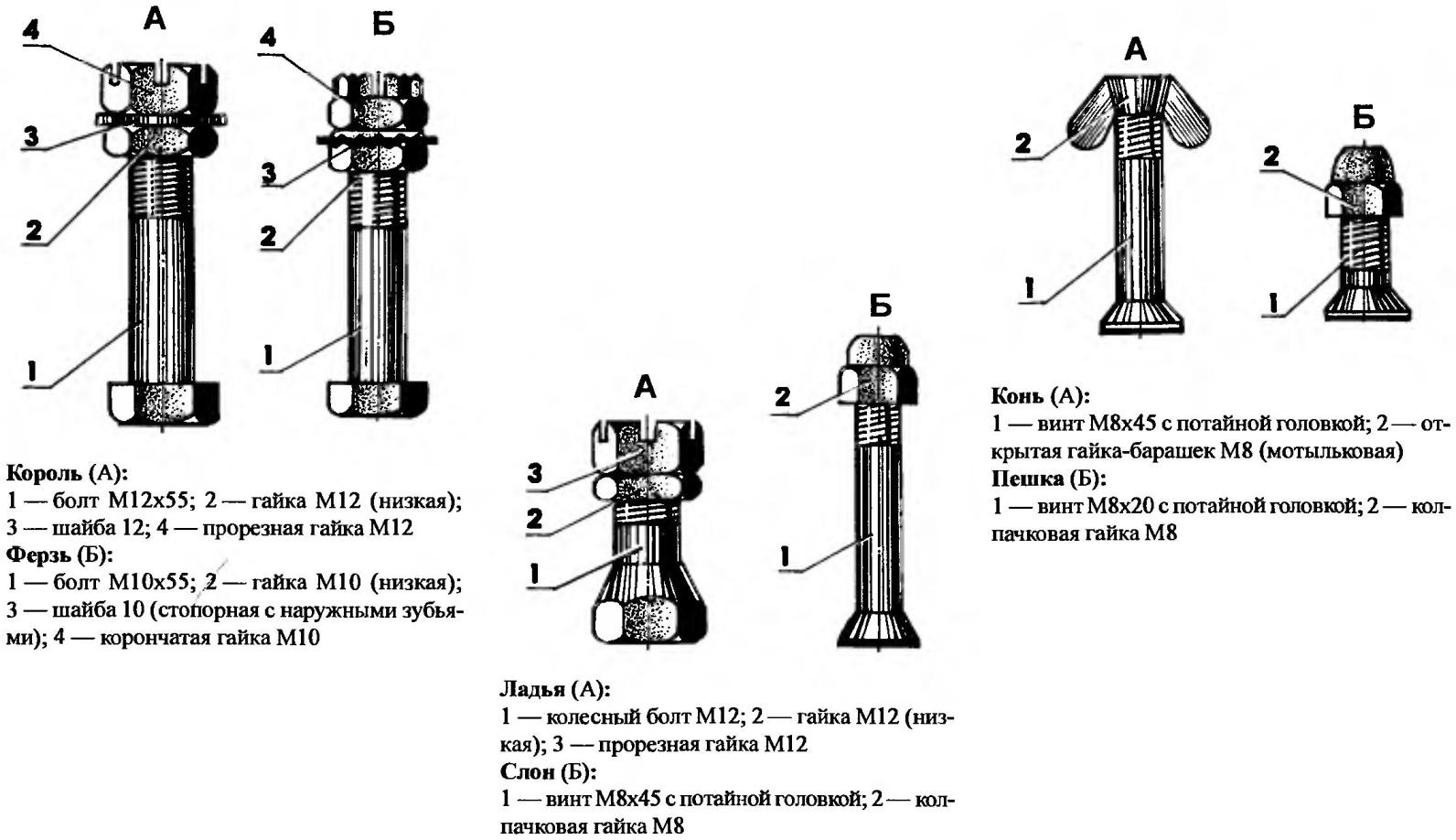 I asked the master permission to make sketches “hardware” pieces, as I had no camera.
The task “run”, unfortunately I could not solve and somehow lost interest in it, but the master problem in the car “sorted out” quickly — I barely had time to sketch drawings.
Then at home I gathered from fasteners set of chess pieces and photographed.
The reader will see some small differences between the images of the figures in the pictures and drawings. They arose because I have in stock their Assembly was not exactly the same fasteners that were from the master, for which he and readers I apologize. But I think big trouble in this. Because part selection is not so critical, only when symbols are bolts, screws, nuts and washers like usual chess pieces. And if some of them were not quite similar to their “prototypes”, when playing them will help the imagination.
A. POLIBIN