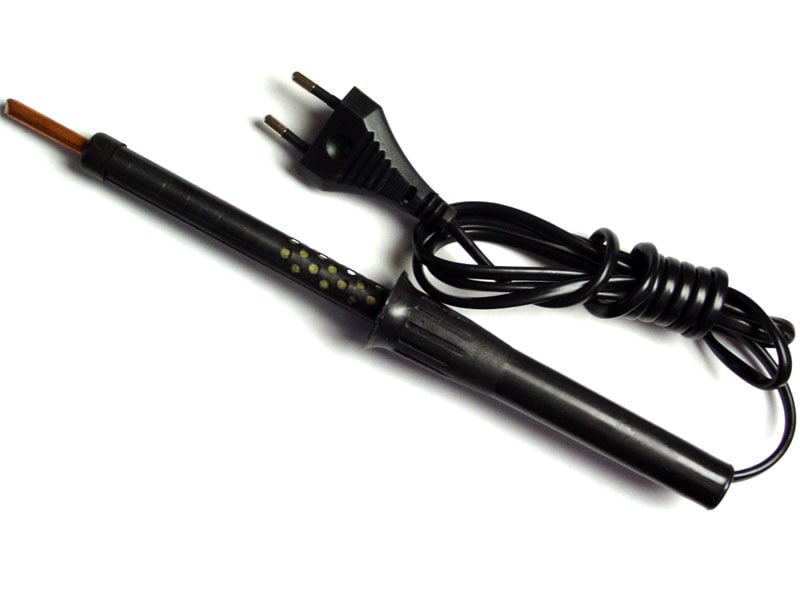 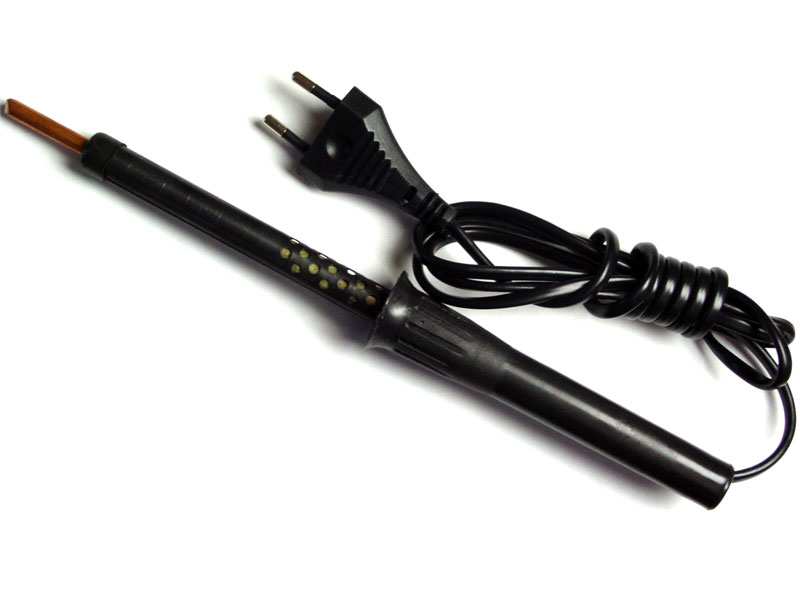 Burned a soldering iron, remained unfinished design… to Get out of the situation will help the soldering iron-impromptu. Cut out a 2-mm fiberglass charge, shape and size of a soldering iron. To provide two holes for ersatz heater, which works fine 10-watt resistor type sew-10 resistance 1 kOhm. It is necessary to connect a “wire-wrap” (about this method of installation, see the journal “modelist-Konstruktor” No. 4’2001), missing in the holes in his conclusions, the power cord burnt the soldering iron (as insulation it is desirable to use heat-resistant “sleeve”).
Further shank glass fibre laminate Board fits over the handle and inside of the resistor PEV-10 is inserted a 6-mm rod from the burnt soldering iron (for example, from APCN-40), slightly flattened.
If you want you can make a soldering iron with interchangeable ersatz heaters of different capacities (such variant and is shown in the figure). However, it additionally need heat-resistant pad lot female pin connector RPZ-30 under blade contacts. In it, mounted on a glass fibre laminate Board with the shank and connected to the network cable, and inserted their findings replaceable resistors-heaters.
For use in the construction of the impromptu soldering iron sew-10 resistance of less than 820 Ohms should not — the probability is high that it will burn quickly. If there is no resistor of a suitable value, it is possible to be satisfied with an integral heater, placing on lightly a slender rod one behind the other two, sew-10, and connecting them electrically in series or parallel. When you ersatz the heater resistance of 1 Ohm will get the soldering iron hot soldering tip equivalent to 30-35 watt. 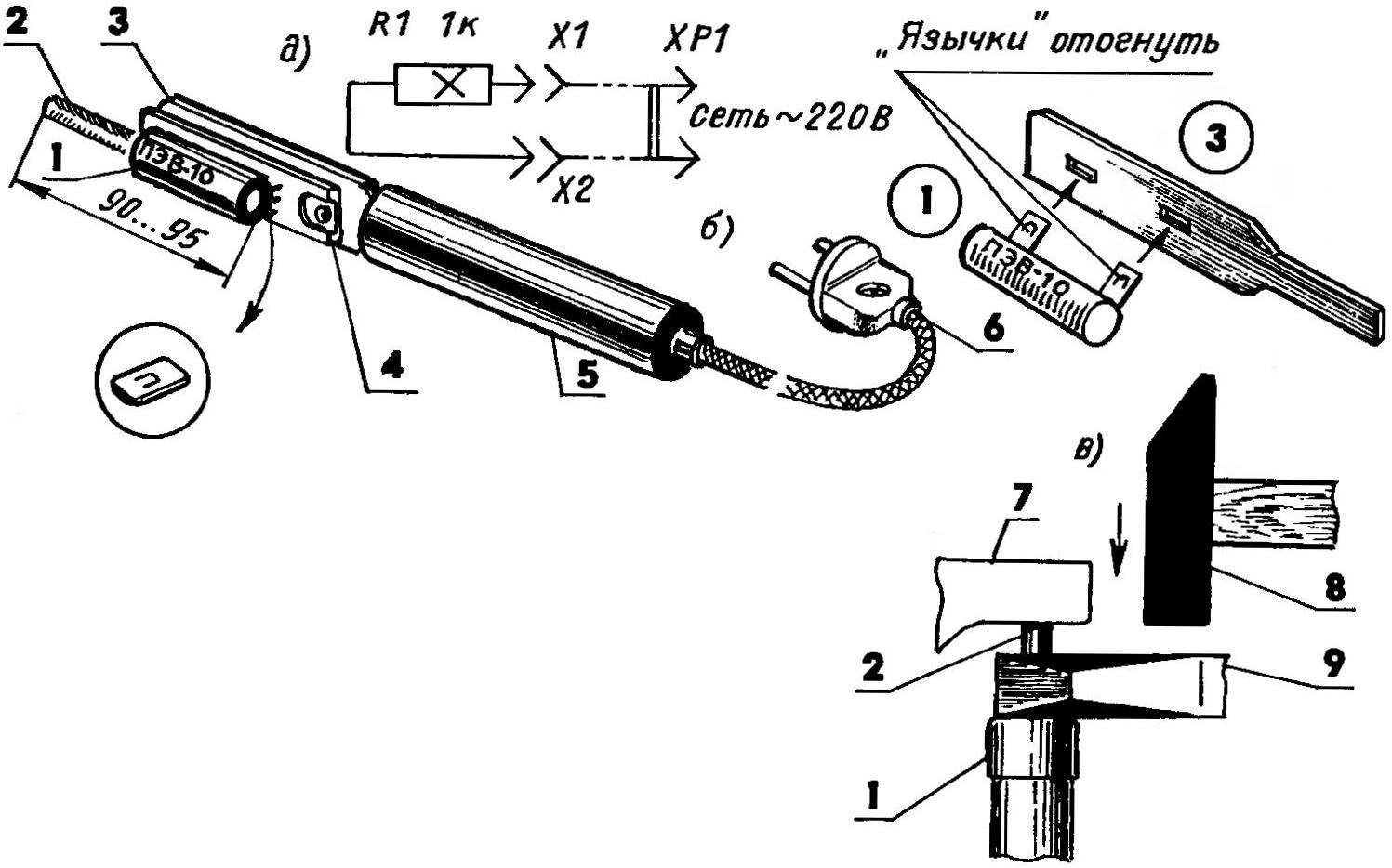 A circuit diagram of the impromptu soldering iron (a) device (b), as well as methods of extracting the “burnt” rod for subsequent replacement by new ():
1 — the ersatz heater (resistor PEV-10, 1K); 2 — brass rod; 3 — glass fibre laminate Board shank; 4 — heat-resistant female connector (in the simplest version of the impromptu soldering iron may not be present); 5 — handle 6 — power cord with plug; 7 — compressed jaws; 8 — hammer; 9 — pliers; details 2,5,6 — blown soldering iron
Sting is completely isolated from the network ceramic base resistor, leads him a little, so the impromptu soldering is possible without any restriction to recommend for installation of instruments and devices, FETs, CMOS chips are sensitive to static electricity. Reliability and durability is also what is called guaranteed. Although the estimated power dissipation ersatz heater several times exceeds passport that is valid for PEV-10, but the resistor does not overheat, as the impromptu soldering iron features efficient heat sink with copper core.
PVC insulation power cord (when the soldering iron for eight hours continuously) melted at a distance of 4 mm from the output pads. Further it does not melt. Hence, in this sense, the reliability of the soldering iron is high. In addition, you can reduce the heat in the soldering tip during pauses in the work (for example, the inclusion in series with the resistor diode D226 — with toggle switch or contacts which are triggered by the installation of a soldering iron on a stand).
And a couple of tips. Before installing in soldering a new terminal end, preferably chamfered. It is also recommended that after finishing the soldering rod to remove and store separately. Or at least crank it to eliminate the layer of dross, due to the presence of which sting “burn”. By the way, such a preventive measure useful for any soldering iron.
V. BESEDIN, Tyumen