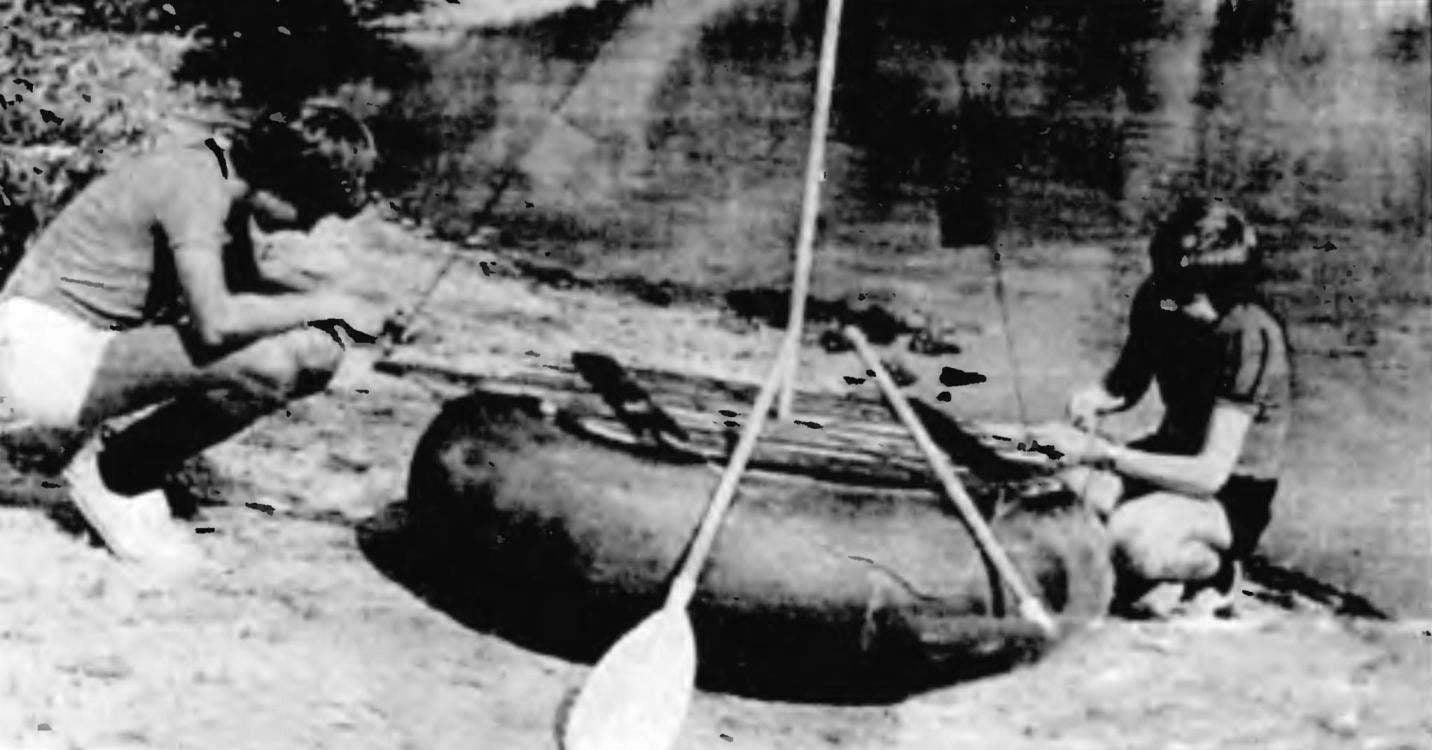 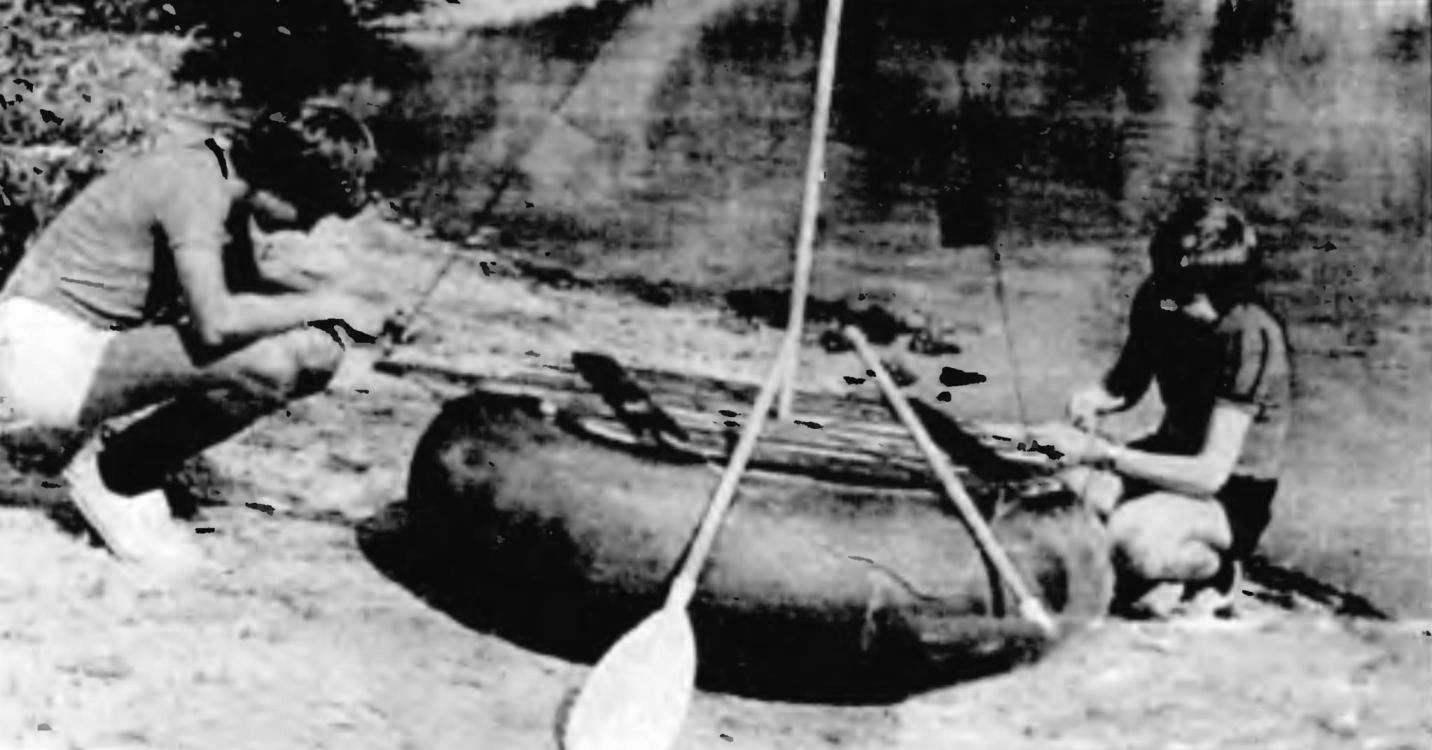 What kid does not dream of seas oceans; who as a child dreams of becoming a sailor? If there is at least some trickle — what kid can resist the temptation to put him on a boat! And if nearby there is even a small pond — a rare teenager does not want to build any “watercraft”, even a rickety raft out of boards, to immediately “go” to risky sailing on it.

For such dreamers to conquer the water spaces of the German magazine “Jugend und technician” tells a simple variant of the swimming facilities on the basis of the inner tube (cylinder). Such a boat under power to make the teenagers themselves benefit nothing difficult in it, and the material — sticks-plates. they can always find the ubiquitous boys.
What would it take?
What are we going to build this boat-the”donut”? Except for the camera from the truck, the favorite companion of kids during the summer bathing is required only a simple wooden items.
First of all, it is a small piece of scrap wood beams (props to mast) and four plates for fastening vraspor inside the container. Mast will serve any long stick or the handle of a shovel. Several slats (planks) nailed together two the same cross-section, form a “deck” flooring on the cylinder, and one of his strips is longer than the other, it would be “bowsprit”. But to pick up two more sticks (rod) shorter mast and nail them fanerki — here and paddle ready, you Can prepare the boat to sail.
Build boats
First, assemble the bearings mast: nailed (as shown in figure 2) four plates to the beam (all in place). The resulting cross stacked inside the container and fill it so that the plates in it was breaking (Fig.Z). Imposed from the top deck-“deck” in the middle of which the Central rail first make a hole for a metal pin (a nail), ahead of time driven into the timber supports of the mast. On threaded through the pin deck “put on” the mast at the end of which the prepared response the hole. Now we need to strengthen the mast through the top noise long cord which ends in their tie at the ends of the slats-“bowsprit”. The “bowsprit” in its middle part nailed several nails to the timber — the base of the mast. 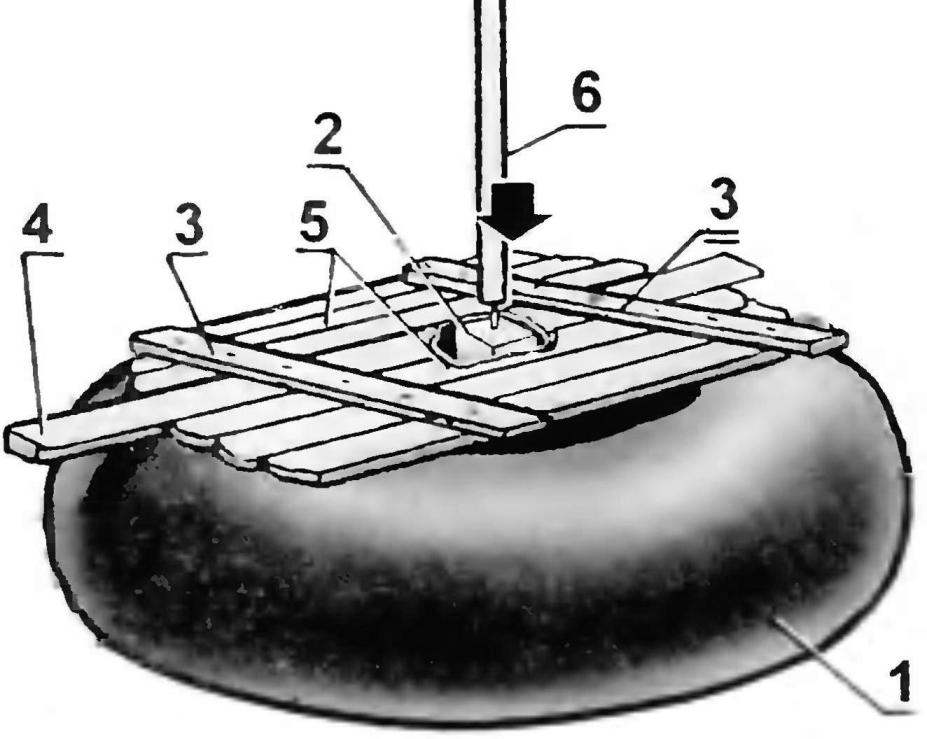 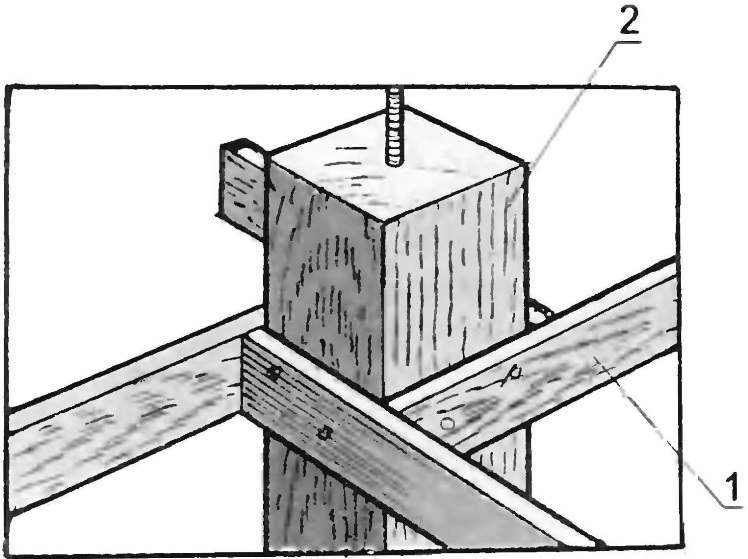 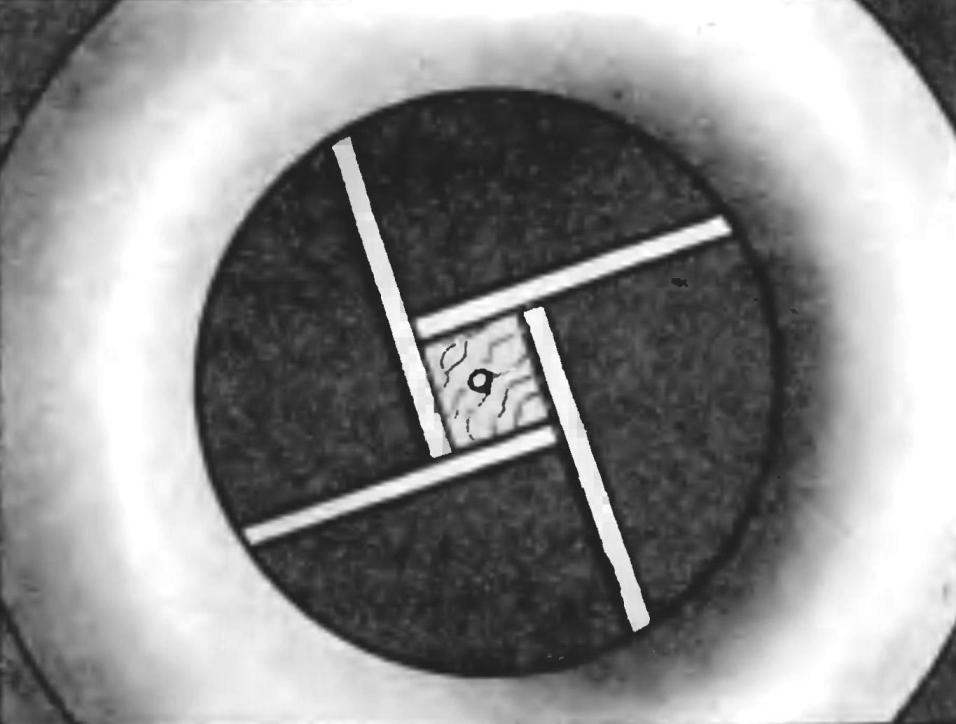 Fig. 3. Lowering the base of the mast inside the balloon after its inflation 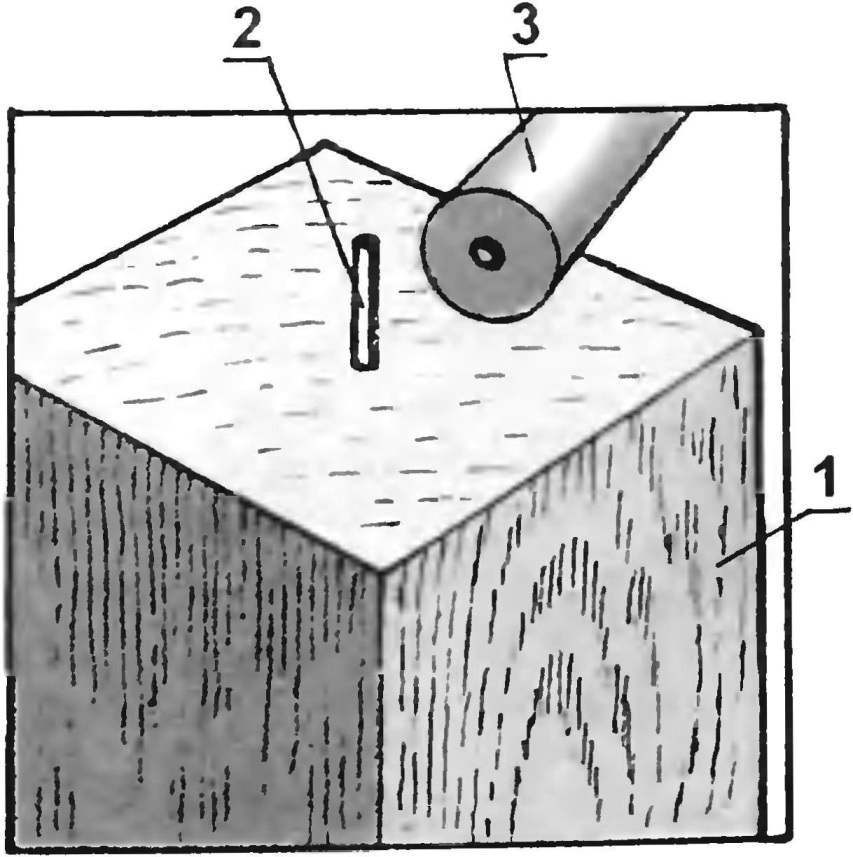 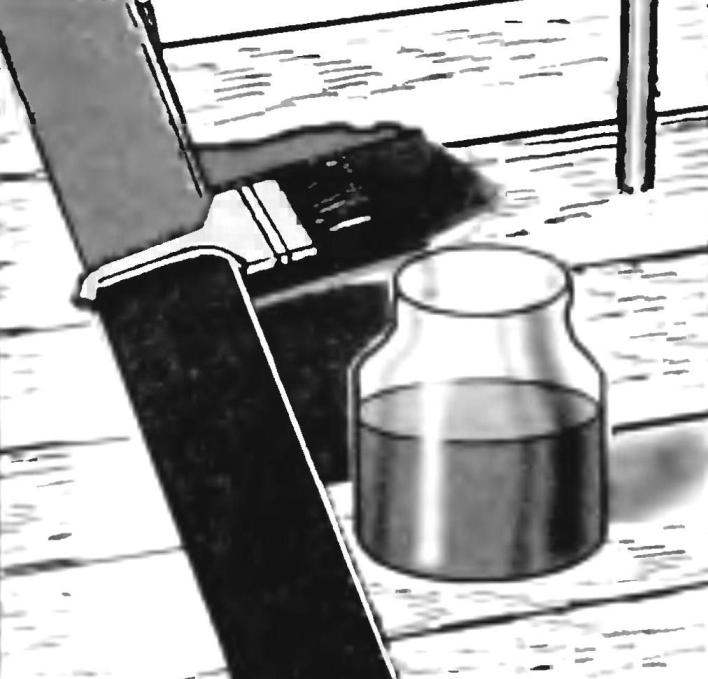 Fig. 5. Conclusion: the color of the flooring of the boat
Finish
All the nails holding the slats of the deck must be carefully bent, and all wooden parts to avoid splinters carefully sanded, and then painted with oil paint (preferably of different colors, so everything was bright and beautiful). This concerns not only the deck but also the mast, and oars.
Each respected the ship sails under any flag. Need to attach this on the top of the mast of our boat. And “aloft” — stretch the cord of the mast to hang bright flags of colorization.
All construction and equipping of the “ship” is finished and can be reached by water. Happy sailing!