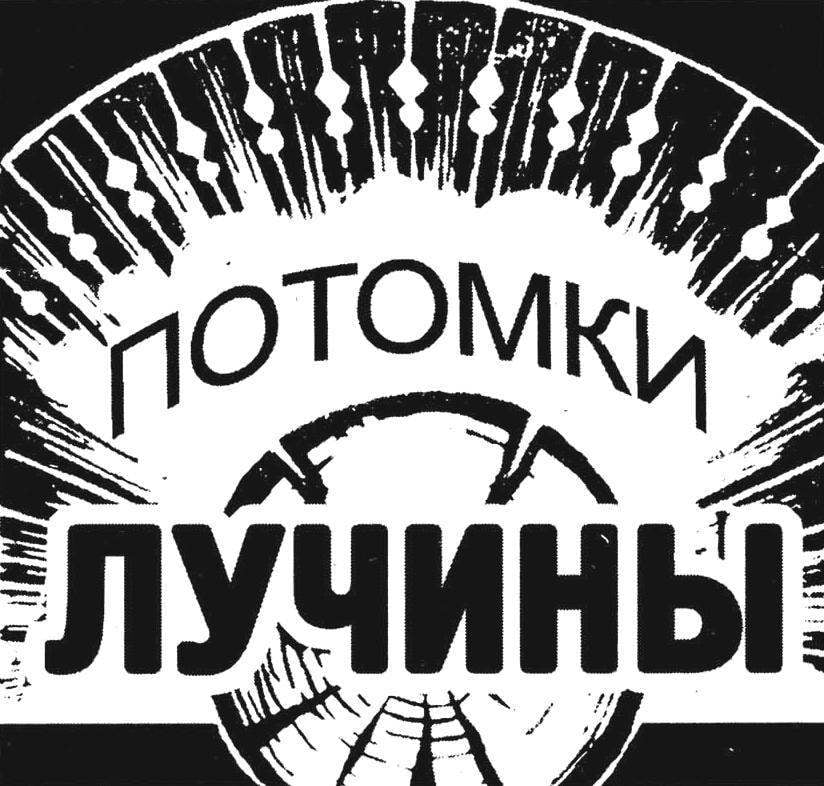 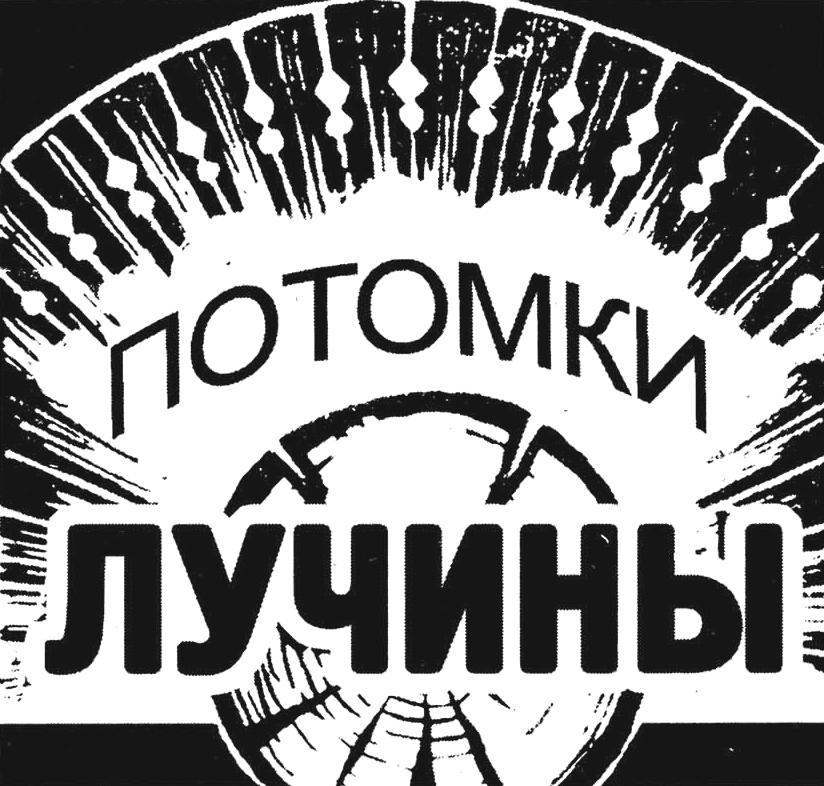 Have wood outstanding ability to split easily along the grain. This property we use, when Kohl firewood, split kindling.
Wall panels (Fig.1), lamps, pencil holders, magazine racks and screens — this is not a complete list of what can be made of kindling. But first you need to learn how to chop wood. It’s enough to have only two tools: a butter knife with a wide blade and an ax.
Any log can be split in two ways — in tangential direction (Fig. 2A) and radial (Fig. 2B). If a piece of wood to split so that the split plane is passed through the core, you get baclawski, whose surface will be radial. And if you split in any direction, the surface of the chip will always tangentally. For example, splinter with tangentally planes of the split can be obtained from the bar, which year layers located transversely (parallel to its narrow faces, Fig. FOR). If annual layers in the block parallel to the largest faces (Fig. ZB), then the torch will be obtained with radial cleavage.
Keep in mind that not all trees are equally split in all directions. For example, oak wood is well split in the radial direction only. Medullary rays diverge in all directions from the centre, coincides with the radial plane of the split and thereby facilitate the splitting. When tangential split they, on the contrary, if the coarse thread tightening wood fibers. These features account for oak Bocharov, when harvested stab staves for Coopers ‘ ware. 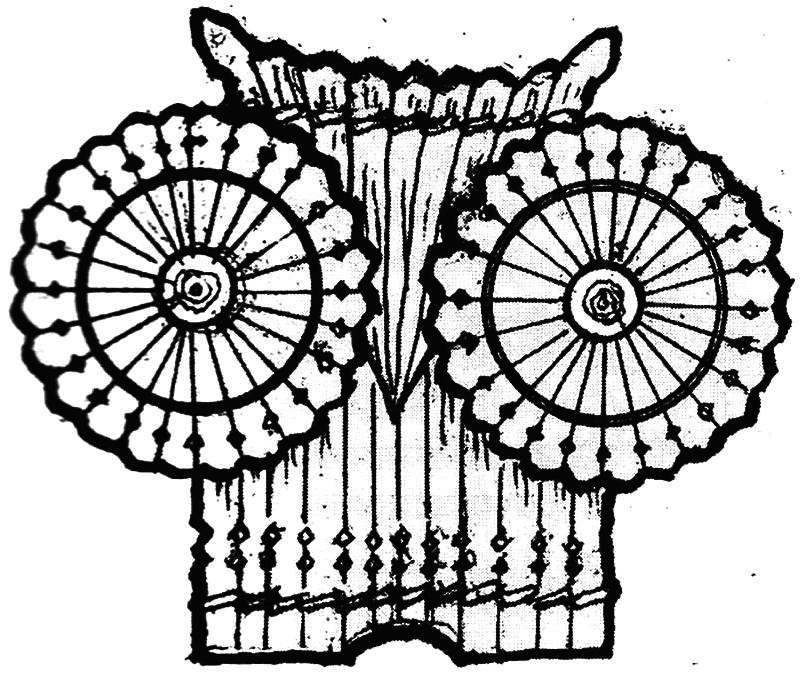 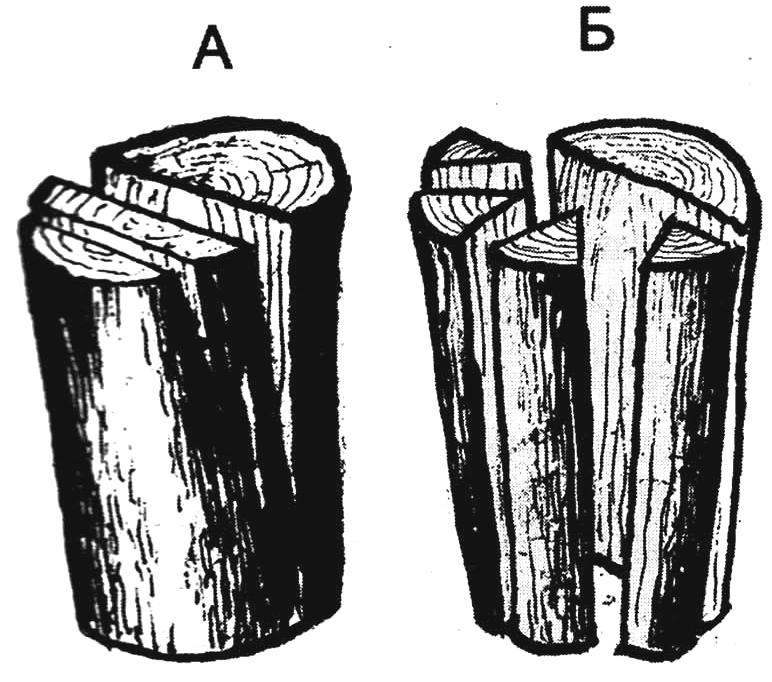 Fig. 2. Ways of splitting churbachka to the bars:
A tangential direction; B — in the radial direction 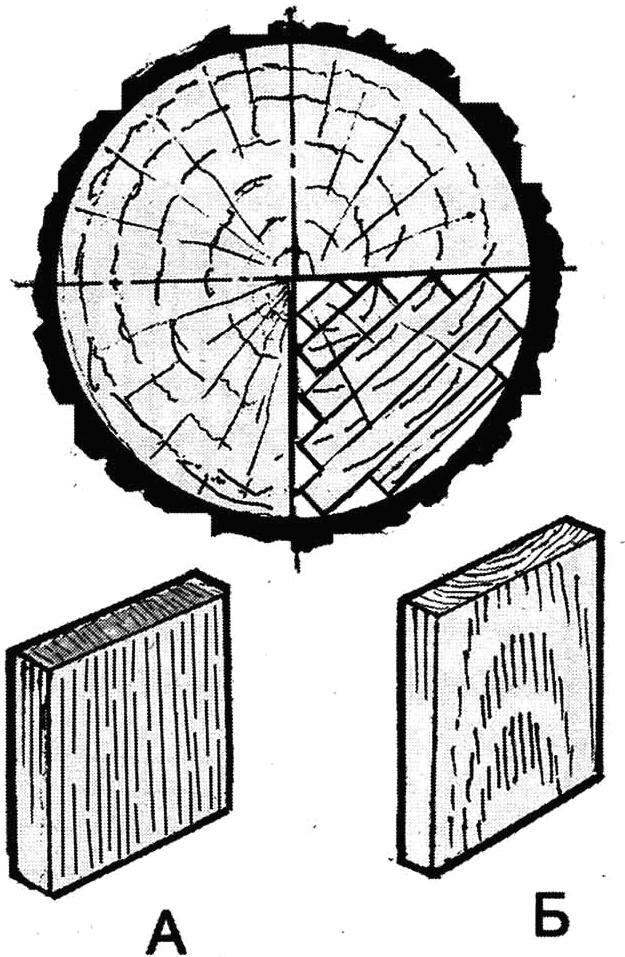 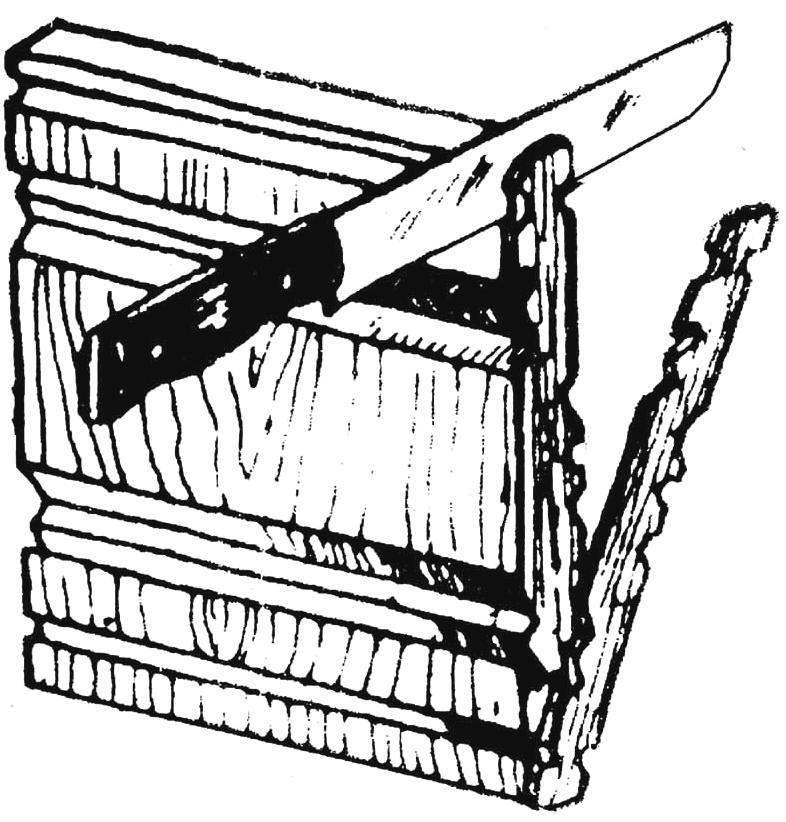 Fig. 4. Obtaining curly stripes thanks to a cut on the workpiece, the grooves
Wood of aspen and poplar due to poorly developed medullary rays well pricked in all directions, so it is the main material in the production of matches.
Well shooting up in all directions and pine with spruce, while in the radial direction better than in tangential.
Has a value and width of annual rings. More clean and smooth cleavage happens at the grained wood.
If you put kindling on the contrary the burning of the lamp, as a torch would illuminate a soft warm light. Take several splinters of wood of different breeds and compare their color and pattern. Each of them will glow on its own. Wood fibres of aspen against the light white turn into zolotistoye. About the same color acquire splinter poplar and Linden. And splinter more dense wood birch translucent weaker — they are painted in thick yellow-buff color. Especially beautiful in the lumen of the softwood trees: pine, fir, larch and cedar. The sticks of these trees against the light like amber poured a variety of shades — from light orange to crimson red. Almost crimson color to acquire those parcels that are located close to bitches, and contain much resin. The gap is well different texture that makes the wood even more expressive.
All these features need to be considered first and foremost when working on different lamps. With decorative brim lampshade can be recruited from the splinters with a different color, alternating pine kindling from aspen, Linden with spruce. Alternating two dark-colored kindling with one light colored and Vice versa, you can build a composition on a clear rhythm of color patches. Of a torch from colored wood of alder, oak, Apple, pear and cherry are almost translucent, so lights they are rarely used.
All chip products separate sticks better to associate with each other with twine from hemp, flax, bast or pine, spruce and cedar roots. Do not want to use strings made of synthetic materials that don’t mix with wood. For flexible connections, such as magazine racks, need flax, barks and hemp twine, and hard, e.g. for lamp shades, — the roots of spruce, pine and cedar.
Because the shade must be a rigid structure, the torch between them, it is desirable to connect the thin spruce or pine root. If such roots to prepare failed, instead, use strings of bast or hemp. Only in this case the inner side of the lampshade to reinforce the rigidity of the hoops from the torch or from withy.
In the woods, where grow coniferous trees, harvest the roots is possible at any time year, except winter. They are easy to detect so-called vyvorotka — trees, inverted with the root of the storm. Most often suffer from windblown spruce, as their root system close to the surface. But don’t look for fine roots really turned rhizome — they are not there when you are falling of the tree they broke away from the roots remained in the ground. So, to look at the edges of the holes remaining from the twisted root. Look closely and you’ll see sticking out of the ground ends of the roots. Gently pull the end of it — and it will be in your hands. The length of individual fir roots up to several meters, although the thickness rarely exceeds the diameter of ordinary pencil. Harvested roots, rinse in water and remove the crust. Cleaned, they will become approximately two times thinner. Coil them into little balls and can keep for many years. Dried roots lose their elasticity. Therefore, before applying steam them for 5 — 10 minutes in hot water. The roots will become flexible Too thick the roots of the laminate into two or four parts.
Prepared necessary materials get to work. Before to split the workpiece cleaved into thin sticks, moisten it: put it in some Tupperware, and pour hot water. Half an hour later swab If the wood is badly split then soak it in water for some time. If, on the contrary, it is too swollen, slightly dry it.
The knife that you are going to split the workpiece must not be very sharp. Otherwise it will be cut and not the wood to break down, compromising the integrity of the fibers. Splitting a simple bar, you will receive the torch in the form of rectangular strips which are basically going to weave. For decorative panels and fixtures of a torch additionally decorated with curly cuts. Exactly the same outlines of the slots on separate chips is achieved by cutting grooves in the workpiece to the cleavage (Fig. 4 shelf carved sticks depending on the function of the product interlace with twine or vine.

Fig. 5. The types of angled Welt strips:
But with curly ends; B, a rectangular-cut, D— weave 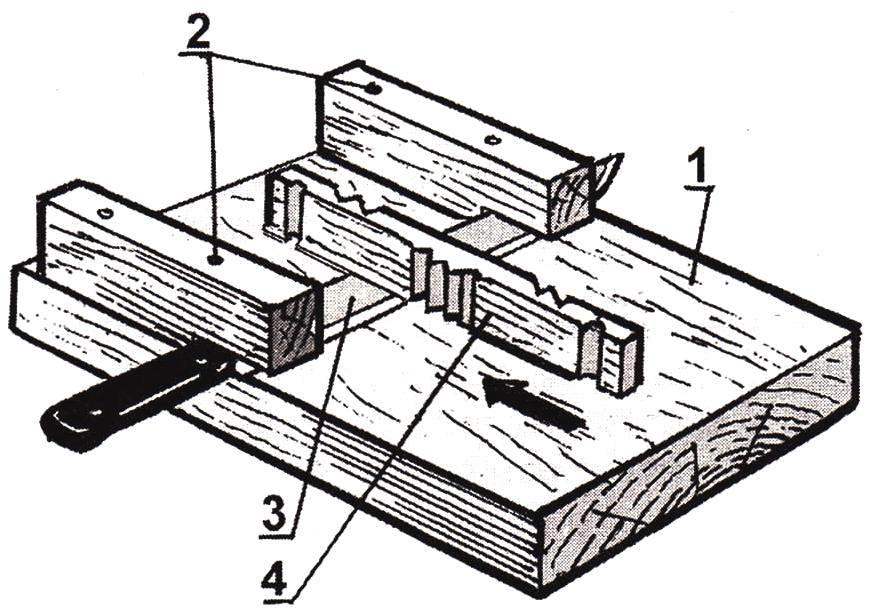 Fig. 6. A device for the mass splitting of the workpiece:
1—Board-base; 2—support bars for knife; 3—knife; 4—processing 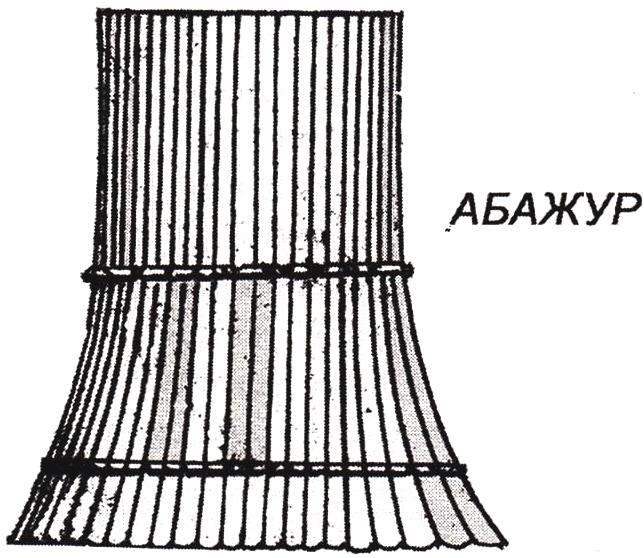 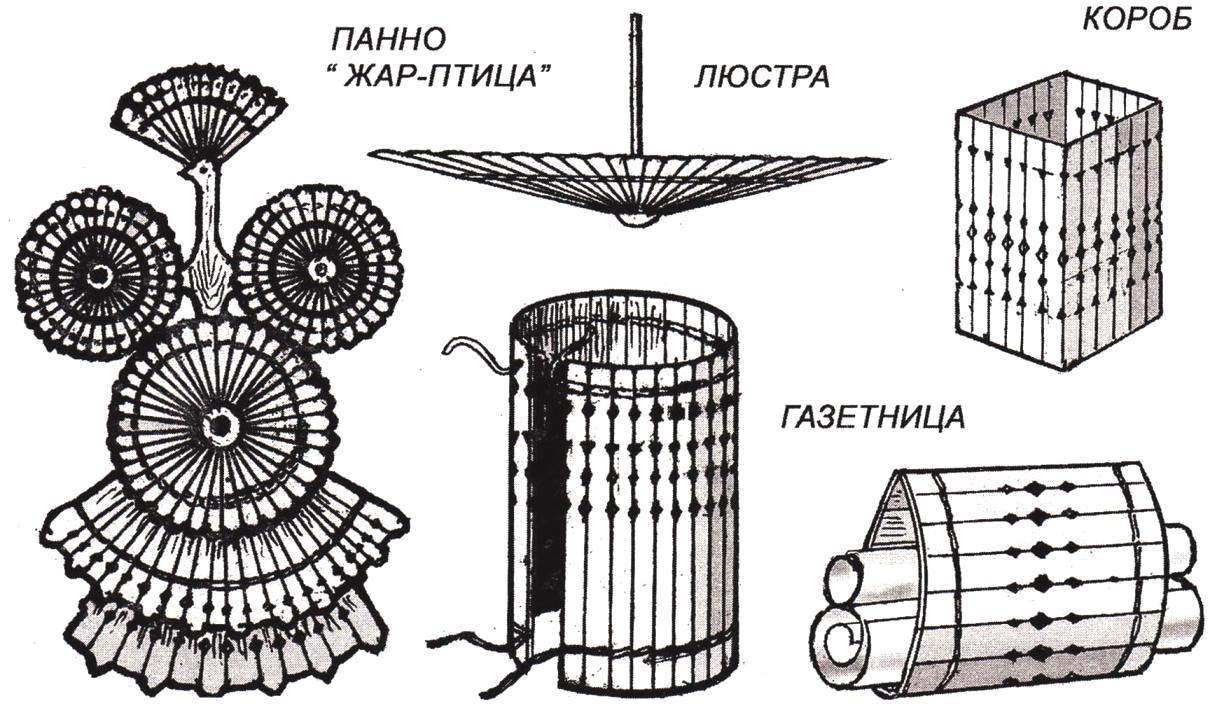 Welt patterns, which can be made from the torch, have a variety of options. Some of these patterns you see in the pictures 5B, V. From strips to weave a basket, rug or stand under the hot.
To make it easier for torches, you can in minutes to do a simple device of the two bars. At the ends of the bars, stepping back from the edge about a millimeter, make two cut and paste them into a knife. Feeding the workpiece on the knife’s edge, you quickly laminate the workpiece to the torch (Fig. 6).
High plasticity, which have a subtle torch, makes it possible to give them some bend required in the creation of products more complex forms (Fig. 7). To produce, for example, a lampshade, having a curved side surface formed of multiple curved torches, you need a thick Board to cut two of the same pattern. One side of each of them must exactly repeat the line of the bending surface of the lampshade Patterns connect the rails. The length of the strips should be slightly larger than the perimeter of the widest part of the lampshade.
Before you insert the torch in the finished fixture, wet them in hot water for 5 — 10 minutes. Fixture together with the chips put about the warm battery, or furnace. They need to dry at least a day.
G. FEDOTOV