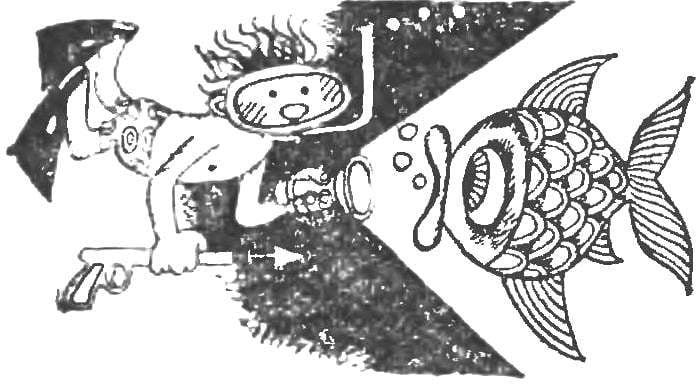 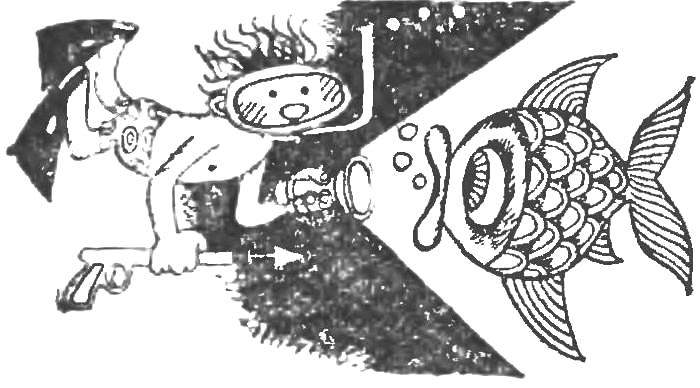 Now many are fond of underwater hunting. And luck are often determined not only by the perfection of the gun or the knowledge of the habits of the fish, but also the opportunity to see her in burrows under the driftwood, under the eaves, steep banks, thick algae. But to see anything in these shelters, even on a bright Sunny day is almost impossible, because the eyes adapt to the sudden light for a time greater than the delay time of the dense breath of the hunter. Only an underwater flashlight, but the industry does not produce such.
However, it is easy to make on the basis of the reflex site ordinary pocket flashlight.
Lantern amphibian will consist of three main components: reflex, switching, and power supply.
Reflex hub. Cover glass, the reflector and its holder represent the node. During its Assembly all joints and fill gaps with epoxy putty or nitroenamel. The light source is a regular light bulb for flashlight, designed for a voltage of 2.5 V or 3.5 V.
The switching node comprises the contact plates, cartridge, introduction of the bushing, a contact and switch. The contact plate cut out of PCB material and tinned with ordinary solder. To the plate connected to the contact of the flexible insulated wire, is soldered to the lamp holder. Bushing is machined from the PCB, Plexiglas or hard rubber. Contact is made from spring strips, soldered at one end to the button; the other end is freely adjacent to its surface. The button spring is inserted into the guide attached to the base with screws.
The Assembly of the switching node. The glass is placed in a holder, it is imposed on the base, then drilled through holes for the bushing and rivets. Fill all joints and gaps between the parts with epoxy putty or other water-resistant glue, insert the bushing with the contact and rivet flare.
The node of the power source is a hollow cylinder, capped at one side of the plate on which napivaetsya spring contact. On the opposite side prikladyvaya sleeve. Rivets, made of pieces of aluminum wire. They provide both mechanical and electrical connection of parts and components.
As a power source are three-four elements of the Mars; their number depends on the length of the cylinder and a rated voltage of the bulb. The most optimal in terms of brightness and lifetime of light bulbs turned out to be the ratio of the three elements — light bulb 2.5 V, the four elements — light bulb 3.5 V. 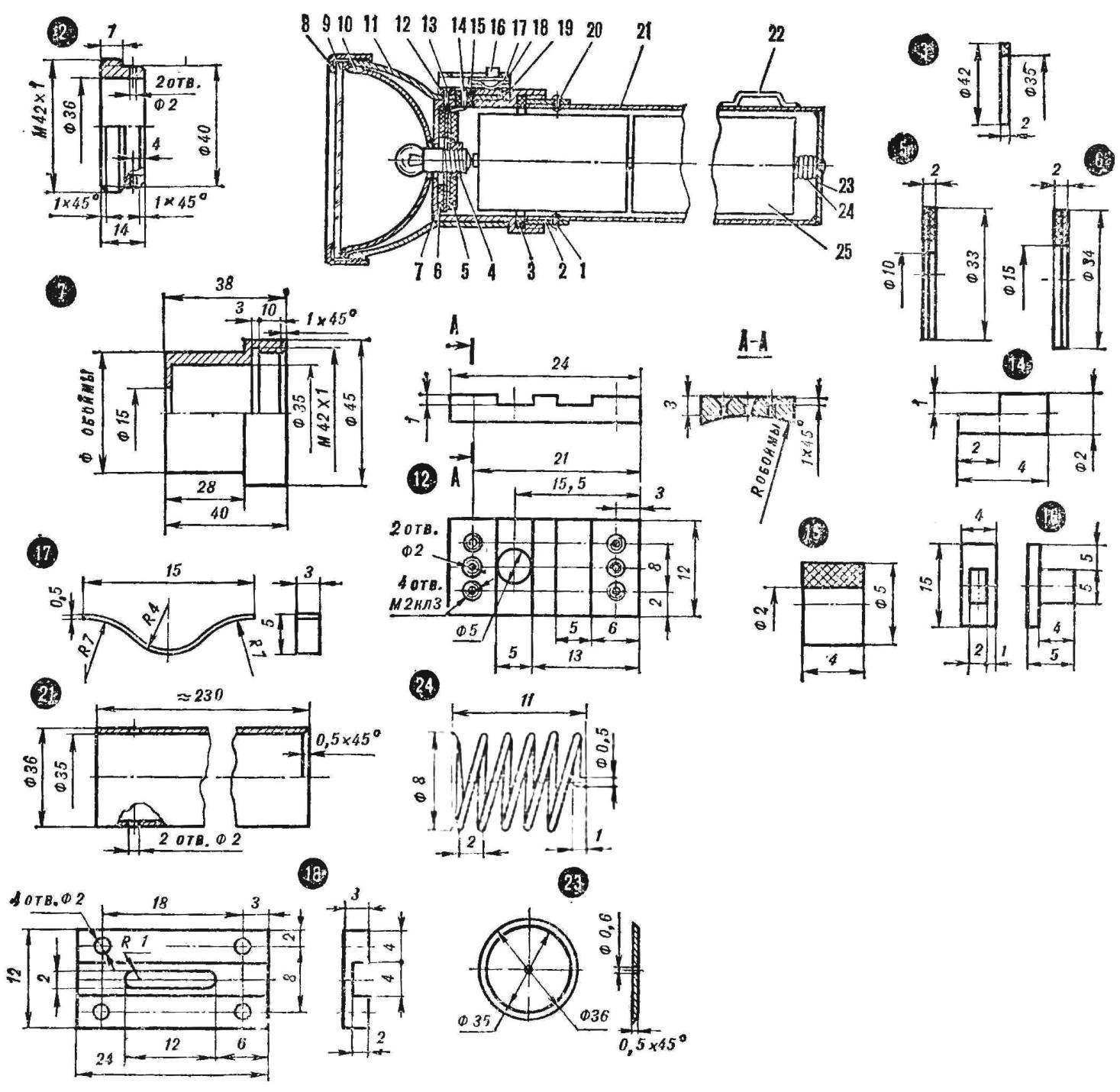 Underwater flashlight:
1, 13, 19 and 20 — rivets (aluminum wire), 2 — sleeve, 3 o — rings (rubber), 4 — cartridge, 5, 6 — contact plate (foil cover), 7 — glass 8 — the reflector cover, 9 — protective glass, 10 — reflector, 11 — oboima reflector, 12 is a base 14 — contact 15 — sleeve 16 — button, 17 — spring 18 — upravlyaushaya, 21 — cylinder. 22 — arm, 23 — plate. 24 — spring contact, 25— elements “Mars”
Cylinder is a thin-walled metal pipe. The bow under the strap or band is connected with the housing by soldering. Sealing the two halves of the flashlight is made using o-rings.
Assembling the power source is similar to the Assembly of the switching node.
The use of the flashlight. The bulb with the cartridge inserted in the reflex site. In the body of the flashlight is placed the elements of the “Mars” and the two halves screwed together to lock the sleeve in the rubber ring. The flashlight is ready for operation. For short activation just click on button for continuous operation button should be moved to the extreme forward position. The optimum position for the light pick up empirically, which razvenchivaet flashlight, take out the plate and twisting the bulb assemble in reverse order. Strap or elastic band to the headband allow you to hang the flashlight while hunting on his left wrist or on a belt.
This design withstands differential pressure up to 2 ATM, which corresponds to the immersion depth of 20 m.
A. RAKHMATULIN, Moscow region