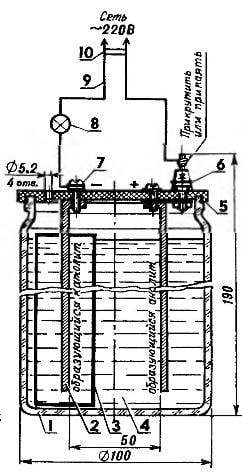 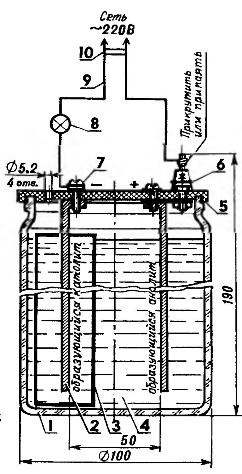 Getting a series of experiments related to the breeding of cold-resistant varieties of corn, I remembered about the amazing properties of water, treated with a constant electric current. In particular, that formed in the zone of the cathode, the catholyte has reducing (alkaline) properties and behaves according to the truth as “living” water, in contrast to its antipode — anolyte, a kind of oxidizer, or “dead” water produced in the area of the anode.Relying on high biological activity of the catholyte, decided to treat a handful of seeds before sowing in progressiya the ground. “Living” water was required very little. But where is the “spring”, from which it can be obtained?
A complete tip is found in library set of the journal “modelist-Konstruktor” over the past years (№ 12’83, 3’87, 3’96). And since no properly equipped home workshop or recommended by the log host details, no time to repeat any of the published developments, I was not made in haste simplest activator of water. This is a litre glass jar with a dropped into it two electrodes of an alloy 44NKHTJU (Cutlery, forks of the “steel”), included in home network in series with the lamp-tomography-teacher and diode КД202Ж.A semi-permeable membrane and the short-term repository of “living” water produced at the cathode, was sewn from below the cut of canvas fire hose.
Activation of water in such a device takes more than eight minutes (the excessive delay of the process can lead to boiling). Formed catonic ready to drain and use for soaking the seeds before planting them in the ground, and as medicinal additives when watering plants. If plain water pH = 7, then “live” it comes to pH = 10. 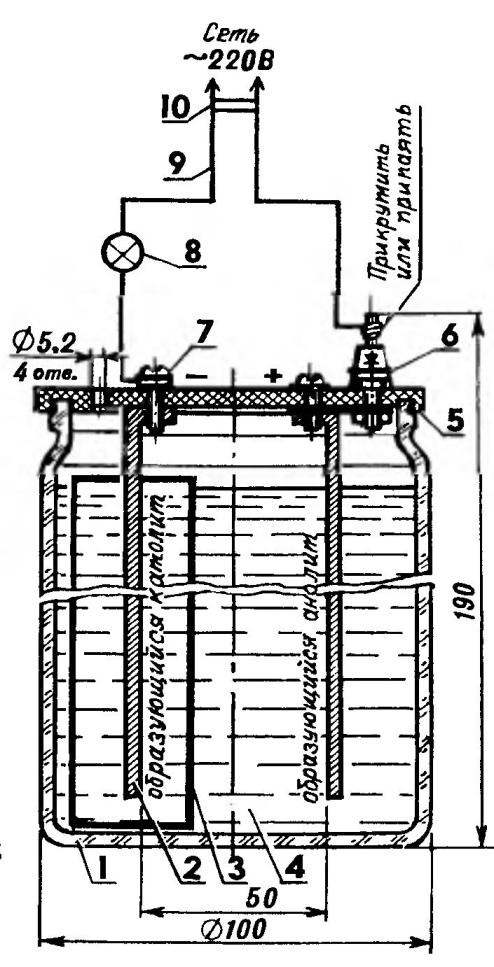