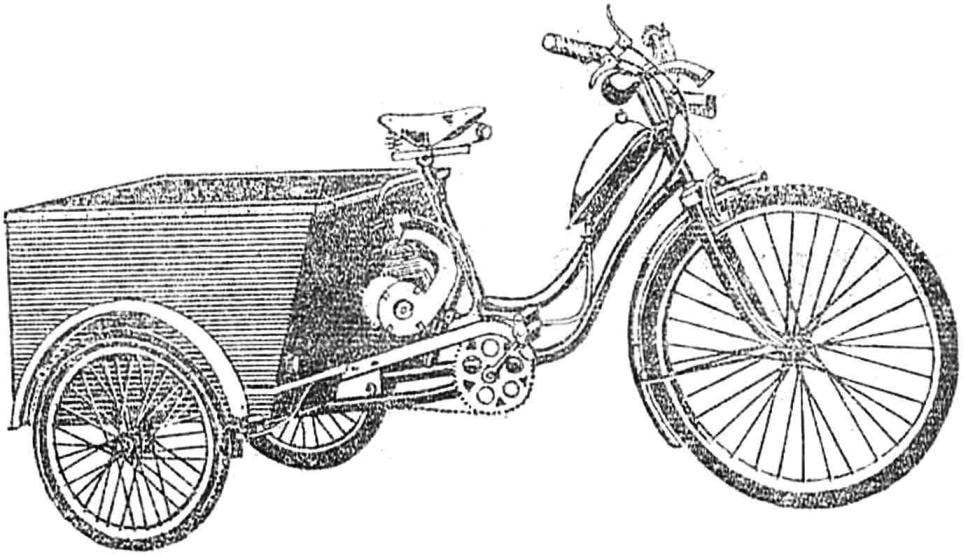 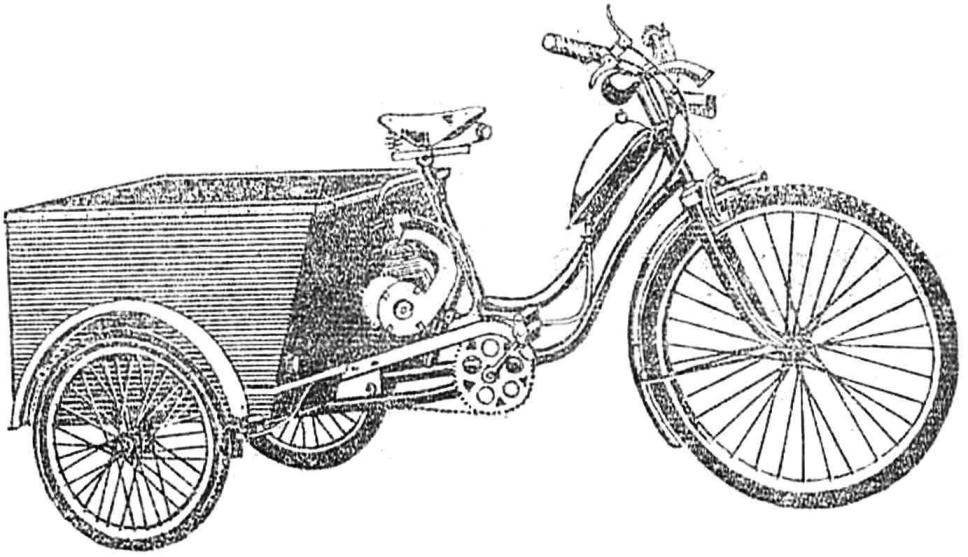 This three-wheeled trike has been created for horticultural and domestic purposes; it is convenient to carry bags, tools and other small loads. The engine is the usual cycle motor D-6, widely used in garden partnerships to drive the rippers, cultivators, pumps, mowers. However, its design is intended for cooling from the oncoming air flow while driving.
To work in unfamiliar new environment needed to equip vasomotor forced cooling system, which I did in the manufacture of its trike.
Took the design published in the article “Waldwichtel on the tiller” (“M-K” № 8, 1979), but change it a bit, adapting to his car. Improvement of the engine is to install one of kostruykov crankshaft centrifugal fan enclosed in the casing. It directs the airflow to the most heat-generating parts: the cylinder head and upper part of the cylinder.
Engine will have to dobranotch only the clutch cover. First, hone in its wall a through hole is Ø 29 mm coaxial socket drive gear of the crankshaft. Then of duralumin sheet thickness 0.5—1.0 mm cut the fan impeller. The height of the six blades I advise you to bring up to 20 mm To the crankshaft it is attached by a bushing and M8 screws, which are easy to carve on a lathe. 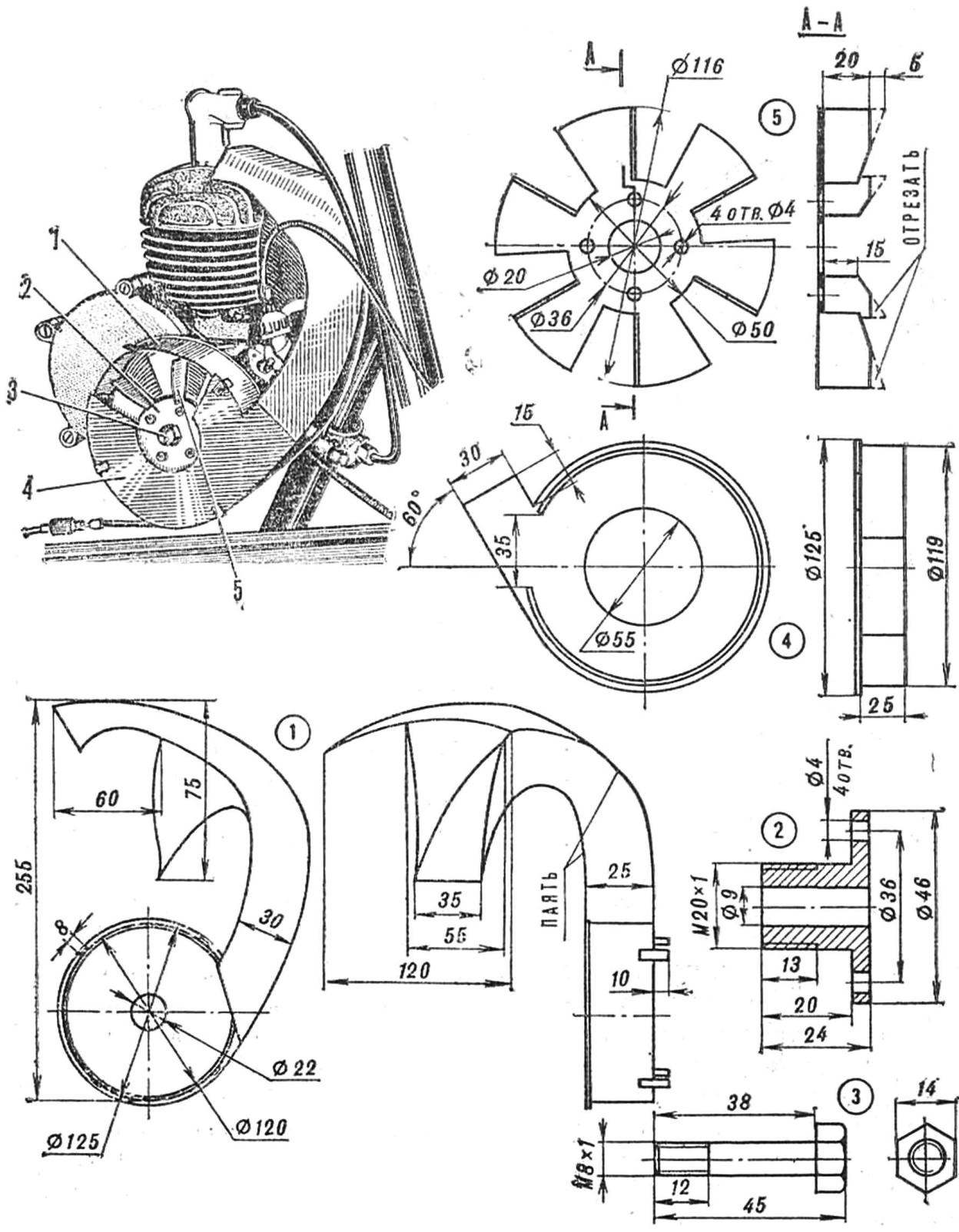 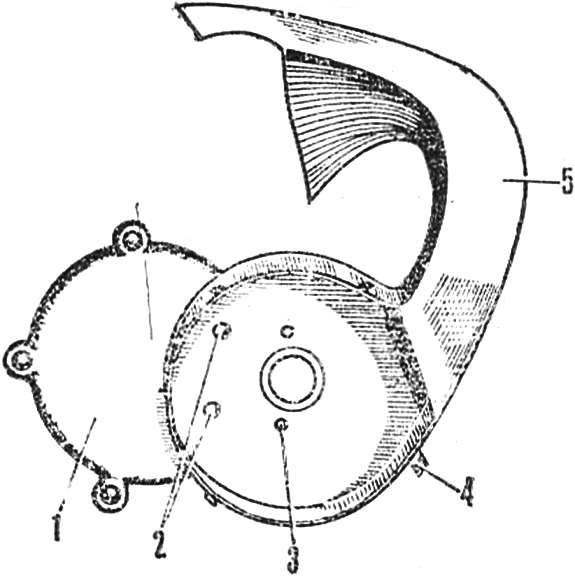 Fig. 3. Mount the housing on the clutch cover:
1 — clutch cover, 2 — rivet, 3 — bolt hole, 4 pin — tin strips, 5 — cover with duct.
Billet casing and duct are cut from sheet galvanized sheet and welded in a rigid box with an internal channel, directing a tangential flow of air from the impeller to the cylinder head at the front (not the side, as recommended in the article). This arrangement does not require the rearrangement of the head. In addition, the duct having a small thickness, does not interfere with the normal cooling counter flow. Attaches the housing to the clutch cover by a pair of aluminum rivets, as well as two of the five bolts, attracting the cover to the crankcase of the engine. Housing cover with a Central air intake opening also soldered from Gasti. Its high Board it is tightly inserted inside of the casing and is fixed in this position by four metal strips soldered on the outside.
P. STANEVSKY, Kiev