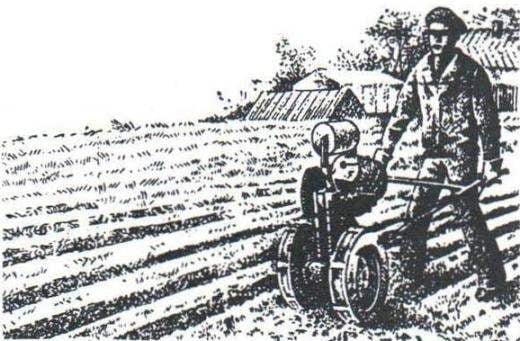 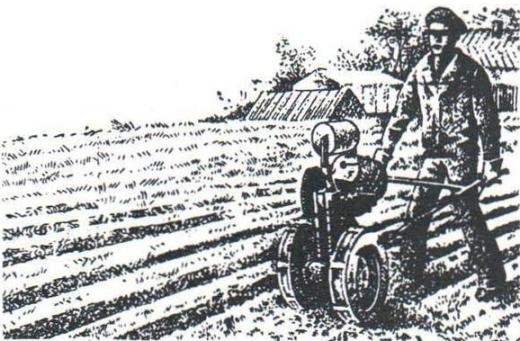 …The silence of the Sunny spring morning shattered the clatter of the engine. The farmer, perekapyvayut shovel your garden, straightened up and looked over the fence into the neighbor’s plot: what’s that noise in the elderly Ilicevic? He saw from behind the outbuildings to the garden went, shooting a blue smoke, a little two-wheeled machine, behind which, holding the long handle of the control, Chagall Ilicevic son-Sergey.
Rural mechanic immediately knew what the car was built by the neighbor: a plough hanging behind, and knobs are characteristic of the shapes speak for themselves. The design of the motor-plow clearly had no idea of great complexity. Engine brand was familiar neighbor. The same motor along with the details taganskogo his scooter was lying in his barn under a tarp – all hands did not reach to fix it…
Meanwhile Ilyich turned and, adding gas, zaghloul the plow into the soil. Behind him in a slick snow and rain earth, the first furrow. So held a “baptism of fire” “Vyatichi”, homemade tillers, created by engineer-designer Illicium.
Since then, residents of suburban villages Moroski often seen as working on the plot mechanic assistant gardener. Have zakonchilsa potatoes – Ilichev, replacing wheels and tilling on, led him to the garden to till landing… you Need to transport anything, and now instead of the plow or Hiller behind “Vyatichi” the self-made truck. Humming engine, tillers confidently pulled up to the top, loaded the cart and rider into the bargain – almost half a ton. 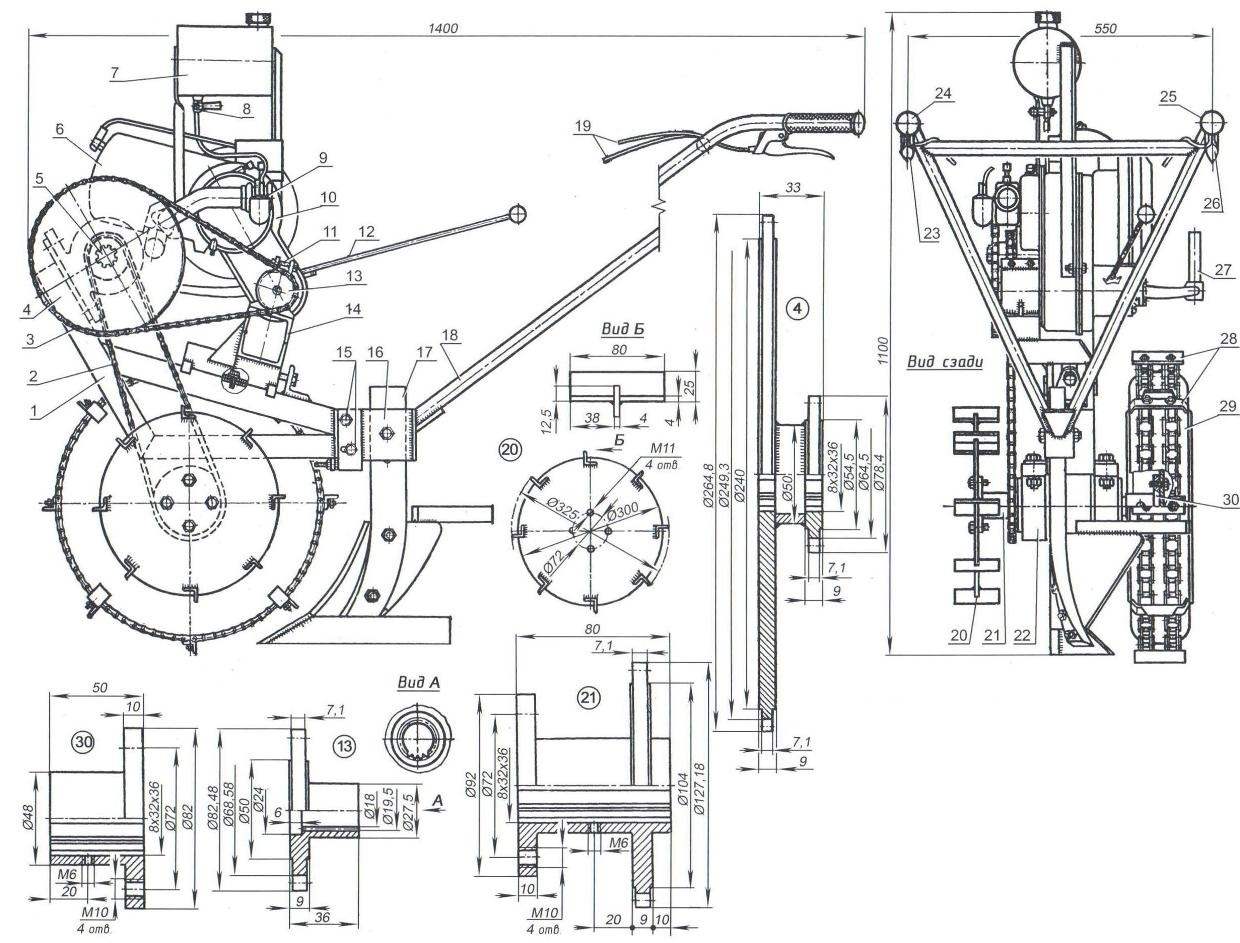 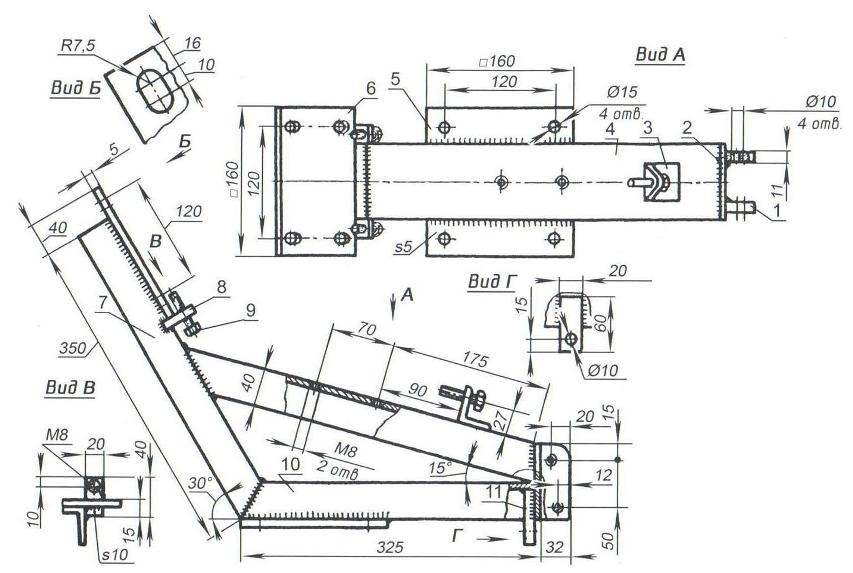 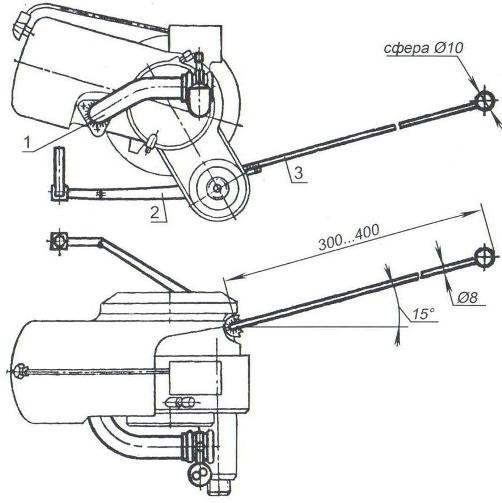 Fig. 3. The scheme of refinement of the engine:
1 -troopered carburetor; 2 – the lever of kick starter; 3 – a gear lever 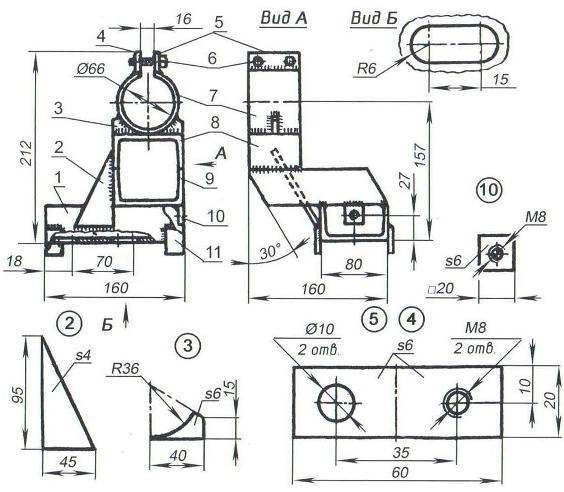 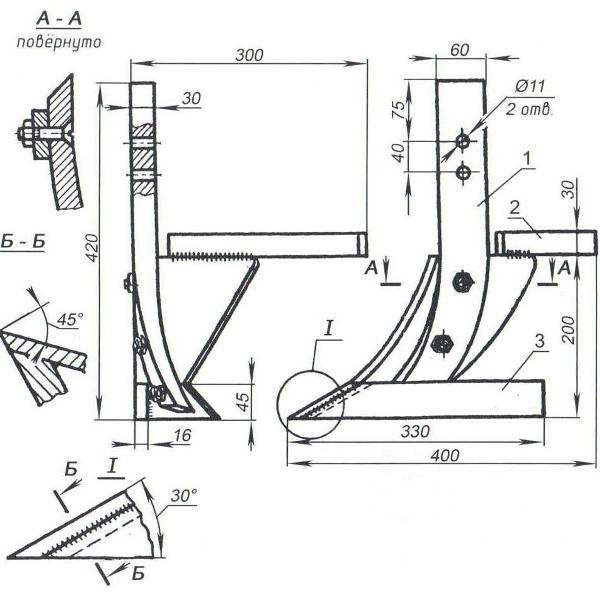 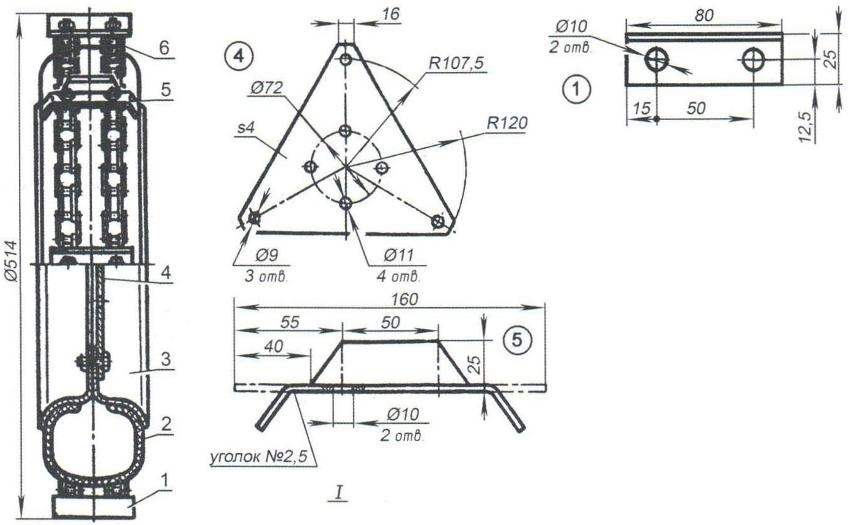 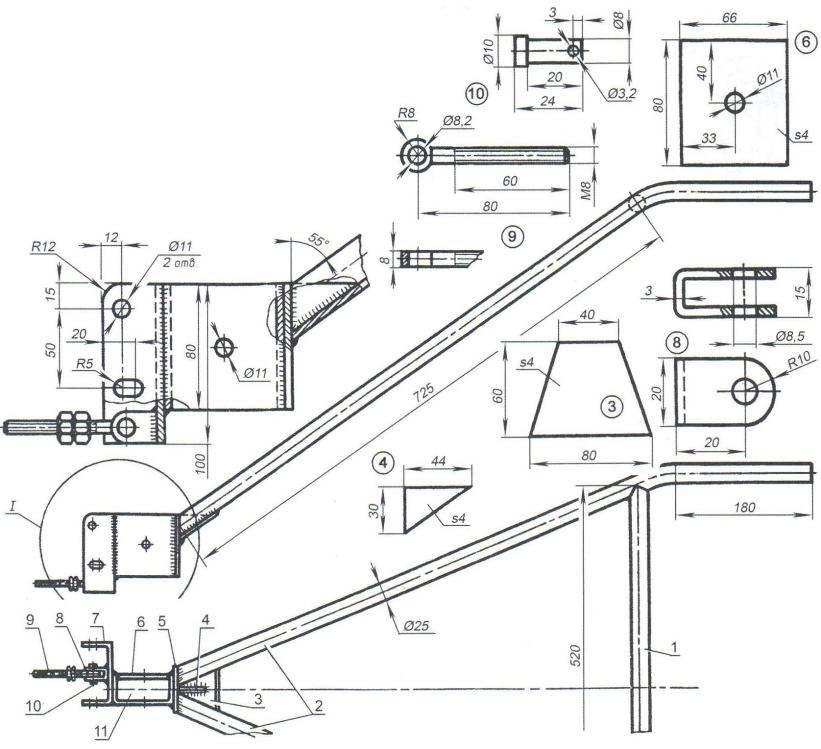 Fig. 7. Holder with knobs:
1 – crossbar; 2 – handle; 3 – gusset; 4 the rib; 5 – foot; 6 – wall of the holder; 7 – bracket; 8 – plug; 9 – adjusting screw; 10 – the axis of the bolt; 11 – yoke holder
In conclusion, a few words on tilling tools. Chisel and cultivator-Hiller is taken without alterations from decommissioned cultivator. They well destroy the Packed earthen crust and Spud potatoes. But the plow – improvised (Fig. 5). The basis of it – Coulter normal mounted plough. Bottom welded on it, the focus of pointed steel plate, and the top – blade – reflector. Additional elements help to shape the furrow. To strengthen this instrument in the clip holder in the front Coulter drilled two holes. Using them, you can change the depth of plowing.