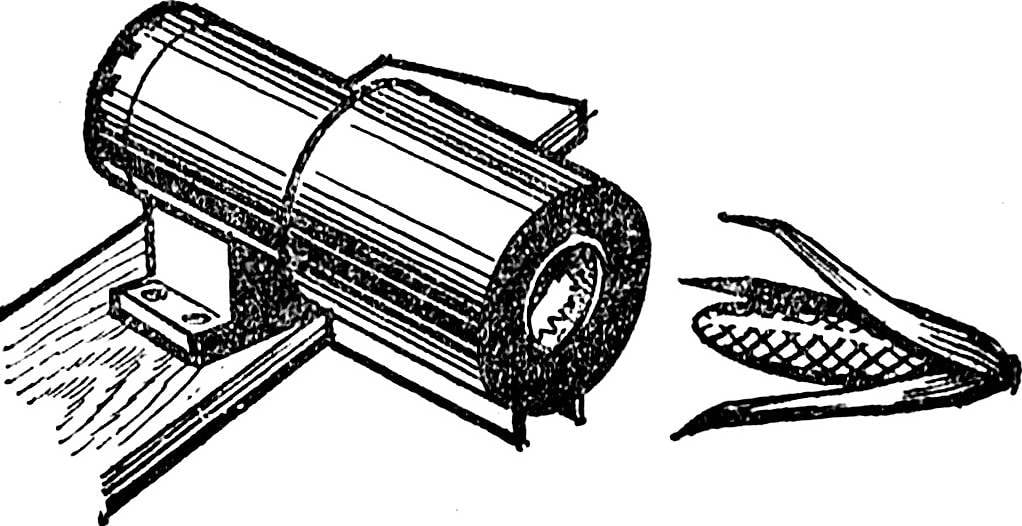 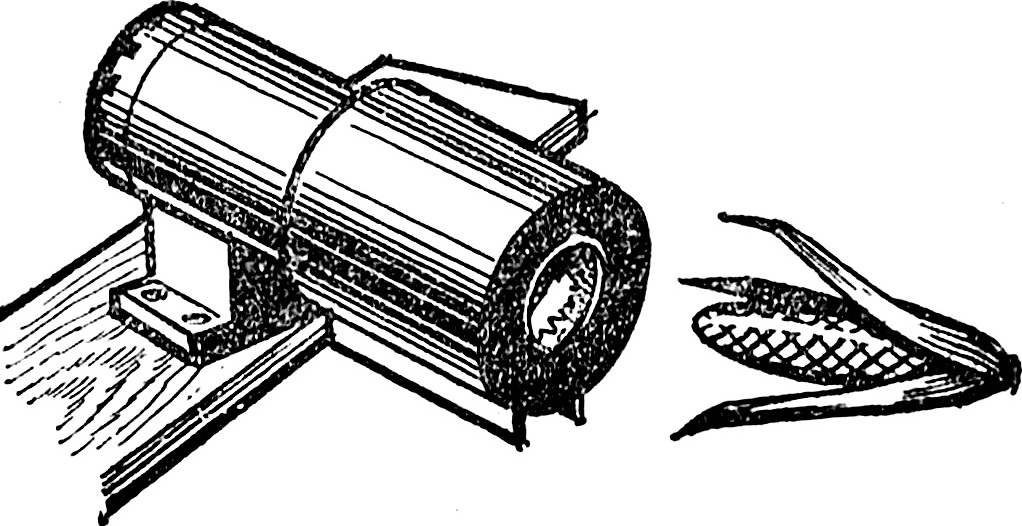 “Look through with great interest your section on “Small machines”: many useful find here Amateur gardeners. I decided to share a simple tool that has served me faithfully for years is terebilo for corn cobs”.

This simple terebilo facilitates threshing of corn on the cob at home. It is made on the basis of household bench grinder, which to the scene of the stone fence mounted guard, and on the shaft, a working body in the form of a metal Cup with teeth (like a jumper). Set terebilo on a wooden base or straight on the bench — it also serves as a seat for working. In this case, for convenience trebilco should be placed at an angle, slightly expanding her opening to the sitting.

The dimensions of the parts can vary from the geometry shown, as it depends on the motor used, appropriate blanks, the method of attachment. 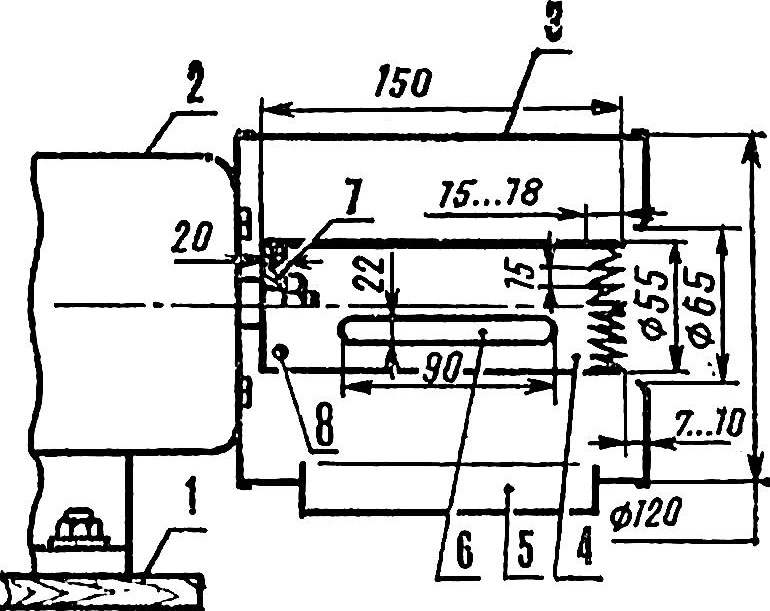 Appearance and scheme of terebecki:
1 — a Board-based (bench), 2 — motor, 3 — casing, 4 — Cup with teeth, 5 — the gunner’s hatch, 6 — window for clean glass, 7 — a nave, 8 — screw (M4, 3pcs).
Housing riveted from metal plates 2 mm thick. But can also be used of a suitable size jar of paint, cut it from the bottom hatch of the grain. In this case, the size of the banks adjusted the length of the head — gear of the glass. The last one is tightly pushed onto the shaft and fixed with three screws to the hub mounted on the motor shaft regular nut. Teeth on the glass sliced with an inclination and, on the saw, divorced on both sides for 4-5 mm — for the extension of the working area.
The cob is clamped in the arm and through the hole in the casing is supplied to the rotating teeth to half their length. Then removed, turned over and processed from the other end. The grain is poured through a hatch in the bottom of the casing. Longitudinal hole in the glass is used for cleaning tools from stuck fragments of stalk.
A. REZNIK, g. Pologi, Zaporozhye region.