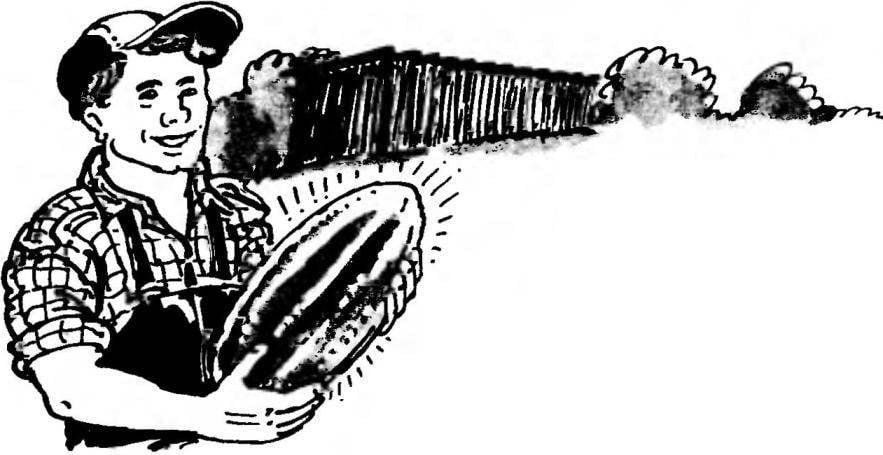 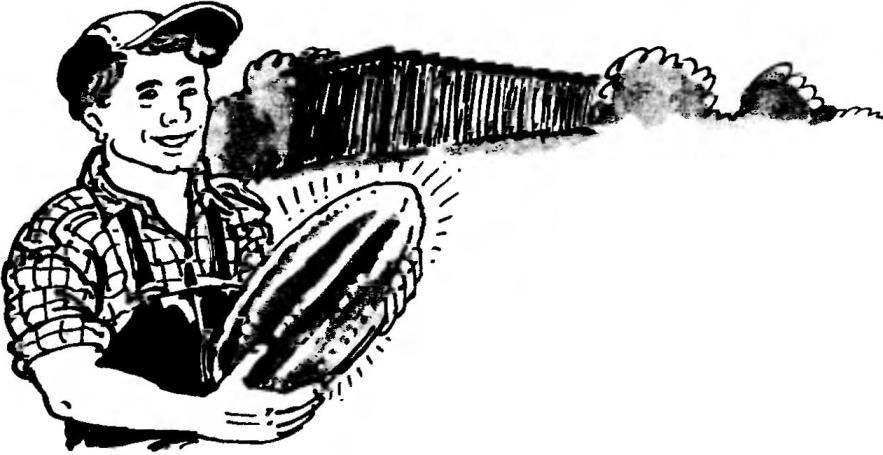 A good harvest in garden plots, which were allocated mainly for some reason on marginal land, with no organic matter will not succeed. Need compost! But that’s the pits to get it though recommended agricultural science, welcomed by environmentalists, but do not decorate the landscape. There is a conflict between production needs and beauty, to a resolution which is intended my proposed structure, it rightly can be called a fertilizer factory.

The place is the size of 7×3 m for the construction of this beautifully overgrown ivy, hops, or wild grapes designs to choose, of course, far from the garden house. Site leveled, and on it construct a frame 6x2x2,2(2) m — bar section 100×100 or 100×50 mm.
Then the frame is divided along the length into three equal compartments. Each of them covered inside with roofing iron or Board (slate environmentally harmful), with the exception of the access opening with a width of 0.7 m. the Top plank in a common shed roof.
There was a factory of fertilizers in the production method. The first compartment serves as a warehouse for peat, sawdust, other trash, which is destined to be humus in the future. Secondly in the course of the season put the compost mass to decompose. The third contains compost from bookmarks.
As the main component of the compost mass is a herb. It collected after weeding or specially mowed, crushed with a sharp shovel or cutter. (But better to do it the mechanized shredders, the design of which is published in the “Modeler-con-struktor” No. 12’92 and No. 6 in’96.) The resulting “roblense” mixed with the other components of the future compost and put in the appropriate compartment. A bucket of chopped herbs in the preparation of a compost mixture requires a kilogram of peat, sawdust, ground tree bark, loamy earth, 100 g of wood ash and 10 g of nitrogen fertilizers. Sawdust desirable semi-rotted or “fermented” solution of urea at the rate of 60 g per bucket of water. 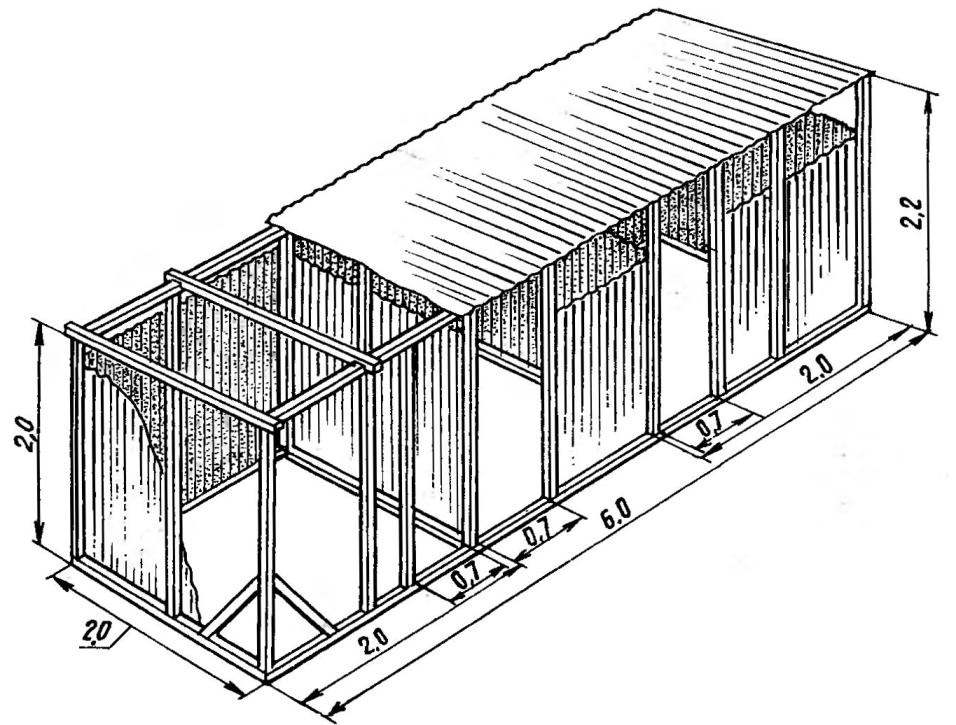 A permanent compost factory (dimensions are in meters).
The mixture is placed in the first compartment along the wall opposite the open entrance, then middle, and finally at the entrance. And before filling of the compartment lay on the floor drains of the linked rods (similar to birch brooms). Through them to the compost mixture will do the air. Height prepared for pregnany material shrinkage is adjusted to 1.3—1.4 m. In two or three places set and vertical drains.
For best ripening of the compost and increase its biological value in the loaded compartment sometimes add nitrogen fertilizer. For example, the same urea. Then throw on a mixture of polyethylene film, the doorway closed with a shield. The relative humidity in the download strive to maintain at 50 percent, keeping in mind that excessively thin the left to the maturation of compost is not recommended.
In early spring the upper layer (20— 25 cm) masses laid in late summer and autumn, as well as failed to humus part of the previous stand in the next, “fresh” compartment. However, finished compost begin to use as directed. But better, the practice also suggests that to withhold it until the fall. It is precisely at this time, the basic work on soil application of fertilizers, which are usually combined with a digging upper fertile layer. Yes and compost over the summer to better ripen. And on 1 m 2 make usually from 5 to 15 kg of compost. Holes for planting fruit and berry plants other recommended proportions: the compost is evenly mixed with the soil, intended for filling pits in the ratio of 1:4.
V. ZHUK,
Khmelnitsky, Ukraine