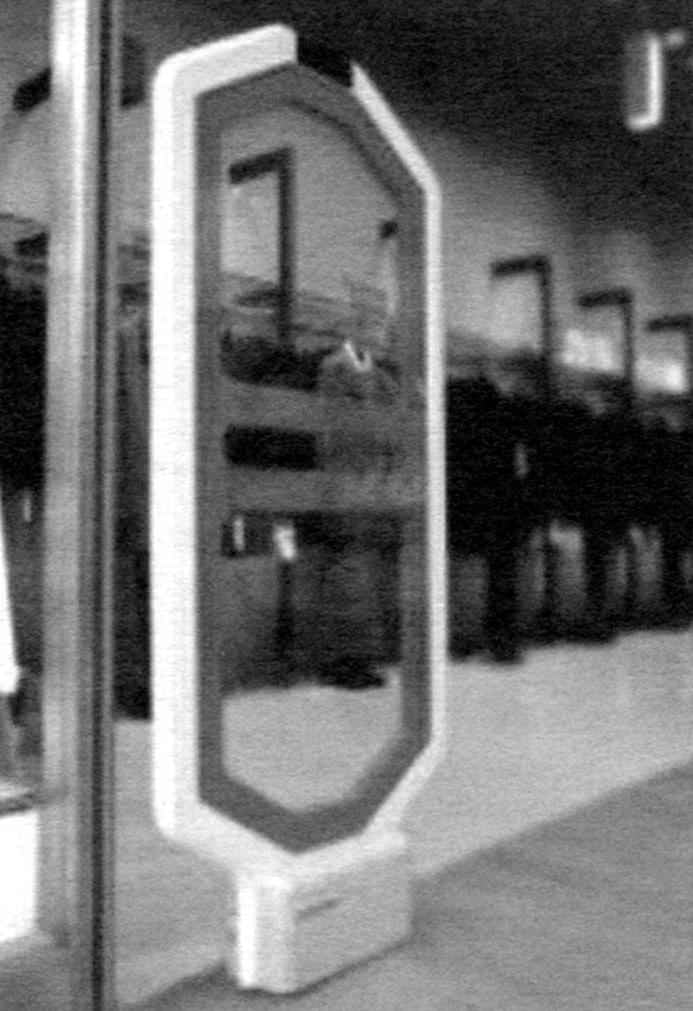 The device to prevent theft in large and small retail outlets, according to many experts, are the most reliable among all types of protection systems applied in practice. Outwardly, they look like two open valves “gate” installed in parallel (photo 1). The device do have a greater probability of determining the anti-Krasnoy label (due to extremely high power pulses supplied to the antenna). However, the pulses of these devices have a negative impact on human health (with frequent and prolonged exposure), mainly due to their high power.

Such systems can be seen today in almost every point. Between the flat walls of the “gate” people coming out of the store (the trading floor). If the buyer does not carry the marked special micromacrame product, the “gate” allowing them to pass without a murmur. When the goods are not removed (neutralized) label, will alarm and notify the trading room is loud, disturbing sounds.

Then the guards come running in your task and this person will be caught. Acoustomagnetic technology developed by Sensormatic. Later, after seeing the success of this technology, concern “TUSO” acquired the firm. Now this unit (and brand) was included in the company ADT (American Dynamics Technology). On the active device (antenna, electronics unit) copyright already does not apply (expired patents). So there is another manufacturer WG.

The principle of operation of the device

This magnetostrictive effect is very dangerous for the owners of pacemakers.

In the pause (650 – 750 MS) the same antenna works for reception. Power initiated by reradiation of the label decreases with time, the complex law that the manufacturers keep secret. Therefore, to simulate the signal response is difficult. But the presence of even a little bit of such signals seriously affects the operation of the system. From experience we know that if in 50 – 100 m from the shop (shopping hall), which is the acoustomagnetic system, is another with a similar system, they create mutual interference intractable. In advertising, the manufacturers claim that their equipment efficiently and safely (what else?), but it seems to me that with it (not intentionally) put the experiments on studying of influence of a powerful (albeit short) pulses on human health. To understand what is amorphous metal, in this case, should be considered in detail themselves labels put sellers in packing of goods.

In photo 2 and 3 are two similar marks in different colors (photo 2 mark was in use, shot at home with the purchased goods). Each of us repeatedly seen, and even holding these strips. Will try to figure out how they work.

If to tear from product packaging anti-krasnuy the label and examine it from the opposite direction, behind the translucent plastic you can see the metal strip.

If you cut a label, you can retrieve three metal strips: two from amorphous metal (they are more shiny) and one of the usual ferromagnetic tape (photo 4).

About the dangers to human health. Practical advice to live a little longer.

Antitheft equipment among all anti-theft systems are the most harmful force on human health. Ultrasonic frequency emitted by the antennas, commensurate with some biologically active frequencies. The peak radiation power can be measured in kilowatts.

Draw your own conclusions. 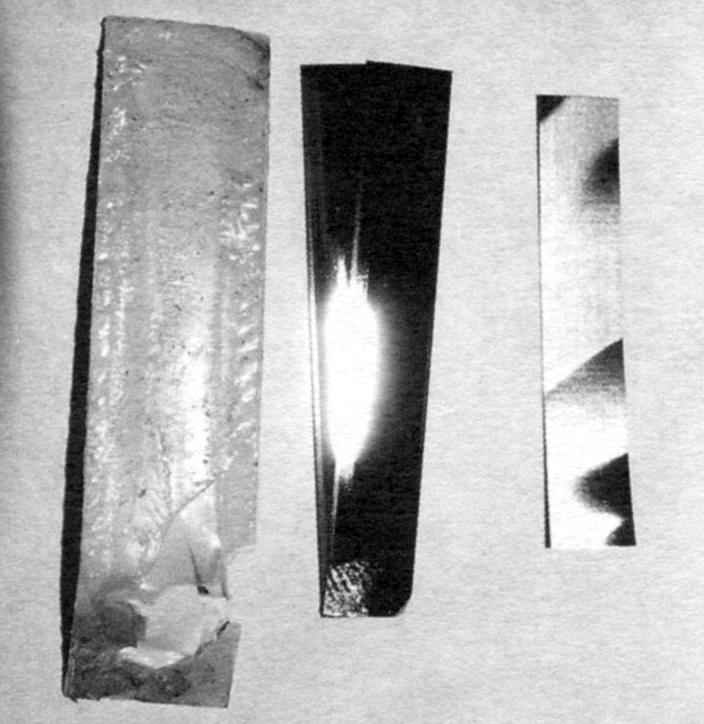 In any case, when passing through the “guard gate” try not to use it (so as not to get a dose of radiation), and in particular, if the alarm system is triggered (audible alarm), try to get out of the zone of direct influence of the antennas, and then deal with the cause of triggering the alarm.

Unfortunately, you can often see the opposite picture. For example, the alarm is triggered by the passage of an elderly woman through the “gate” system of the EAR. The shopper, upon hearing the alarm, wondering about the reasons of such attention to her electronics, stop at “the gate” and waits for you to come to her guards. All this time she is under the irradiation of high power, whose effects on the human body is fundamentally not understood.

These recommendations concern and another aspect: try as much as possible to pass through these gates, even when the guards require to do this due to search active label, located somewhere on the product that you just bought. The best solution might be this: show them all the things and carry on through the gate these things individually.

Methods of dealing with EAR

Is it possible to suppress industrial system EAR? Of course. In particular, by pointing to system interference from other sources.

That is to make sure to not turn the alarm when passing through the “gate” with the purchase, which (for various reasons) not removed (neutralized) acoustomagnetic labels.

Legal question about stealing from the store unpaid purchases, I do not discuss (that is why not bring the scheme suppressor EAR). What is more important, Even if deprived of antitheft alarm system “voice”, it does not reduce harmful effects of electronics on the human organism, the buyer at its outlet from the store (the trading floor).