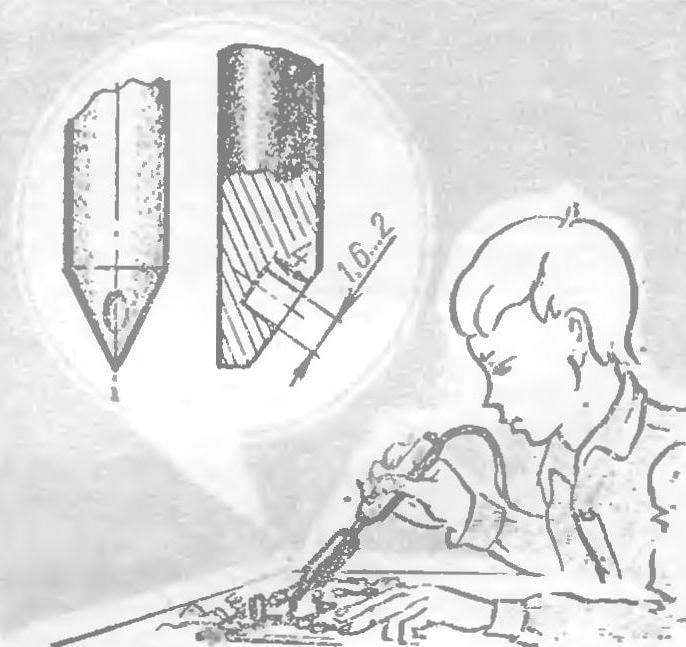 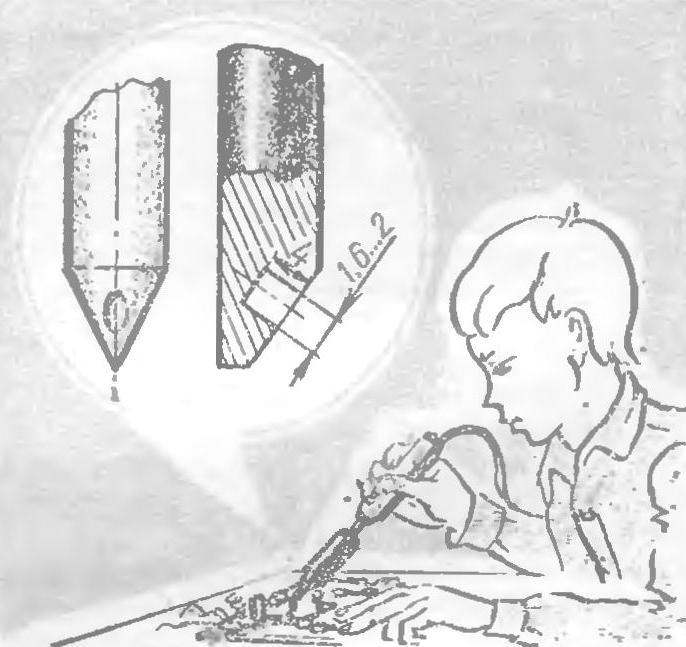 Soldering the printed circuit Board by soldering with a recess in the end face of sting, but such a tool is inconvenient to solder the wires and radio with a conventional outboard mounting. If the hole to be drilled not with the butt, but sting side (see picture), this versatile soldering iron can perform any installation work, including with the use of chips.
A. DUJIC, Popasnaya, Voroshilovgrad region.