I do karting and would like to share one with those who are interested in this sport.
The motor MMVZ-3115 has a weakness — the shift shaft. The fact that the bike’s gearshift lever is horizontal, but when you install the card takes a vertical position. Shaft machined flats under the pinch bolt (that is the part of slots is cut), and when 90° rotation is removed another. The result of the spline connection is very unreliable and often fails. However, on the new maps brand AKU-83, this drawback is eliminated, but since operation will remain the old motors, my advice may be useful.
The essence of the proposal in the following. Since the map tubular shaft the kickstarter is not being used, it may be adapted to amplify the selector shaft. First of all, you should first shorten to don 75 mm and a cut width 5.5 mm — thin best sand around. Further, on the shift shaft at a distance of 80 mm from the edge is drilled a hole for mounting the tempered nail, dowel, slotted part is turned to Ø 10 mm and tapped M10. 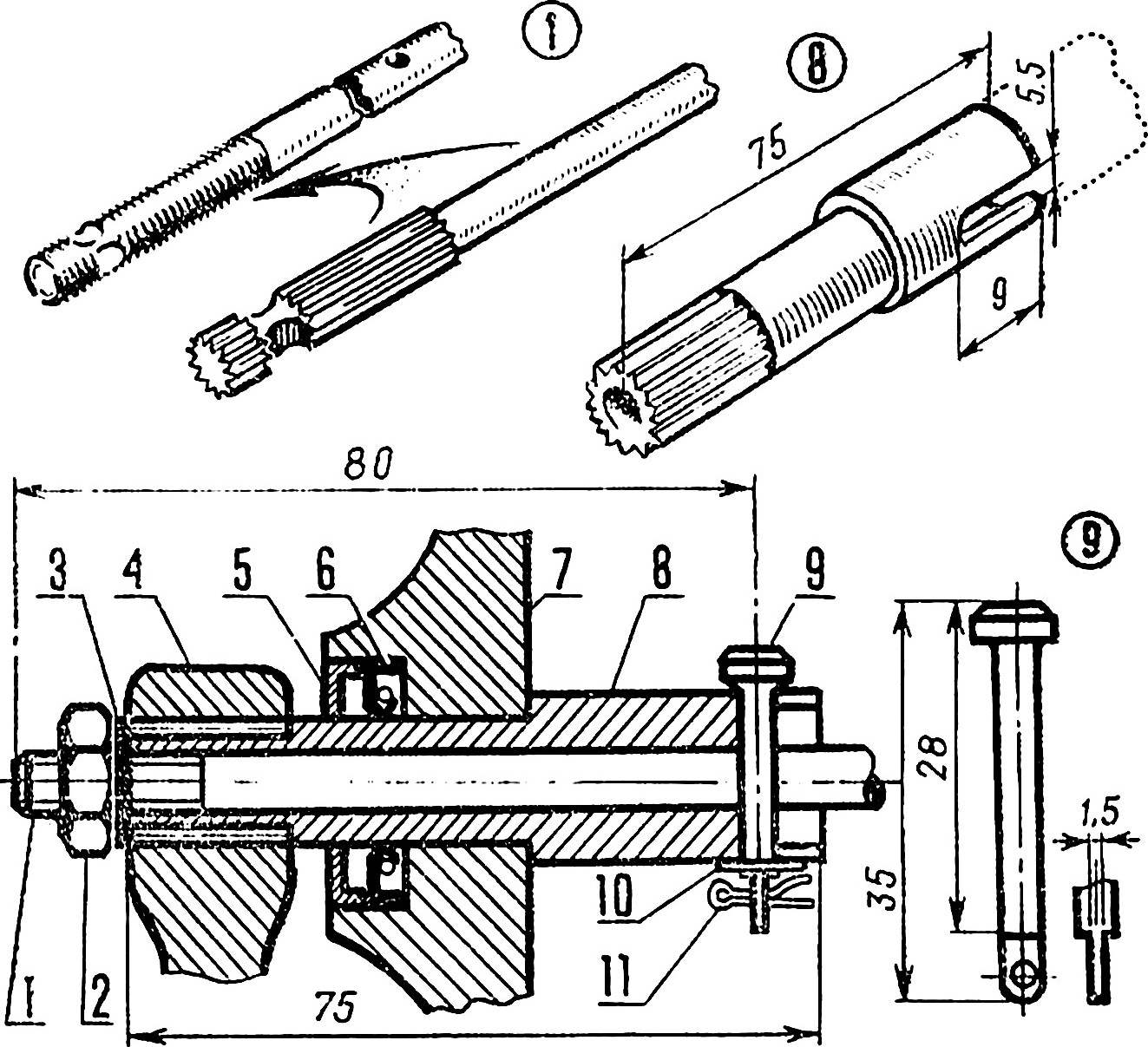 Shaft Assembly shift:
1 — shift shaft (on the rendered image shows the completion of the shaft), 2 — nut M10, 3, 10 — washers 4 — the lever of kick starter, 5 — cover, 6 — sleeve 7 — the cover housing, 8 — improved the shaft kick (made the image a dashed line is shown cut away part), 9 — assembling a nail-plug, 11 — pin.
When assembled in the shaft hole of the gear is inserted the modified dowel. When tightening the nut it rests on the kickstarter shaft, thereby creating a tight, without any play, the joint of the two shafts. Such a design is always hard for more than four years.
D. SUKACHEV, Novgorod