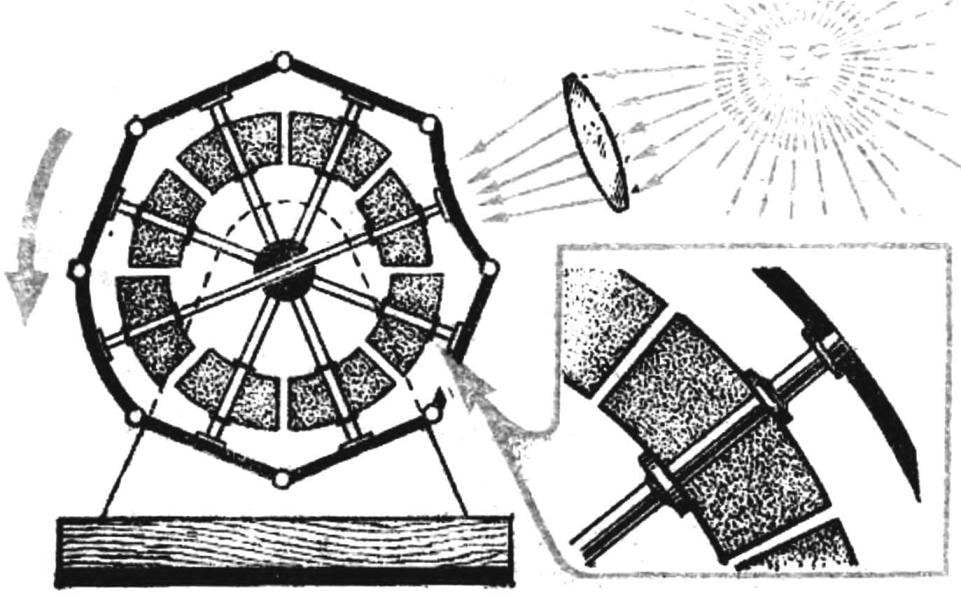 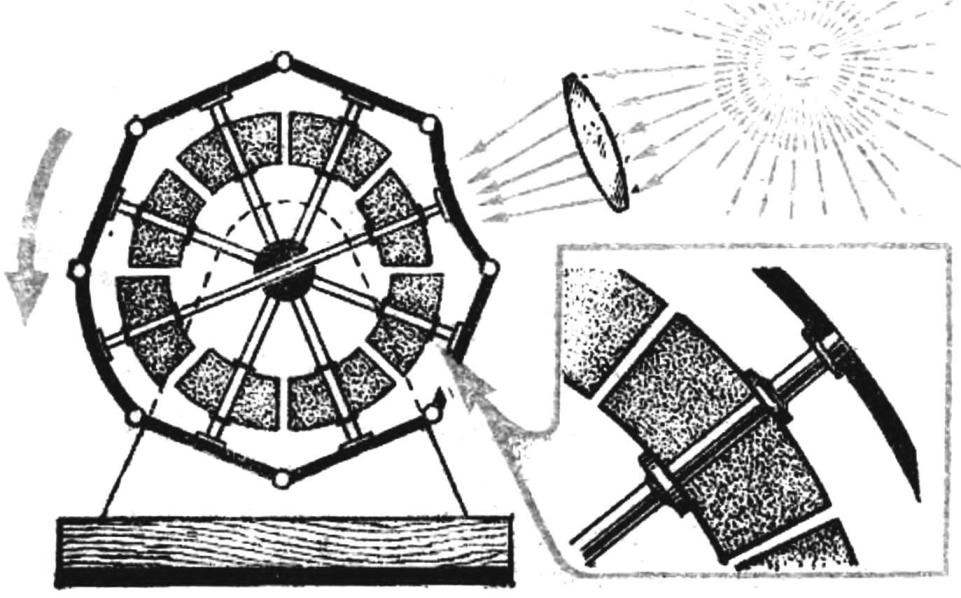 The intricate design shown in the picture, — not that other, as the solar engine, the engine that converts the thermal energy of sunlight directly into mechanical work. It is arranged simply. The surface of the octagonal drum represent the bimetal plate. With the middle of each bound metal rod heavy enough counterweight. Opposite one of the faces is located a converging lens. The engine works in the following way. The sun’s rays focused by the lens, heat up the strip, causing it to bend; at the same time moves the associated counterweight. The balance of the system thus disturbed, and the drum is rotated 1/8 of a circle, substituting the sun the other his face. The process is repeated.