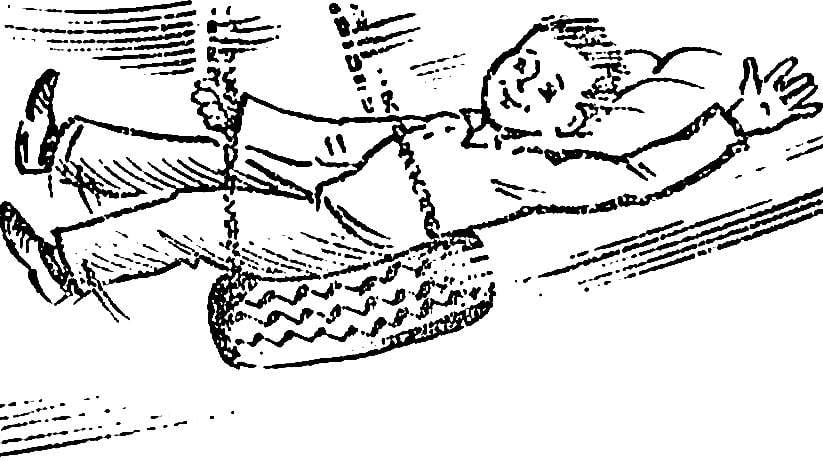 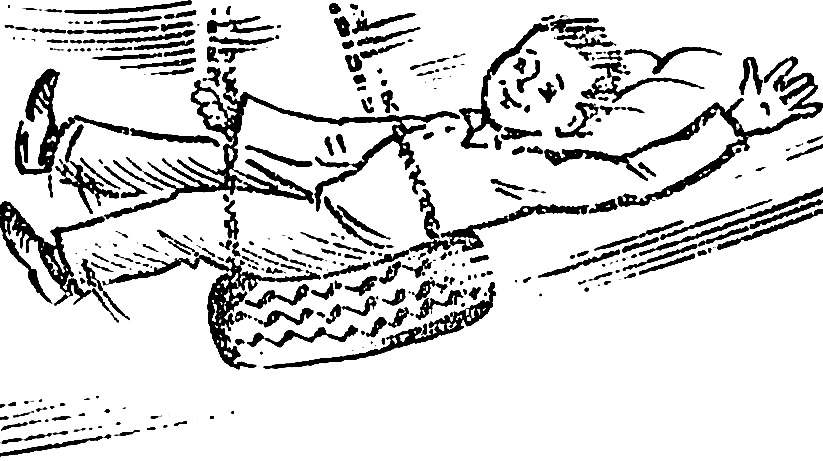 In any courtyard you can see the beds, the game elements of children’s playgrounds made of old tires. On the river boats and the wharves they are used as fenders. But this is not all application fields automotive footwear, overage. Take, for example, swing… If you replace the traditional Board-seat a tire, and the nodes of its mounting place inside, the lack of corners and protruding parts will make this fascinating attraction is completely safe. The construction is simple to manufacture and is available for repeating to just about everyone.
The base or legs of the swing are two frames of curved pipes with a diameter of about 40 mm and a length of 7000 mm. it is Possible to make a composite frame, connecting short lengths of transverse pipe insert, the external diameter of which is equal to the inner diameter of the main pipes. Fix such a bundle need M8 bolts.
Pipes bent in two places, at an equal distance from the ends. The centers of the radii of curvature are spaced from each other by 1200 mm, and the lower ends 2500 mm. Top pull so that the side projections turned out an isosceles triangle. To impart rigidity to the ends of the pipes are fixed in the soil using one of the methods shown in the figure. The connecting nodes of the upper cross members at the same time serve as suspension points of the chains. The device nodes may be different. Suggested options are performed without the use of welding apparatus, all the mounting bolt. The tire is suspended on two or four chains of the same length, is fixed in four points (inside) with bolts and washers. For steady state tyre mounting points should be placed at the same distance from each other. 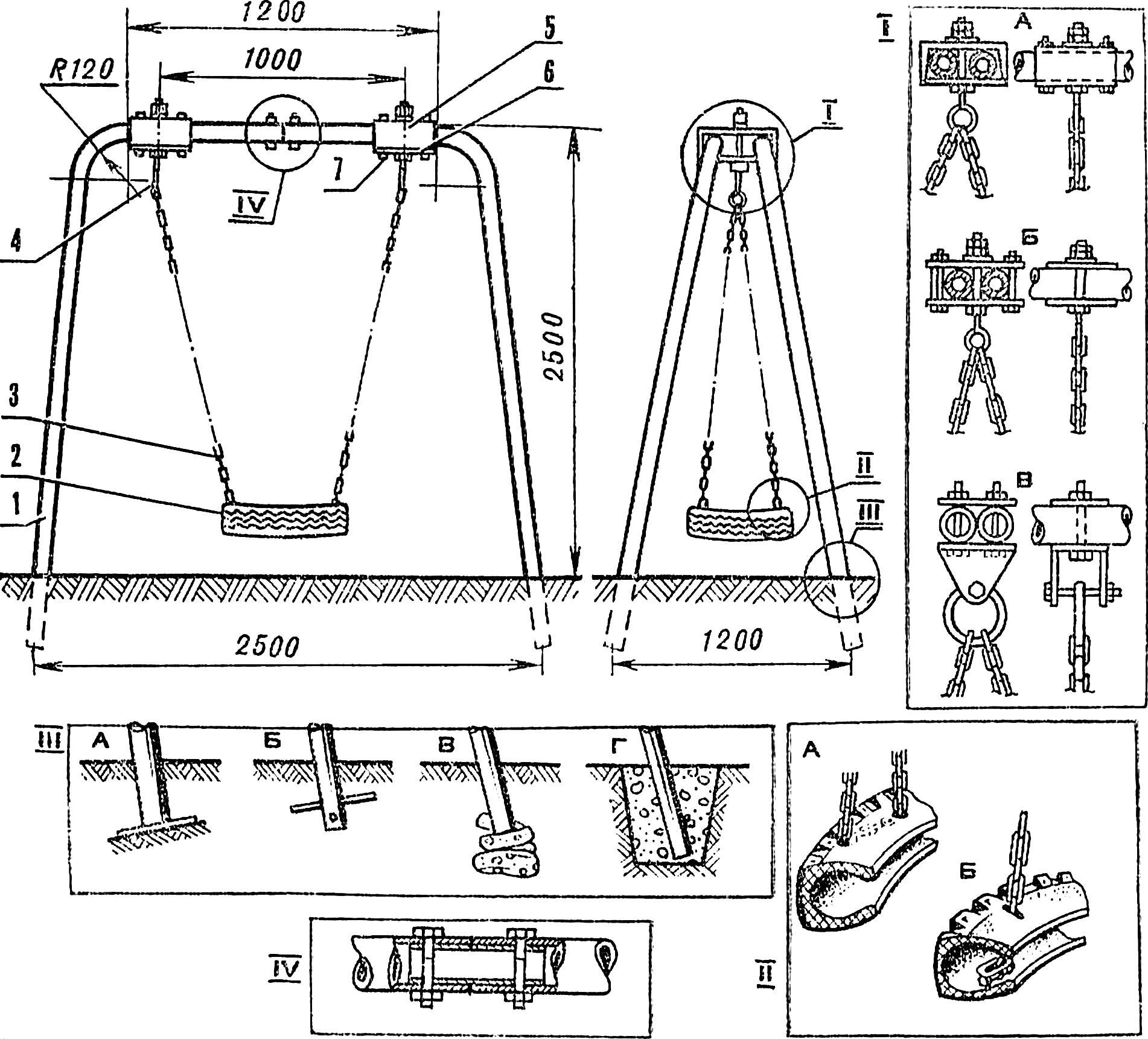 The scheme of the swing with the production versions of various components:
1 — front, 2 — tire, 3 — welded calibrated chain, 4 — bolt M12 eye, 5 — segment channel number 14 length 200 mm, 6 — steel plate 140X200 mm, 4 mm thick, 7 — bolt M12.
Water swing — great fun. And not only fun, but also a means of General physical preparation.
Their design is very simple — a metal or plastic barrel with capacity of 200 to 600 l, to which are attached two curved steel or aluminum tubes with platforms for the feet.
In the swing that was built and tested by me last summer on the Volga, used metal barrel from under the fuel capacity of 200 liters.
Steel pipe Ø 40 mm welded to it with an open drain tube (the inner surface of the barrel, of course, was cleared of fuel).
Platform legs were made of boards 50 mm thick and were attached to the tapered ends of the pipes with nails through the drilled holes. The ends of the platform facing the swinging, lined with thick rubber sheets.
Mounting plates bolted — eight M4 screws wpoty. Rubber and superimposed so that in the end formed a gap of 25 mm. It is used to protect the feet from accidental injury.

Water attraction:
1 — metal barrel, 2 — gusset plate mounting rail, 3 — rail-pipe, 4 — Board reference sites, 5 — M4 screws of fastening of rubber sheets, 6 — rubber sheets, 7 — nails securing the site.
Ready-made swing set was processed with a file — blunted all the sharp edges, covered with soil and brightly colored.
I use them two or four people at the same time. Drawing feet on a submerged platform, they alternately squatted and straightened, holding hands on the handrails-pipe.
A. Grishchenko, S. Yanovsky