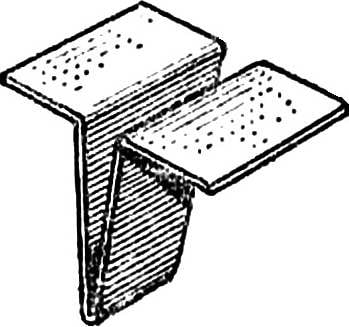 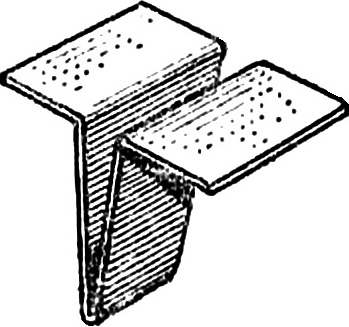 It is difficult to name at least one model which would not have those or other control surfaces. In any case, even if these rudders are only for debugging, they are hog — brackets for connecting or adjusting rods.
What structures of hogs can not be found! Metal, plastic and plywood, plain or threaded reconfigurable, modular multi-element and simply bent from trimming sheet material.

In our club students decided to abandon such a motley variety in favor of simplicity and reliability. The simpler, more reliable! And now virtually all models are supplied with hinges soldered thick sheet metal from tin cans. The pattern of the workpiece is cut along the pattern for a couple of minutes, a minute on the crease, the same ration. It remains to drill two holes for the mounting screws and three holes for traction. Even for inexperienced hands boys make good control horns for the models, not a single failure was not the “fault” of these items.
A. NOVIKOV, Novosibirsk, Russia