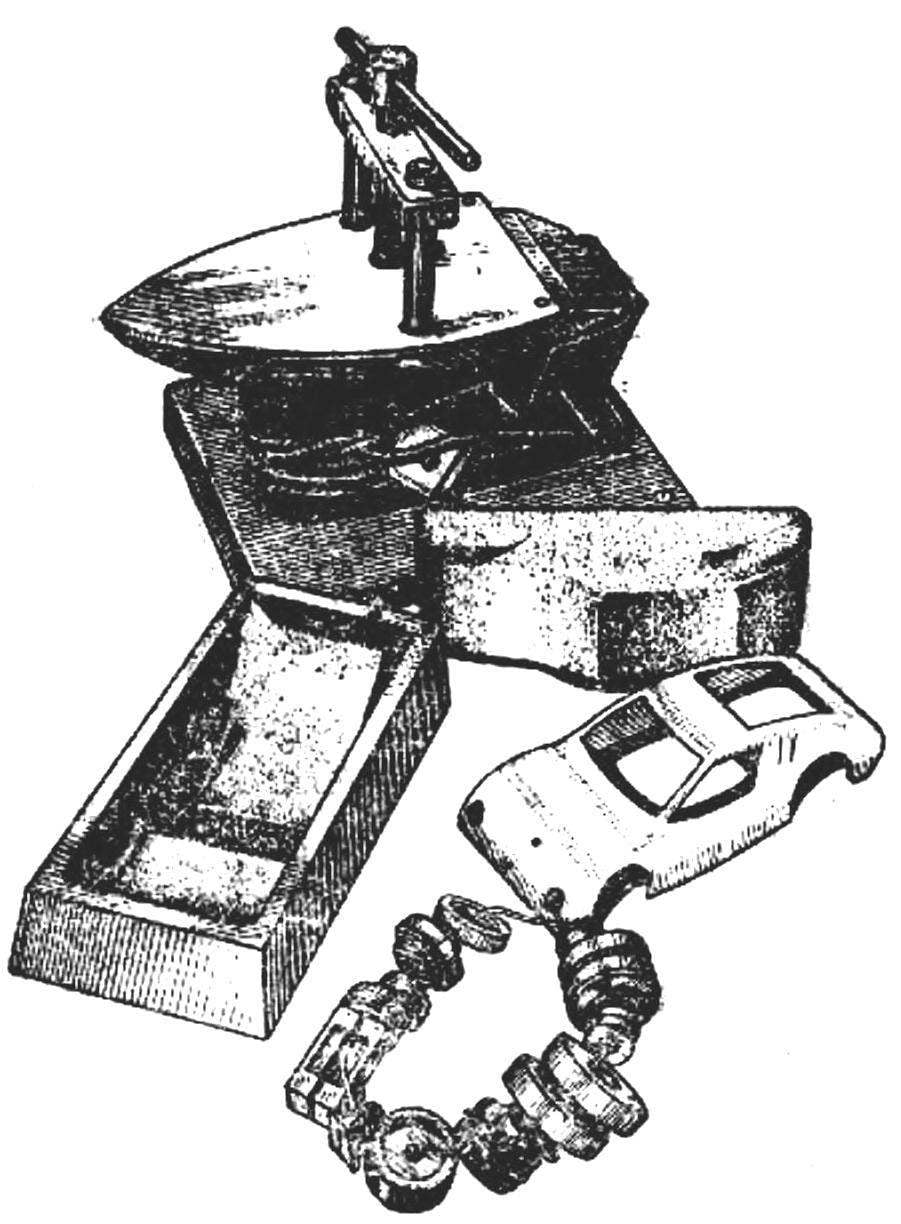 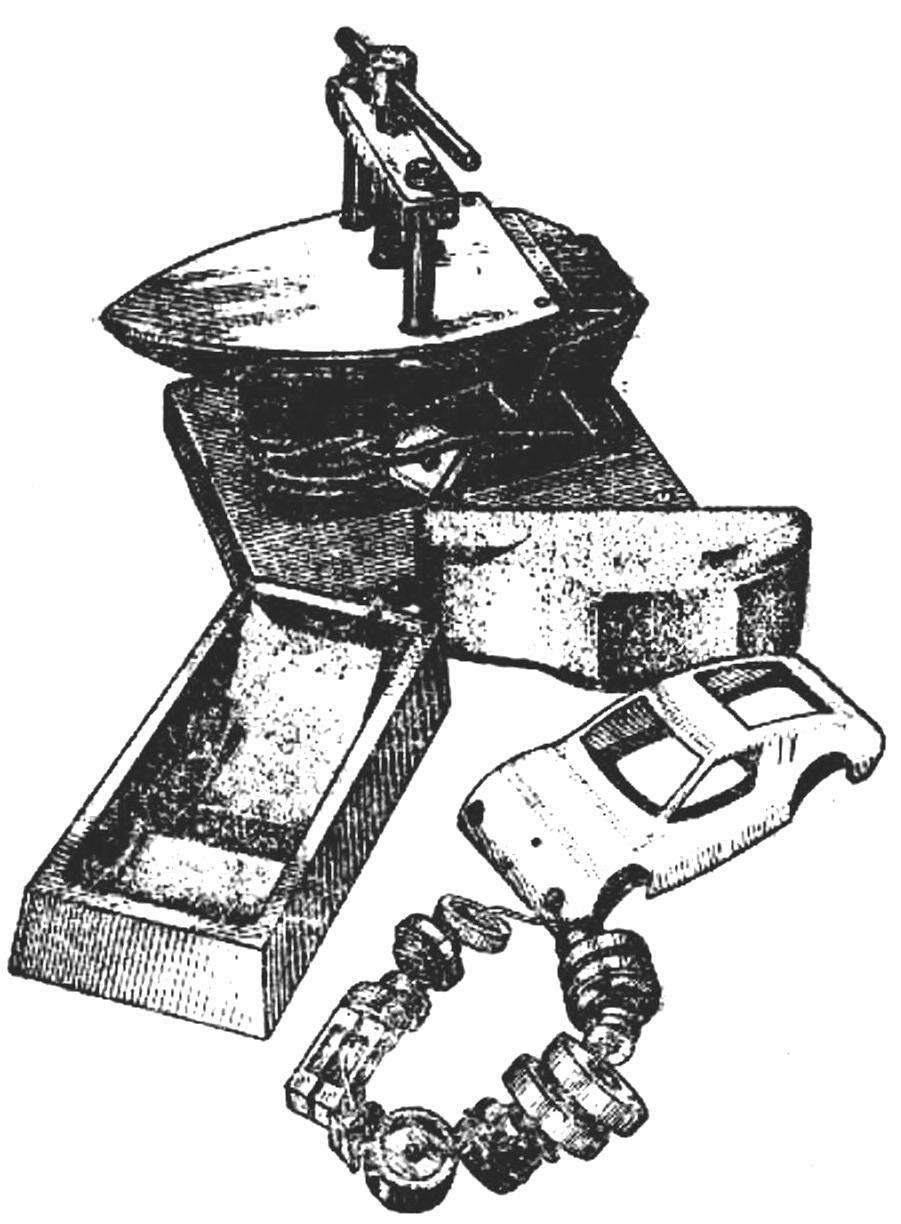 To accelerate the construction of highway performance in the circle of Taldy-Kurgan regional station of young technicians was created a set of tools:
– the matrix and the punch for stamping the cases;
– the mold for melting the disks and the current collectors;
– matrix for boiling front and rear tires;
– vulcanizer.
The forming die and punch for forming housings of epoxy putty covered by a separating layer. Of burnt fiberglass (thickness 0.1—0.2 mm) cut out three or four square, tight punch with a small margin. Then these squares and coat with epoxy resin and overlay alternately on the core, smoothing out the creases. In places where the pleats to remove fails, the fabric cut and pressed one layer to another. Plug with layers of fiberglass placed in a die and compressed under a press or in a vise.
After the complete hardening of the epoxy resin (10-14 hours) form, heated to 70-80°, and the punch together with the molded body extracted from the matrix. Using the knife, remove the excess fiberglass and remove the housing with a punch. For obtaining the rigidity of the housing is heated in an oven at 110-120°.
Two classes in the circle you can make a case for one model. When working with epoxy you need to follow the safety measures: wear rubber gloves, mandatory ventilation.
The mold for melting discs machined on a lathe from steel and the wheels are plastic (debris boxes from the receivers, broken toys, etc.,). The mold is heated to the melting temperature of the plastic, the pieces of which lay through the top hole. After the complete softening of the plastic in the top hole is inserted the punch and compressed to form. the metal in a vise. When the mold has cooled down, disassemble it. The drive for the wheels ready. 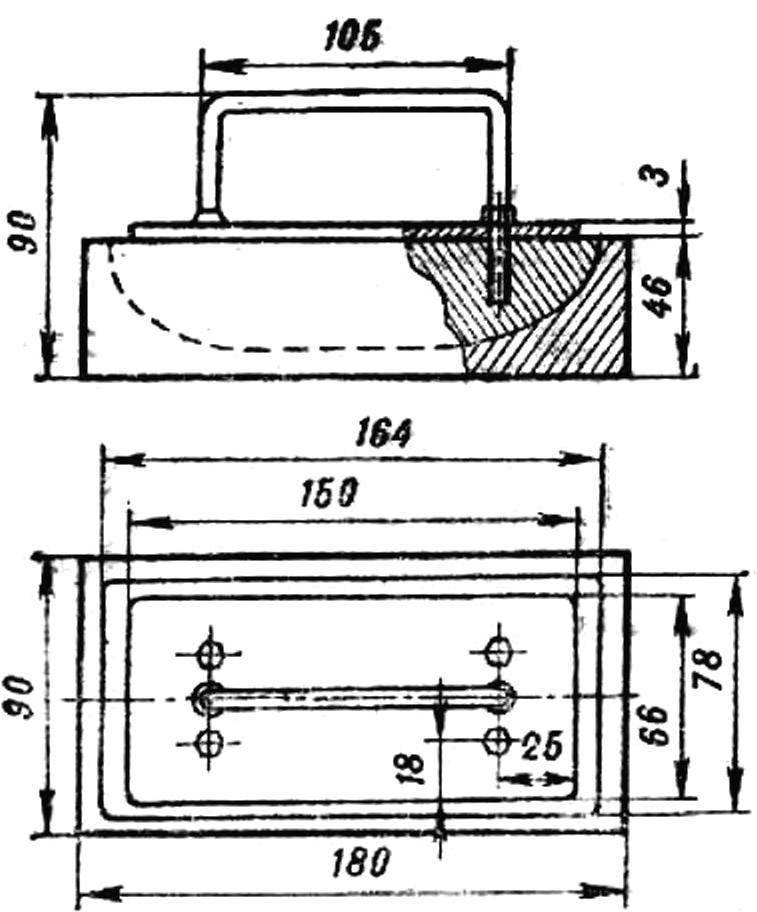 The matrix and the punch for stamping the hulls.

The mold for melting the current collectors. 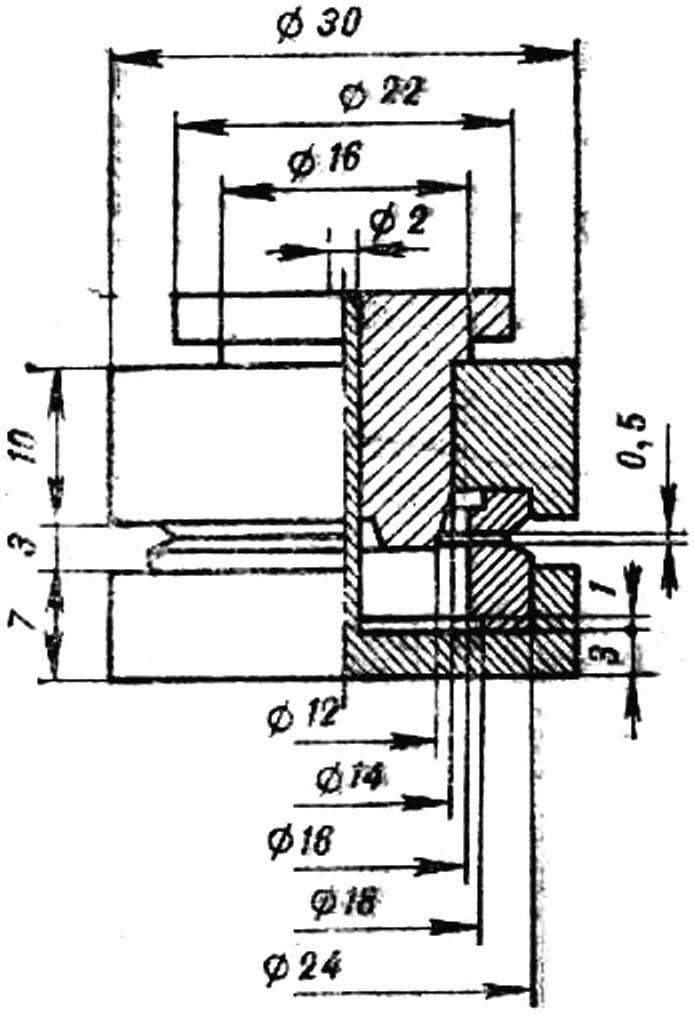 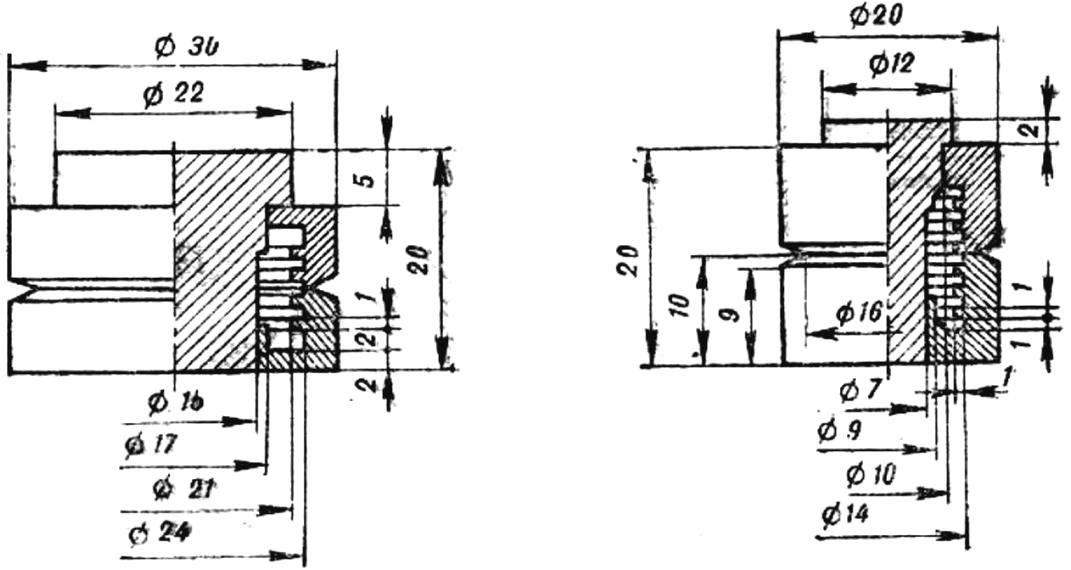 Collapsible form for boiling tires.
The current collectors made of plastic, and the shape — made of aluminum on a milling machine. In heated form, lay the plastic pieces and after the softening compress and shape the grip to cool.
For cooking the tires on a lathe machined collapsible form. The sequence of operations! in both halves of the form, put the raw rubber with a small margin. Then the form compressed in the squeezing and put in a vulcanizing device under pressure. After heating to 110° pressed by the disks to capacity and cook for 25-30 minutes at 150°.
A. ZERNOV, head of the circle EN-route automodelisme Taldy-Kurgan obsut