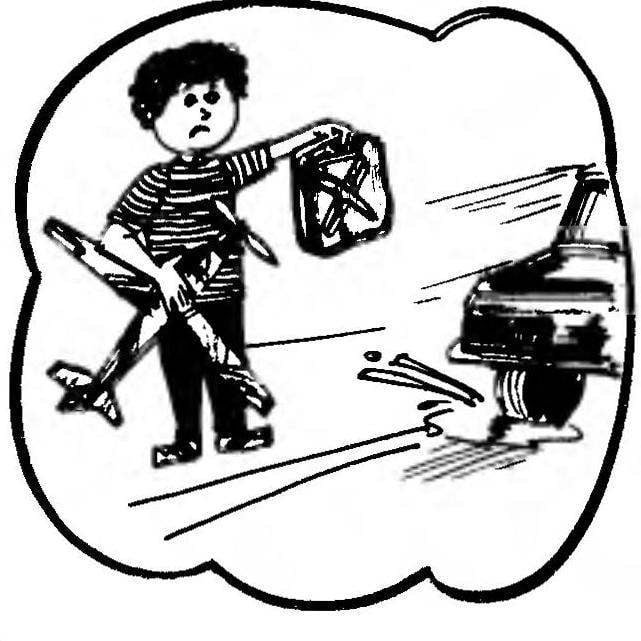 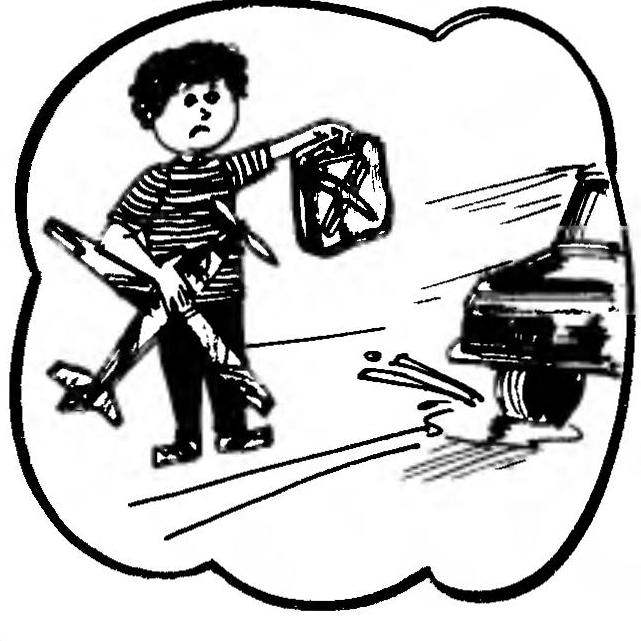 Search methanol for glow motors have always been a big problem. The situation is slightly simplified Pope the publication of interesting material about the ersatz fuel in the “M-K” № 6, 1986. However… was not so easy to find and required for its preparation the solvent oil-based paints. Finally the problem was solved after the publication of a number of other recipes fuel mixtures in the “M-K” n b star 1990. Of all the options the most simple mixture based on gasoline And-76 and AI-93. However, there is little difficulty. On a mixture of perfumes work well only with a special selection of glow candles. But this possibility is not at all.
Attempts independently to find the fuel composition, fully meet the requirements of a balanced budget, gave interesting results. It turned out that a mixture, consisting of $1% of gasoline And-76 and AI-93, 21% of white spirit and 20% oil MS-20 or castor. any mass model engines work well without matching candles. For example, “the rainbow-7” without any preregulator on this ersatz fuel zapuskaetsa fast, does not stall after a power outage candles and steadily holds given mode of operation. It is useful to note that the test mixture was held at subzero temperatures!
Also well behaved with the new fuel and glow serial “meteor is 2.5”. However, it is better to remove from the cylinder head one strip, bringing the compression up to 9-9,1. In this case, with the same resistance mode, the maximum engine speed will increase. Resource glow of candles on the accelerated mass of the motors in the application of ersatz fuel is not reduced.
A. Swan geese,
Astrakhan