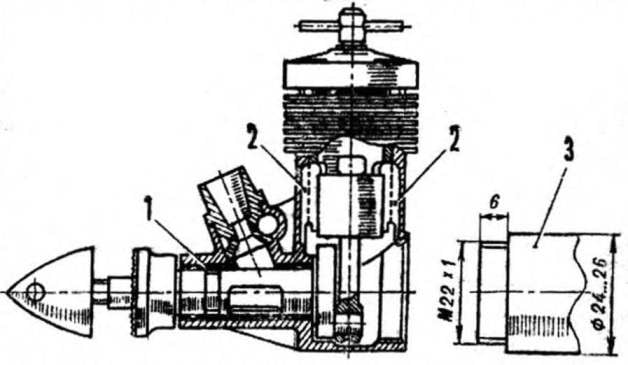 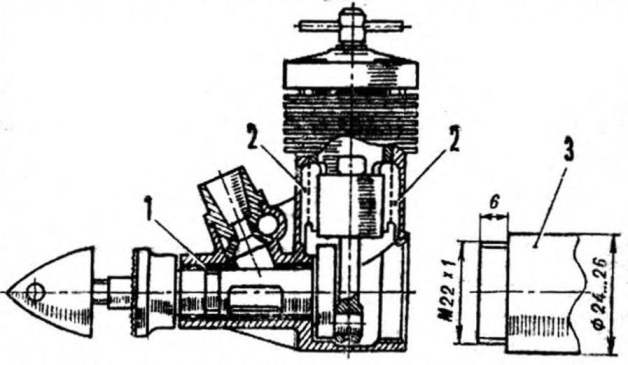 Good appearance good passport data, quality performance — these are produced in our country in large series compression motors CSTOM-2.5 D. But unfortunately, not every of them work confirms promised in the user performance data and the resource. Instead 0,34 HP at 16 thousand rpm with the standard propeller 200×100 mm we had great difficulty in achieve a 70-80% capacity, resources are often limited to running, bad engine run, requires careful adjustment.
The last two characteristics had improved dramatically after that. Mac we are using a small mills deepened passageways in the crankcase on the contour. Quickly and carefully considering the failed samples, came to the export: the main reason for a low resource and low power in the introduction of the pulverized particles of aluminum in the surface of the cylinder pair. Phenomenon, greatly increasing coefficient of friction of cast iron on steel, caused by the installation of the crankshaft directly to wear the aluminum housing. Bullies in a “bearing” is also not uncommon.
It was enough to install bronze liners as the engines began to develop 17 thousand rpm and whiter with regular screws on the fuel without any additives. Increased significantly and resource. In the glow version of the same motors with the standard propellers go on steady mode is about 20 thousand/MII when using the standard fuel mixture.
To install a liner sock Carter rastaquouere. A mandatory requirement of machining parts on a lathe with a single setup on a special threaded mandrel. Only this technology allows to maintain the perpendicularity of the axes of the cylinder and bored to Ø 11 mm holes in the toe. Otherwise slipping during engine crank the neck rod would negate all efforts to reduce friction. 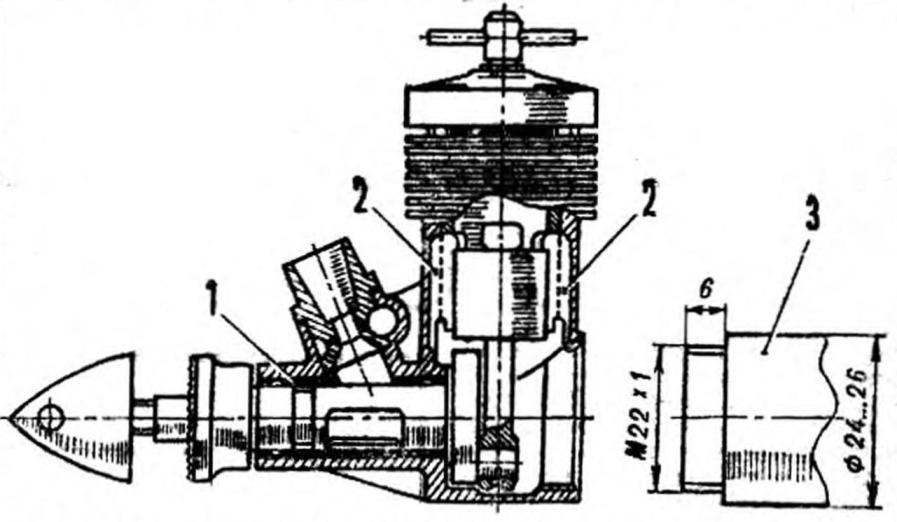 Completion of Microdrive CSTOM-2.5 D:
1— bronze liner bearing crankshaft. 2 — shot material Carter’s by-pass channels. 3 — mandrel for installing the crankcase on the lathe.
The rear wall of the engine not shown.
Bronze bushing-the bearing must log into place with an interference fit, the sump before it is heated on a hotplate. Assembly again is placed ia the mandrel in the machine, follows the bore of the bearing liner at the inner diameter and the execution of two grooves of labyrinth seal. After topreserve window suction sleeve is ground under the crankshaft.
USMANOV, head aviamodeling mug, Sterlitamak