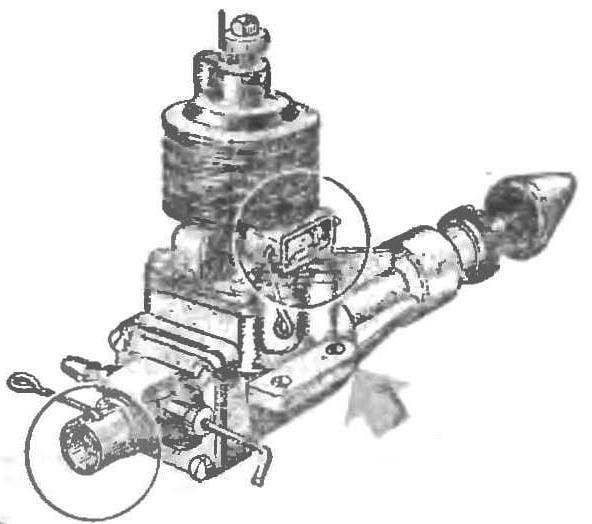 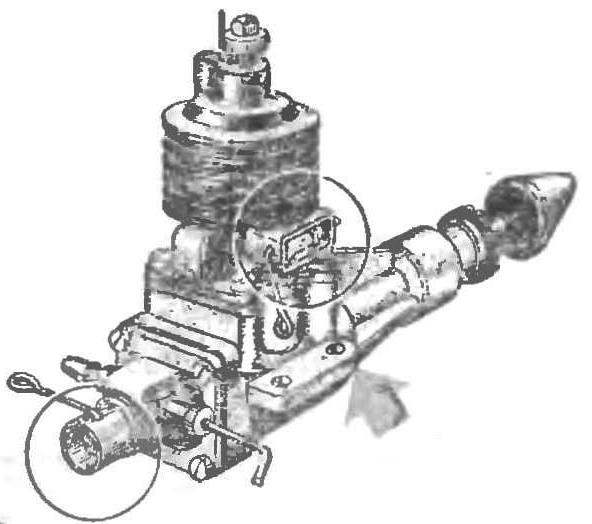 When designing the model of the catamaran, calculated under domestic motor KMD-2,5, revealed the need to adjust speed on the radio. Had to carve out two parts aluminum diffuser carb increased length and a rotating door. New diffuser installed instead of the original, so the dimensions of the parts included in the rear wall of the housing, to accurately duplicate the dimensions of the serial. The remaining proportions are random. Note that when performing the planting hole under the flap is necessary to provide a dense enough mutual fit of these two parts. A cross hole in the valve corresponds to the inner diameter of a diffuser in the open position of the ledges at the entrance should not be. The control lever is formed by filing a thin disk, machined integral with the valve.
The effectiveness of the device is sufficient, “gas” is regulated smoothly and without interruption. Such revision of the engine can be recommended to all modelers using KMD-2.5 RC of any type.
THE COMMENT OF THE EXPERT
The design of a controlled throttling device is not the only one. Those who do not have the opportunity to work on machine tools, we can recommend the option of using a regular diffuser. It across similar parts of the drilled through-hole Ø 1-1,5 mm under the wire axis. On it during Assembly pressed tin valve-washer in which pre-at places or had a knife two slits. Through these slits introduces an awl, a bit more subtle than the axis, then the edge of the blank are crimped with pliers and line. The damper is fitted, the diameter of the diffuser so that when closed leave no gaps. Firmly attached to the axis of the lightest tin washer additional fixing is not needed, or at least after her adjustment device can be mounted by soldering.
Depth throttling KMD-2,5 increase significantly with the installation of the damper of the exhaust window associated with the valve diffuser. Rectangle pipe of a shirt of the cylinder as if specially designed for this purpose. Cylindrical steel, brass or duralumin billet is drilled exactly along the axis, with a file she was given a lenticular cross section. The wire axis is compressed during Assembly, just solder here already can not be used. If the hole is slightly “procjena”, slightly flatten the axle in two places, light strikes the wedge-shaped portion of the hammer. The damper should be tightly overlap the section of the exhaust pipe. Oddly enough, the motor not only did not “feel” the open flap of the exhaust, but continues to work steadily at minimum speed even in spite of all the completely blocked pipe. 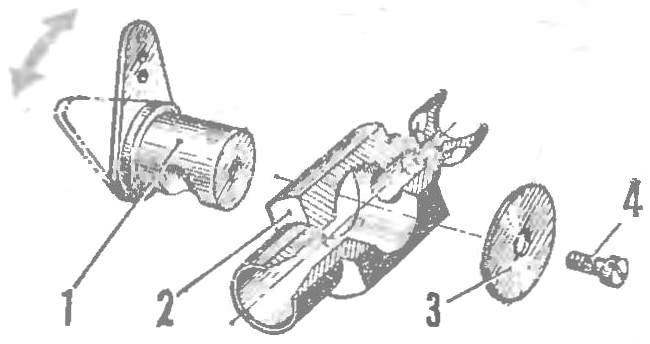 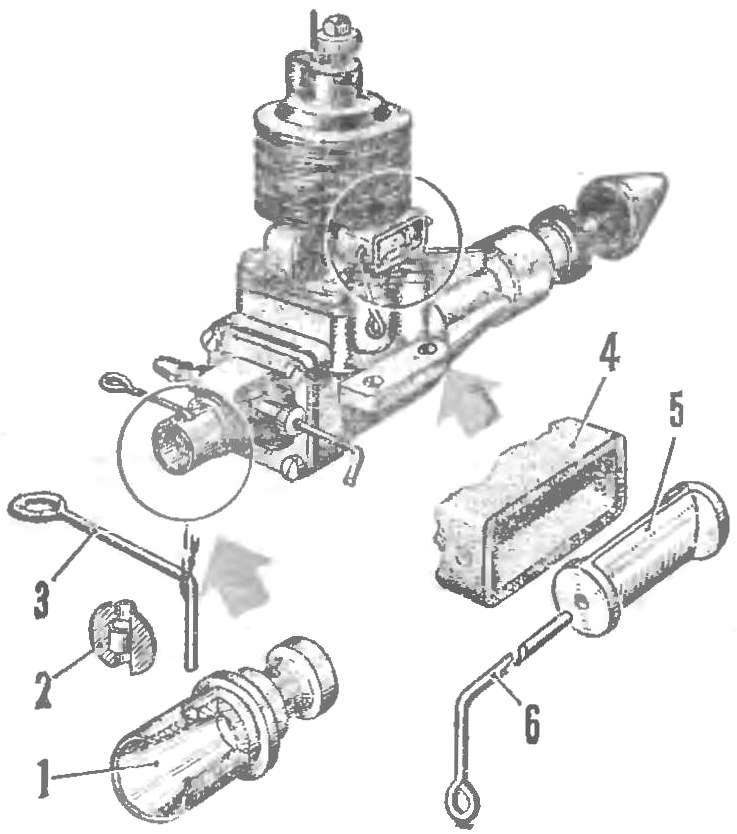 Fig. 2. Simplified design controlled throttle inlet and the throttle exhaust:
1 — modified the regular diffuser, 2 — tin valve suction 3 — axis dampers, 4 — exhaust pipe shirt cylinder, 5 — valve exhaust, 6 — axis damper of the exhaust.
It should be noted that many models of engine KMD-2,5 grosseserrata the exhaust better and deeper than one suction. But the Association of these systems gives the best results. To match their action is easy, as you can decide for yourself, depending on the model and servos.
If you are sure that you will be able to bend at the ends of the levers under a neat loop thrust control, do the bigger diameter and sealed them in segments of copper tubing.
A. SHANGIN, Minsk