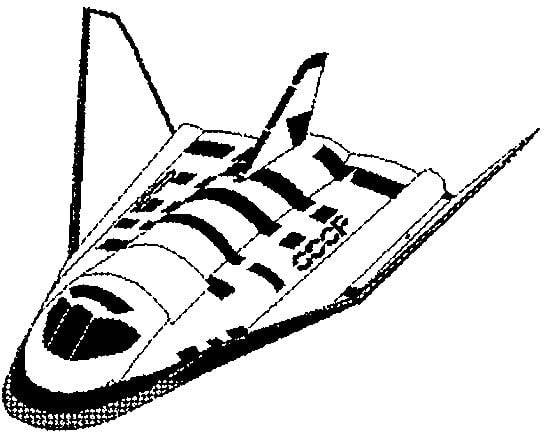 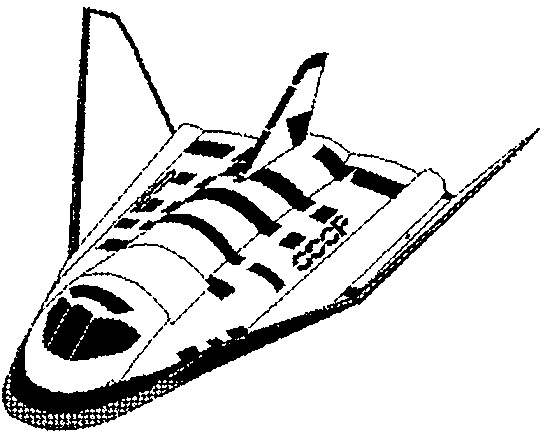 We introduced readers interested in a new flying class, with the design of the world Cup winner F. Barnes. Judging by editorial mail, the model has attracted the attention of athletes. For those who are going to build such devices, we published drawings and a description of the rocket R. Parkes, who won the same championship the third place. His model represents a different direction of designing a radio-controlled rocket paritala in which the engine is installed in the rear fuselage.The fuselage is stacked.
On the balsa polosamota 3 mm thick during Assembly are mounted to the sidewall of balsa (plywood) with a thickness of 1.3 mm. Front box balsa the fuselage is closed by the boss, is processed to obtain a streamlined shape. The container for the engine glued several layers of thin paper on the mandrel d 24 mm, after mounting box to the fuselage is closed at the top and bottom balsa plates with thickness of 1.8 mm. Other modifications of the described models had the fuselage fully laminated of fiberglass. In the amount of the bow is set a whole set of side of aparatury with two steering servos on the left side of the fuselage power switch.
The center section of the wing visseren balsa 12 mm thick, its ends are covered with plywood with a thickness of 1.3 mm. At the axis of symmetry of the wing behind the drilled hole to the axis of the wing spar in which is mounted the carbon fiber tube tail boom. Its outer diameter 8 mm, Wall thickness 1 mm. In the area of the rear edge of the center section beam reinforced by the most loaded phase at the expense of additional carbon top tube d 10X1 mm.
The wing is detachable. Consoles spar is carbon fiber pipe d 8X1 mm, protruding by 20 mm from plywood root ribs with a thickness of 1.3 mm. These free areas of the tubular spar includes through the tube of the center section d 10X 1 mm. the angle of attack console fixed short bamboo pins d 2,5 mm, glued in the wing between the spar and trailing edge.
When assembling the wing balsa ribs with a thickness of 1.8 mm are wound on the tubular spar and glued to the bottom of the casing of the consoles. After installation, the edges of solid balsa (front section 4X6 mm, rear — 2×12 mm) wing is sheathed on top of the same veneer of what is made and bottom plating with a thickness of 0,8 mm. “Ears” betoniarnia.
The wing profile is reminiscent of Сlагк-slightly reduced thickness. It should be noted that some models of the winners had a biconvex profile, flight characteristics of both variants were almost equal. 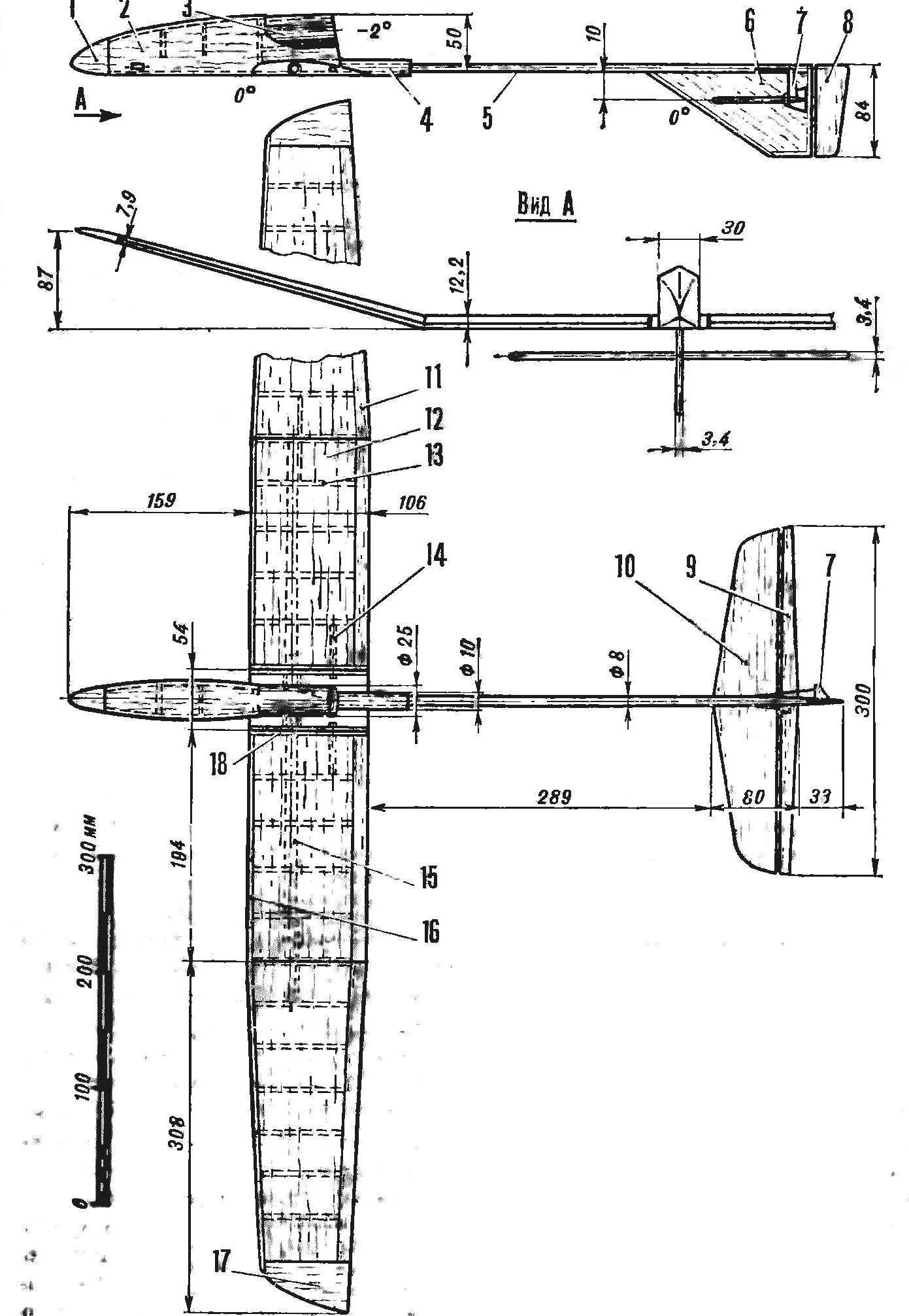 Model RC rocket plane
1 — bow-boss, 2 — body, 3 — container, engine, 4 — gain beam, 5 tail beam, 6 — Kiel, 7 — hog of the drive wheels, 8 — rudder, 9 — Elevator, 10 — stabilizer, II — trailing edge, the 12 — cabin, 13 — rib, 14 — pin, 15 — tubular spar, 16 — the leading edge, 17 — ending, 18 — end rib
The tail is fully balsa, its flat elements only rounded on the front and rear edges. The keel is experiencing considerable load during landing, strengthened by edging the outline with pine slats. The surface finish of the tail, like m — wing, a – “welded” a colored plastic film. On ribbons of the same film, and hung rudders. Pull from the servos, represent flexible veins of nylon, used ready. They are plastic guide tubes, which serve as a Bowden sheath. All traction placed inside the tubular tail boom, a short distance from the control horns of the elevators and turn they go through the holes to the outside.
The rocket is equipped with a miniature receiver with two steering servo. The engines with a total impulse of 40 n-s and operation time from 5 to 6 s. it Should be noted that the location and vykos the axis of thrust of the engine chosen as a result of numerous experiments. When shown in the drawing the values adjust the trajectory of the take-off using the radio control is almost not needed. The mass of the rocket without the equipment and engine 152 g.