Wings of schematic models of gliders do not usually have a large margin and when tightened on the guard rails inexperienced athlete fall into a flutter or fold overload!
Especially often such picture can be observed in a strong wind. A model designed in our group, has a strengthened wing and “forgiving” rough puff.
Rigidity is achieved by the installation of two additional rails, which serve as braces and center section.
Wing going, as usual, V-shaped, but without the Central rib. Then glue these two strips of the wing and ribs.
Although these slats and increase the weight 3-5 grams, but the rigidity and durability of the wing are greatly increased. To build the model, we use the following materials. Raked wing — pine 4X4 mm.
Ribs and fins — bamboo, plywood of a thickness of 1 mm or aluminum wire.
The fuselage with the pine rail 8X6 mm.
Hog of lilac plate 8 mm thick with a cutout for relief. Underneath the rake of the fuselage is attached to the launch hook wire OVS Ø 1,5 mm. Wing, stabilizer and fin are covered with colored paper. 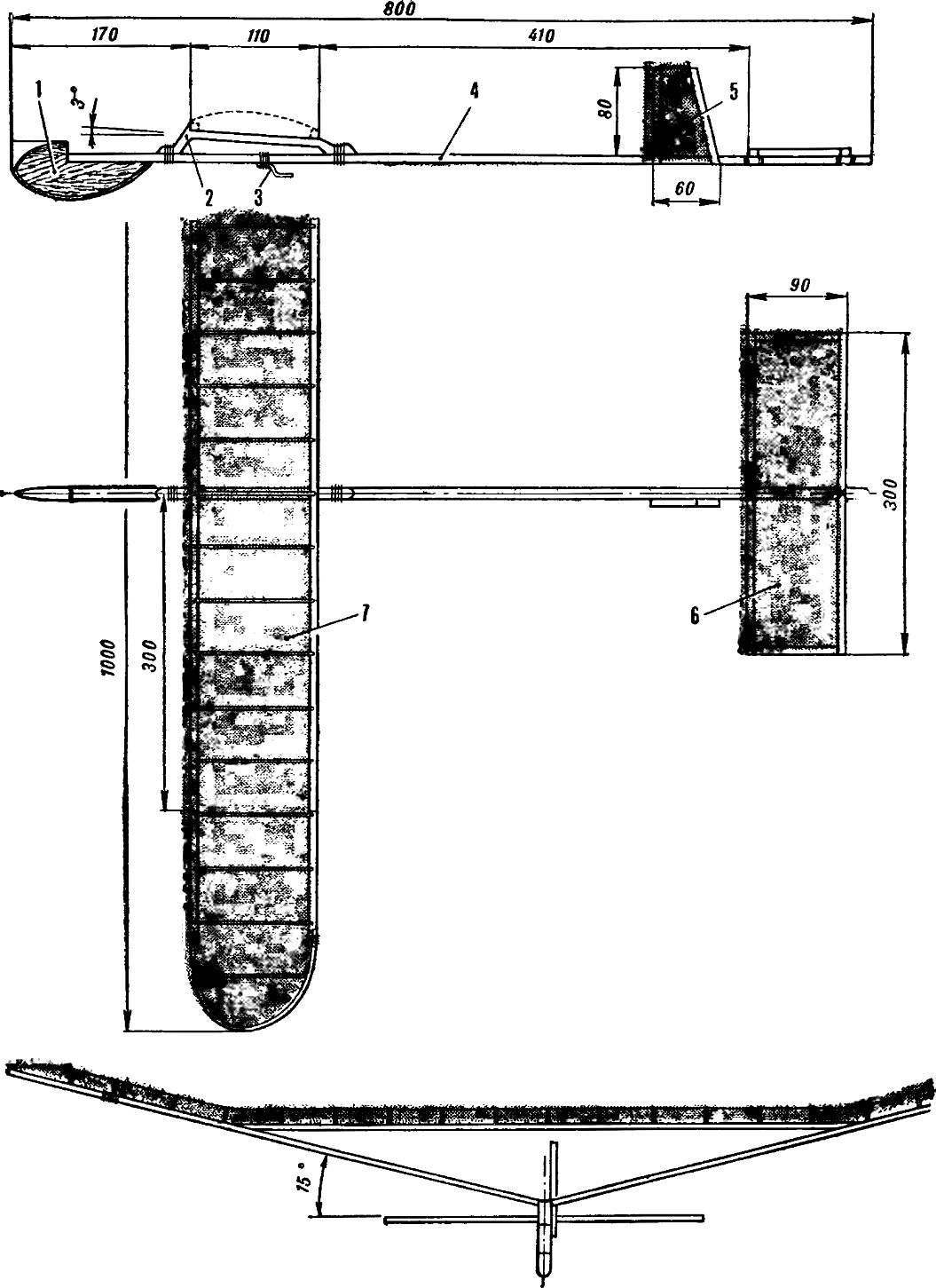