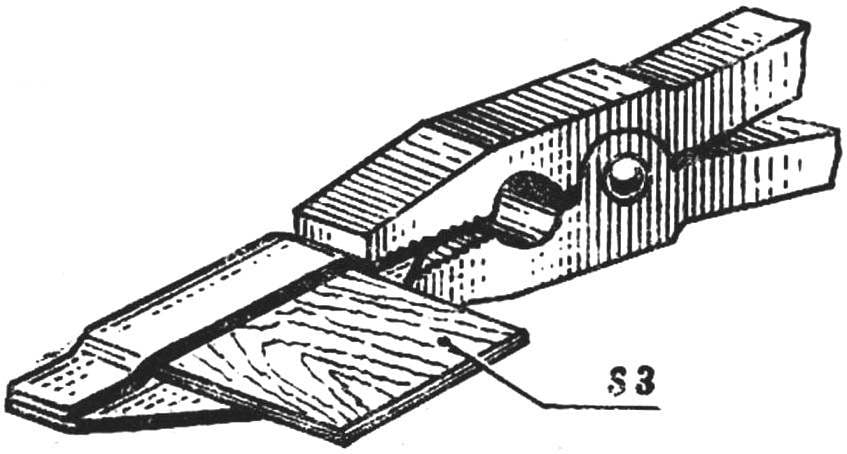 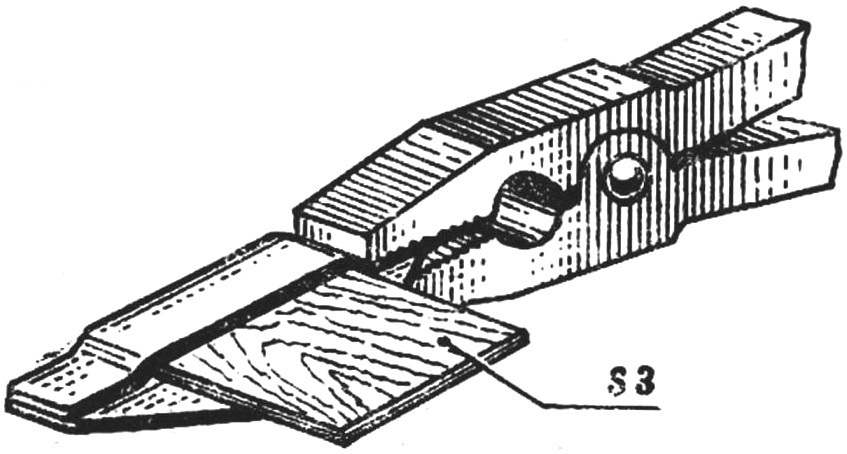 Often you can see guys, sorry standing at the wreckage of his first cord model aircraft. Many fail the rocking of the control — or done poorly, or the material is picked up correctly. And so I want to see in flight almost a real plane that you yourself invented and built!
We offer young designers of model aircraft to make a rocking chair in our drawing — it is quite durable and at the same time simple. Tests on many microplane novice modelers has repeatedly confirmed its reliability. 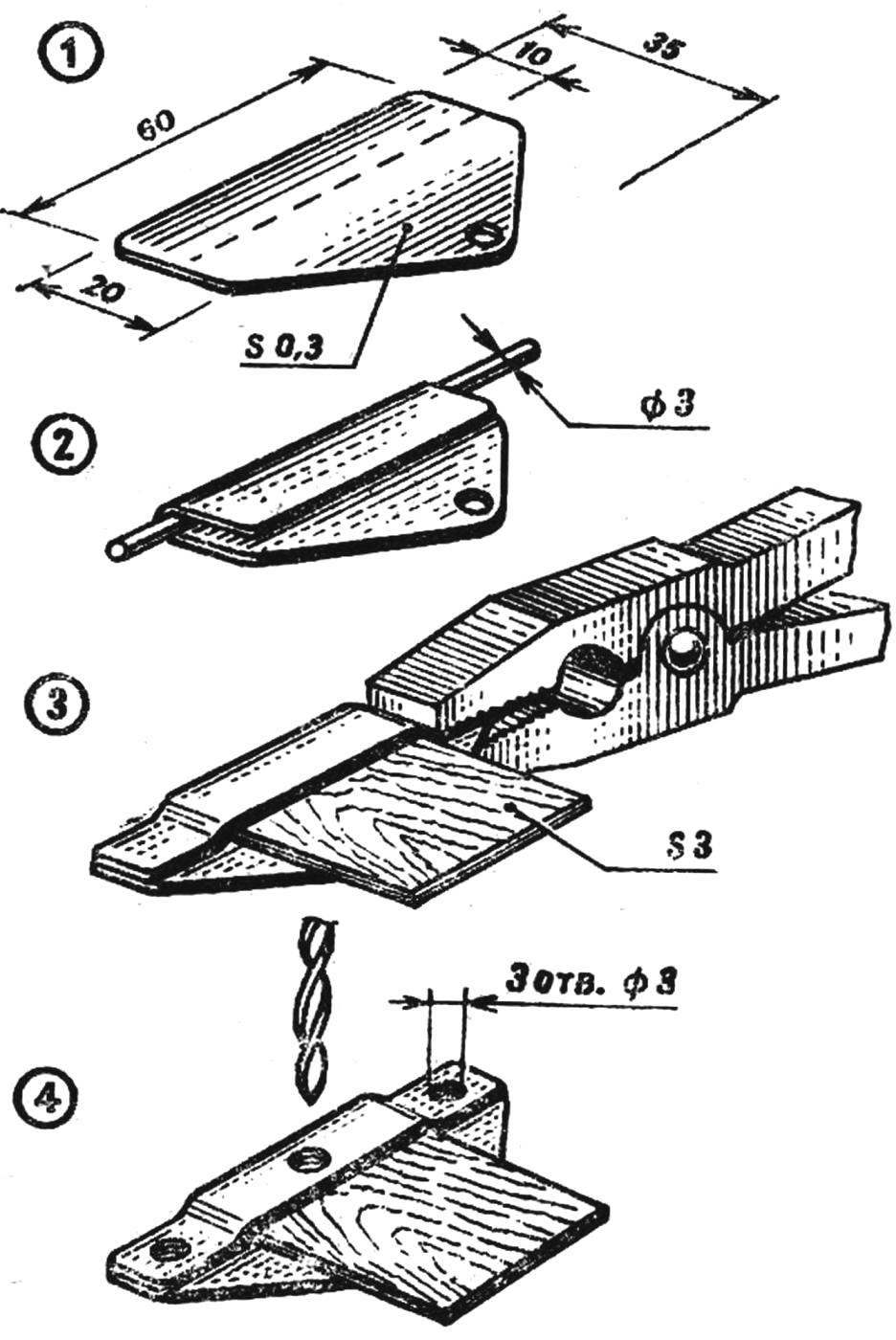 Manufacturer of sheet rocking control cord model (the numbers show the sequence of operations).
On the record of ordinary tinned sheet first, make marks, prozerpina line with an awl or Scriber. Cutting the workpiece along the contour of the needle or drill with a 3 mm diameter bend sheet metal, as shown in the figure. Plywood of 3 mm thickness to make the frame 40X40 mm and placing it in the workpiece rocking, squeeze the sides with pliers. You only have to drill holes Ø 3 mm, without removing the plywood mandrel. The hole for the control rod Elevator is drilled according to the diameter of the rod.
Axis of rocking can be a common nail or steel knitting needle Ø 2,8—3,0 mm.
A. PLATONOV