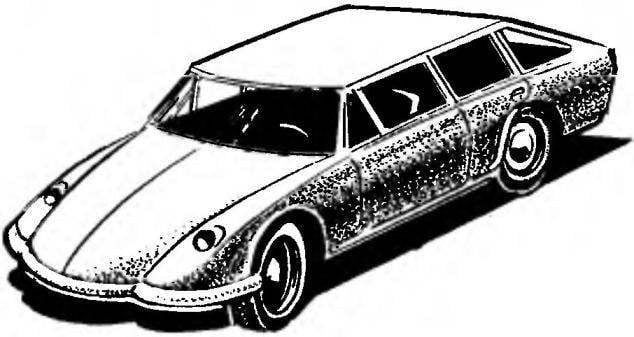 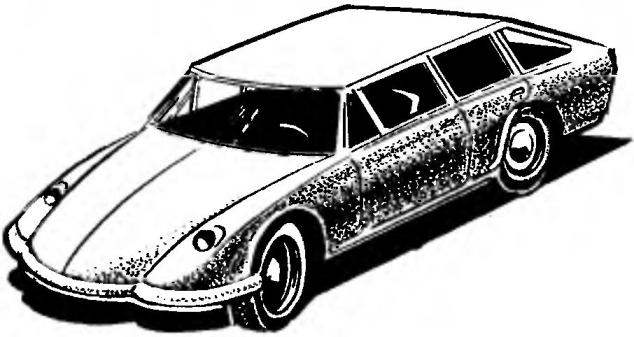 To create the body of the car, aircraft or boat, as you know, very advanced technology is Vileika of fiberglass using as a binder a polymer resin — epoxy, polyester and the like. The designer of the model always faces the inevitable choice: which of the options vyklicky to use it? You can select the matrix method of forming, providing a high quality surface without laborious finishing and allowing a “replicate” of the body, which is very useful in the manufacture of models in clubs or circles. However, we have to spend a lot of time on the first production of the master model, and then matrix.

You can go the other way: to be applied to the wall the disc. This is a fairly short technological cycle of production of the shell, but not without a number of disadvantages. First of all it is not easy to make wood or foam blank of complex shape taking into account the thickness of veclachi. It is also difficult to ensure easy removal of complex shell blanks — the Modeler has to provide in the case of technology connectors, allowing you to remove it in parts.
However, these connectors do not always coincide with the connectors in constructive that collect and operate model. Well, lapping the surface of the body-the task is far from simple. However this method is quite common, especially for relatively simple forms of a model.
a simplified method of manufacturing thin shells of fiberglass and polymer resin, which uses a disc of fusible material such as wax or paraffin.
Production of ingots starting with drawing out the Plaza — the theoretical drawing in full size. With particular attention to cross sections of the body, which reflect the characteristics of the outer surface of the shell model. They should be applied and the real contours, which needs to be lowered by the thickness of the future shell. 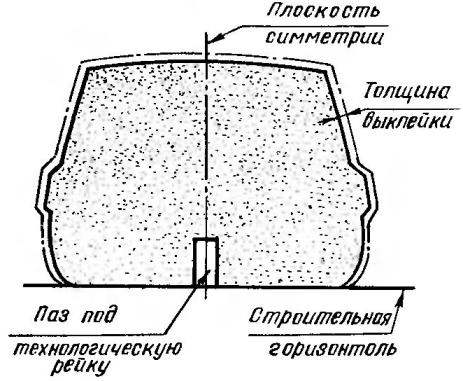 The technological frame of cardboard. 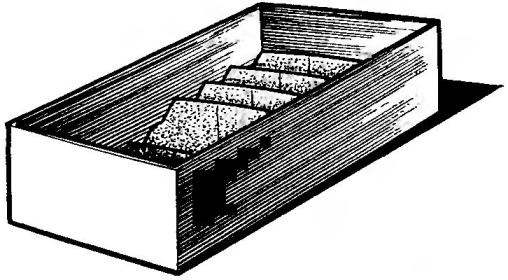 Form prepared for pouring the wax. 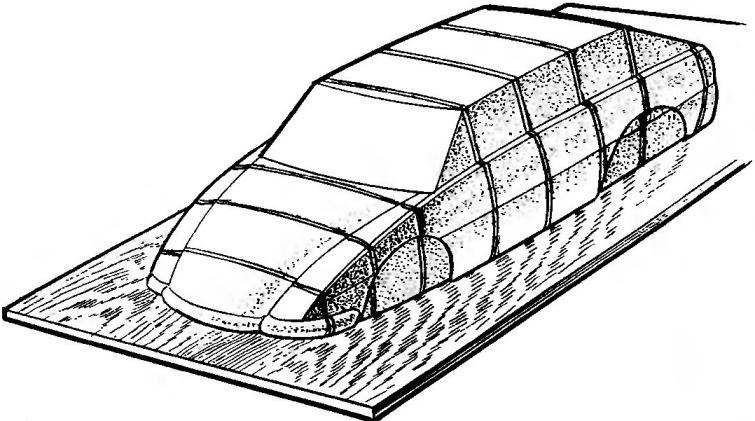 The finished “skeleton” of the paraffin blanks. 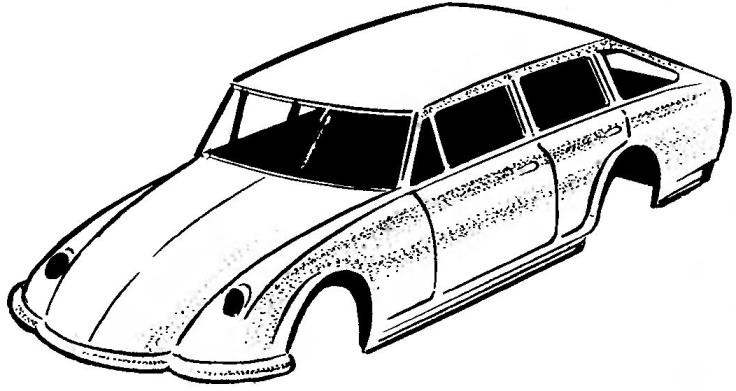 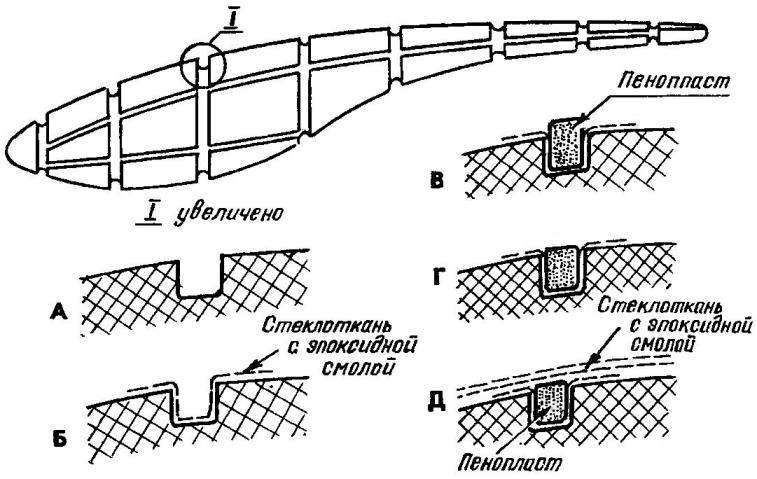 Vileyka the fiberglass shell of the fuselage with internal space frame:
A — paraffin blank with the grooves for the inner frame, B — laying in the grooves of the fiberglass, In — filling the grooves with foam, G — processing of the foam, D — lining of fiberglass blanks.
Further the colored or painted cardboard is gently transferred the outlines depicted on the Plaza of the cross sections and the plane of symmetry and construction of horizontal housing. From cardboard frames and wooden slats passing through the hole in the intersection point of the construction of the horizontal and the plane of symmetry of the hull, assemble a kind of “skeleton” of the future disc and fix in a suitable size wooden or, better, in a metal box.
Now it is necessary to prepare the composition for pigs (wax, paraffin or a mixture thereof), load it into a suitable container (e.g. a pot) and melt in a water bath. To use for melting direct fire is not recommended categorically wax may boil, splashing around itself, hot liquid, or even light up.
When the entire composition in the pan go into a liquid state, it is carefully poured into the box with a “skeleton” of the future disc. After hardening of the mass of the paraffin block is removed from the box and process, focusing on laid inside “skeleton”. It is convenient to use knives-joints, flat and semicircular chisels or pieces of iron from the plane. For a sample of the recesses makes sense to make some kind of graver made of steel spoons — you need only keenly sharpen them.
If the disc was sink or experienced a chipped material, the marriage is easy to correct with a soldering iron: a piece of paraffin upravlyaut in flaw shape.
The finished disc is polished and carefully paste over with several layers of fiberglass cloth using as a binder, usually epoxy resin. After curing of the resin body shell is treated with sandpaper, even with epoxy putty and again sanded with sandpaper. Then the wax drips through the holes in the shell. Through the same hole remove the cardboard “skeleton” blanks. If the body needs to have structural or operational connectors, then cut him before the melting of the wax from the blanks — otherwise, a thin wrapper for mechanical processing of easier to damage.
The use of paraffin allows blanks to be applied to the wall of the shell underlying the design of the inner frame. For this purpose in the molded disc choose grooves, which are first glued the patches of fiberglass, then the foam strips. After that, the disc wrapped in plastic film and wrapped with a rubber bandage, which allows tightly hold the strips to the disc. After polymerization of the resin foam is cut flush and the surface of the blanks hang fiberglass.
After melting of wax is an exceptionally tough and very light shell with integrated spatial framework.