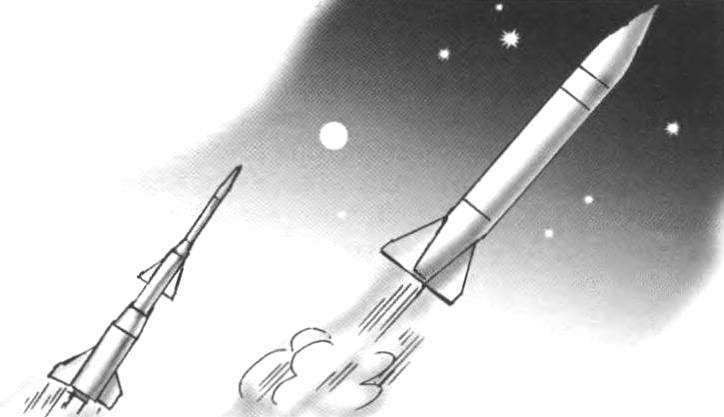 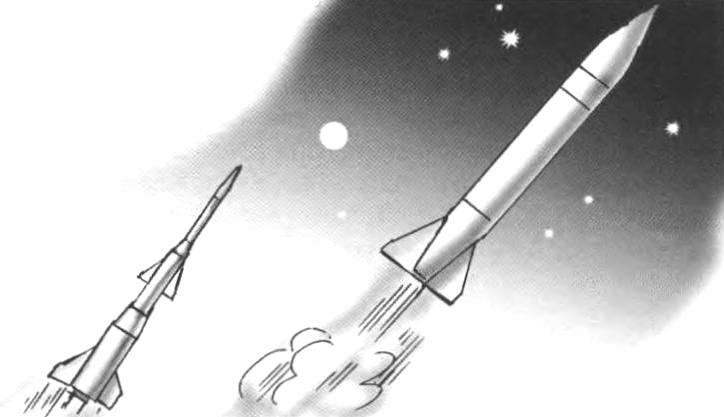 Category high-rise models (S1) is one of the oldest in the rocket modeling. Since 1985, the sixth world championship, it is firmly “registered” in all world and European Championships. It should be noted that our sportsmen became the leaders in it, and of the eleven world Championships last twenty years became seven-time Champions.
A landslide victory in the 16th world championship at the Baikonur cosmodrome in class of models on the height of the flight was won by V. A. Menshikov, the repeated champion of Russia, prize winner of Championships of Europe and world. His model — “skyscraper” class S1B rose to 612 m (see “M-K” № 6, 2007).
Depending on the specific impulse of the engines, the diameter and length of the housing category S1 is divided into five classes. For many years, are championship classes S1B — S1C boys and from adults. After the recent changes in the FAI code technical requirements for the models are the same: minimum diameter — 40 mm on the mid-length of the rocket (not less than 500 mm). And yet, in the category S1, the minimum diameter of the body (back section any stage) should not exceed 18 mm.
Classes S1B and S1C different maximum total impulse of engines and the starting mass of the model. Young pulse is not more than 5 n. S., weight — not more than 60 g in adults, respectively — not more than 10 B. C. and 120 g.
Another General requirement for the models in this category. With the use of two “working” levels of the impulse model rocket engine (MRD) must be the same on both levels, 2.5 n. s. (in class S1B) and 5 NS (for a class S1C). You may use any number of engines, in any combination thereof, provided that their total momentum will not exceed the allowable values for this class.
The goal of the competition in the category of high-rise models (S1) — achieve the highest altitude determined through appropriate measurements. Each participant can make three flights — for best result and determine the winner. In case of equality of results, to identify the best taken the amount of two flights. And if it is the same, the sum of all three determines the champion.
All the models of this category to determine the result of the height are tracked in flight with at least two calibrated measuring instruments (theodolite, TZK), located at the ends of the base line length less than 300 m in line of sight from the start. Operators working with measuring devices, record the angles as yaw (azimuth) and a horizontal (elevation) with an accuracy of 0.5 degrees. The angle data obtained in the monitoring model, are translated into data for height triangulation method. 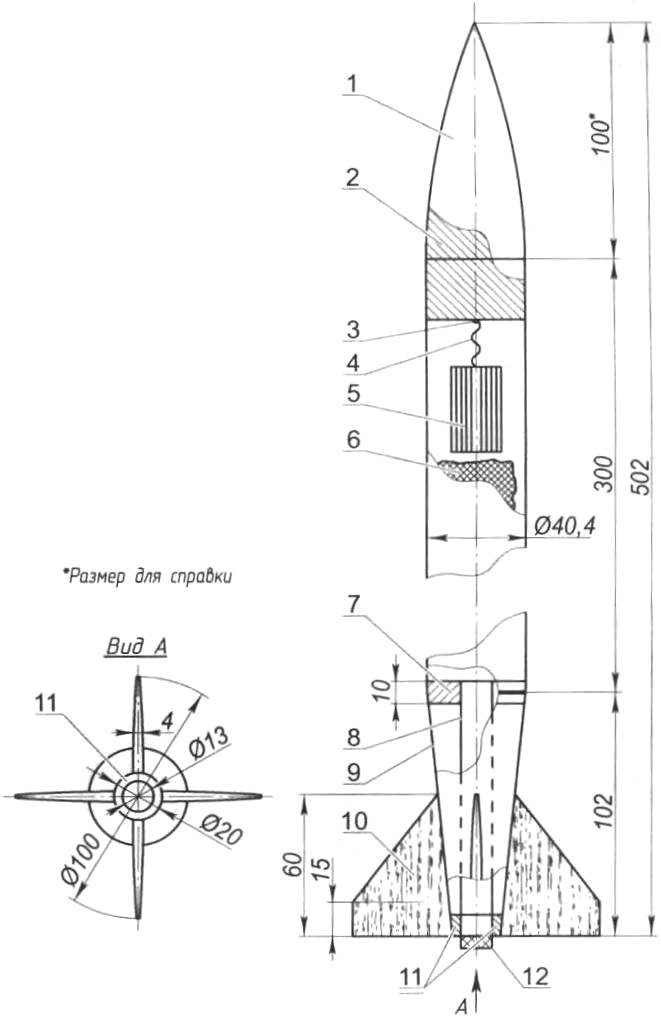 Fig. 2. A model rocket class S1B champion of Russia A. Kozlov (Ekaterinburg):
1 —fairing; 2 —loop suspension; 3—the case of the second stage; 4—thread suspension rescue system; 5—recovery system (brake band); 6—wad; 7—thrust bearing; 8 — centering bushing; 9—the stabilizer of the second stage; 10 — frame of the second stage; 11—MRD the second step; 12—bushing landing of the first stage; 13—ognevoj; 14—frame; 15 — transition cone; 16—ring; 17—the case of the first stage; 18—centering frames of the first stage; 19—Bush “landing” (binding) MRD; 20—the bottom frame; 21 —MRD first stage; 22 — stabilizer of the first stage; 23—recovery system the first stage
Inside the case in the lower (aft) part of the resistant and glued the centering sleeve and the frame, after making them in a hole with a diameter of 10.2 mm mrad. In the upper part of the body from the inside fix the halyard (the string of length about 800 mm) for connection with the head fairing, and mounting the brake band. Its length is not less than 3 m, the width — 25 — 30 mm.
The stabilizers of the second stage (there are four) are cut from the balsa plate with a thickness of 1 mm, the sides are reinforced with fiberglass, attach the butt to the rear of the hull.
Fairing — arched form, carved from basswood, and well treated with varnish. In the bottom (skirt) glued a loop for attaching the halyard.
Flight weight of the model without MRD and rescue system — about 20 grams. Kicks off “height” on the two engines “Delta” pulse of 2.5 NS MRD first stage of the retarder is not. His task is to give the model a starting “push” to accelerate to a certain speed. Its running time is not more than 1 — 1.2 s. the Time of operation of the retarder MRD the second step is chosen and practically is of the order of 6 — 6,5.
Training model for the start — it is responsible, requires skills and a certain sequence. Will tell about it in detail.
In this design (by way of connection steps) in the sequence of their preparation does not matter. For example, let’s start with the first (lower) stage. On the outside of the hull, in place of the diametrical holes, fasten the brake band is a strip of polyethylene foil size 25×300 mm, pre-folded “accordion”. Threaded through the hole presses a cotton thread and tied to the body of the brake band. Then in the frame insert of MRD and “plant” it on the sleeve (the connection must be tight, no backlash). Then from above we fall asleep in ognevo a little powder — one scoop (cut casings from a small caliber rifle with a length of 4 mm).
Next, stack the brake band in the housing of the second stage, pre-covered talc, cotton wool and paint (to create a colored cloud for better observation of the altitude of the disclosure of the rescue system). Then press-fit “set” MRD the second step, leaving it with a skirt length of 18 mm free. On it with little effort put on the body bushing of the first stage. The end of the engine thus rests on the upper edge of ognevaya. The distance between steps in the connection should not be more than 1.5 — 2 mm. To guarantee the nozzle of the engine of the second stage can sleep 5 — 6 grains of powder.
Takes off the gas dynamic model with the type “piston”, while the skirt is MRD first stage consists in the holder of this installation. After liftoff, at an altitude of 10 — 15 m lifting charge fires first stage engine. The firing pulse is transmitted by the tube-Ognevoy to the engine of the second stage, and she “goes” up. And at the same time there is the burning of the locking thread recovery system of the first stage, the brake band is revealed — and she lands.
V. ROZHKOV