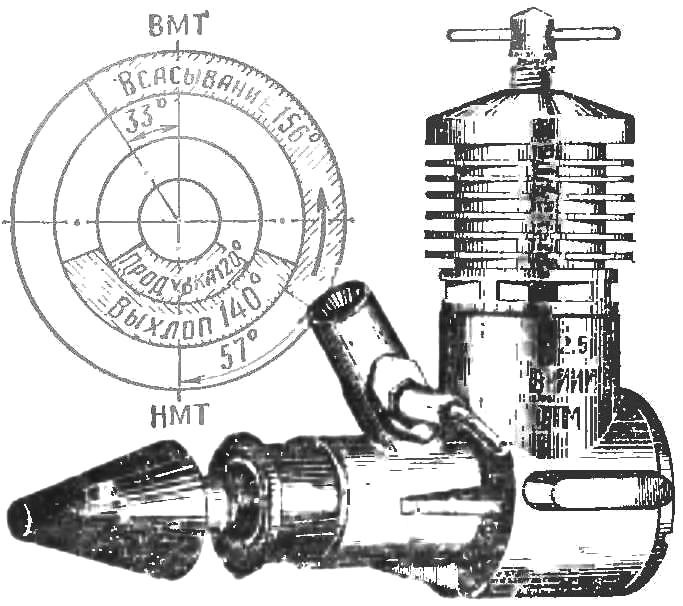 “Dear edition! I have been modeling, build kordovye-models, flight a big request To you — please let us know what new model airplane engines went on sale in 1973”. V. Vasiliev. Chita oblast.
“Tell us about a new modeling technique…” — write avtomodelisty from the city of Tyumen.
Such letters to the editor come very much. Given the requests of our readers in this issue we talk about new engines for modelers.
The engine MARK-2.5 cm3 “Sokol” was developed by the Department of technical models, CKTBI Soviet Union and manufactured by the Sokol plant in the city of Kiev.
Engine “Falcon” — a two-stroke with ignition from compression. Diagram of purge — counter ring. Work for the greatest number of modelers.
Much attention is paid to the layout and choice of materials and manufacturing of parts to ensure minimum cost of the engine.
The crankcase is made of aluminum alloy AL-19 by a molding method under pressure, tempered and artificially aged. Alloy after heat treatment has a tensile strength equal to 32 kg/m2, and the hardness HB — 95÷100.
The crankshaft spins on bearings and simultaneously serves for gas distribution made of steel 12ХНЗА, cemented. It has high impact strength and relatively low coefficient of friction paired with aluminum alloy AL-19.
The sleeve is made of steel SH-15, hardened to a high hardness LDCs = 55÷60. In the body of the sleeve 4 by-pass channels and 4 exhaust window.
The piston is smooth, the piston head is a truncated cone made of special cast iron with additions of chromium and manganese, and has high durability. 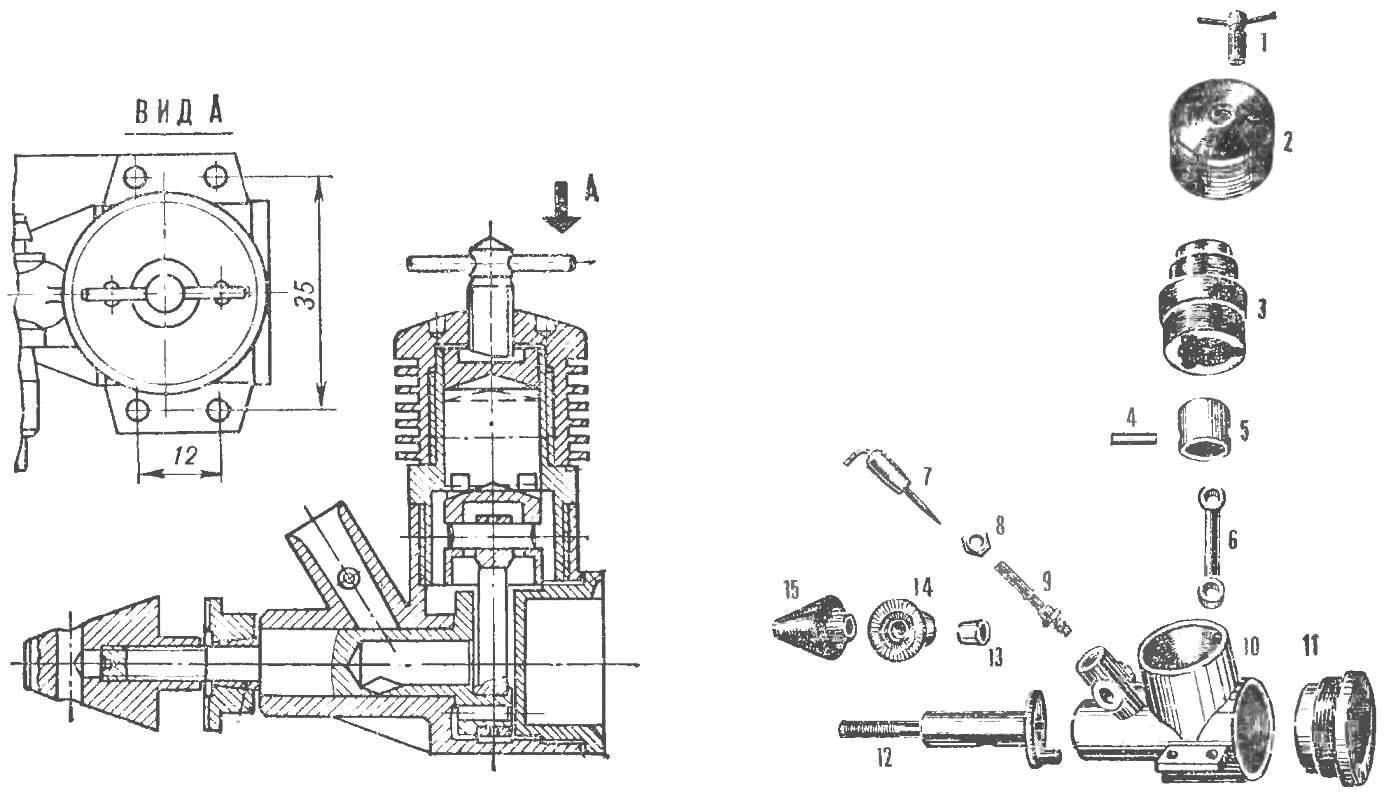 1 — contraint; 2 — cooling jacket; 3 — the sleeve with ControlNet; 4 — finger; 5–piston; 6 — rod; 7 — the needle of the nozzle; 8 — nut; 9 — nozzle; 10 — case; 11—rear cover; 12 — a camshaft; 13 — the cone washer; 14 — the bearing shaft; 15 — COC-nut.
The piston pin is of steel U8A, tempered, polished, is fixed in the piston lagopesole landing.
Rod — die-cast aluminum alloy Д16Г. Lubrication of the working surfaces occurs via 2 holes Ø 1 mm at the heads of the connecting rod.
The designers abandoned the fastening parts engine screws. It is possible to reduce the number of labor-intensive operations in the manufacture and Assembly of the engine and significantly reduce its cost.
Engine “Falcon” is easily triggered and is insensitive to small changes and adjustment of the carburettor, which ensures the stability of operation.
It has a very flat external characteristic, which allows to efficiently operate it on various models.
Apart from the main, model aircraft variant, developed self-similar “Falcon” and ship variant with water cooling. As model aircraft, the engines can be equipped with silencers noise.
“Falcon” is a versatile engine for the massive air-, ship – and automodelisme.
Recommended fuel composition is:
Kerosene…………………34%
Live…………………….33%
Castor oil….33%