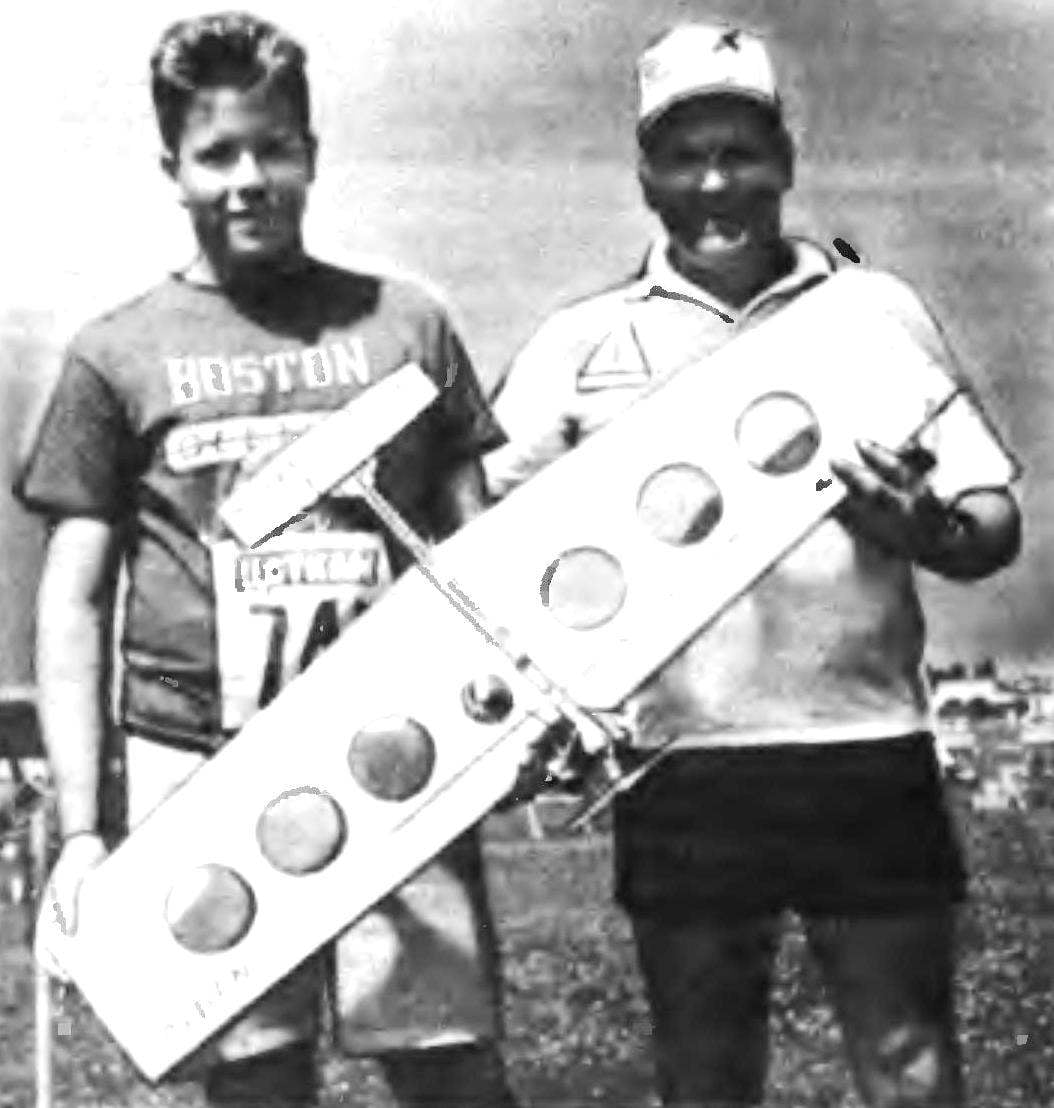 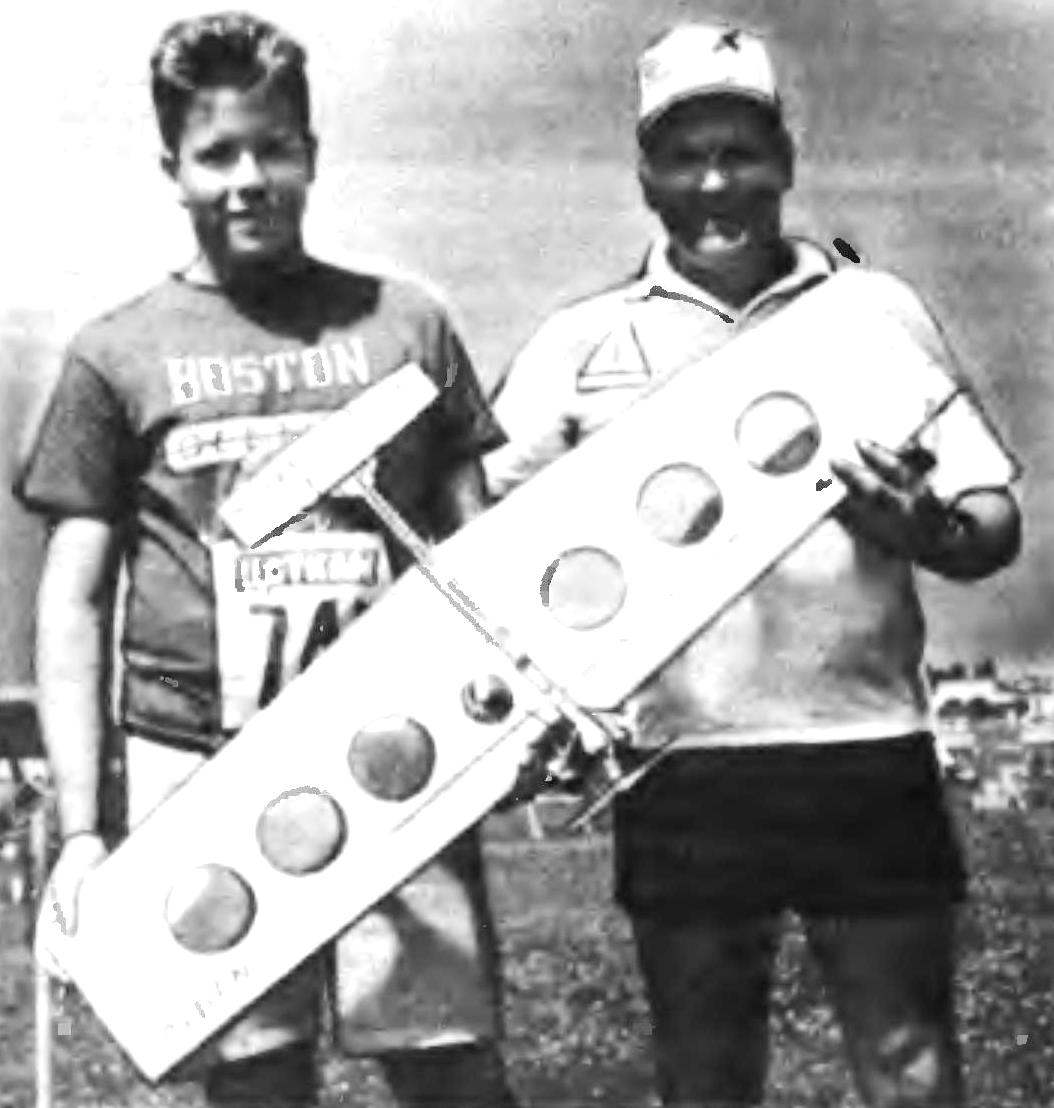 Fighting aircraft of the American athlete D. Stubblefield at the last world Cup cordovil held in Kiev, many attracted by the simplicity of the design. The main material used for its construction — a light polystyrene foam, similar in weight and strength in the domestic packaging.
The technology of manufacture of such models is as follows. From lime blank-plate thickness of 12 mm and a length of 238 mm cut out the Central rib, and then perform in it two slots under the beam flange. The latter represent a smooth pine slats with a cross section of 3X10 mm, length 1185 mm.
Foam cut both halves (console) of the wing. The maximum thickness profile in the center — 30mm, to the ends it is reduced to 23 mm. With the help of Thermaltake bore longitudinal grooves under the beam flange. (This operation is best conducted on the proposed technology — only then will be able to achieve not only accuracy in order to avoid the cracks fill with excess glue, but to provide a non-porous surface of the foam, the most tightly abutting with the flanges of the spar.) Then, the prepared parts are assembled together. After drying, the adhesive binder produced relief foam — cut templates six through-holes, Ø 100 mm. is performed Similarly through hole Ø 60 mm container under the fuel tank. At the end of the left console is closed up bracket output cord at the right end of the wing — load 20 g. the Cording of the wing — Mylar film.
Tail boom cut from basswood with a thickness of 12 mm; after the treatment she sticks to neutral the rib with the strengthening of the joint using carbon fiber. The end of the beam carries a plywood plate “stabilizer” for the mounting of the rudder. Last of the balsa plate thickness of 3.5 mm, the middle part is reinforced with a fiberglass covering. Hinged with two hinges.
Rocking sawn management of dural plate thickness of 1.5 mm, the wing is mounted at a distance of 40 mm from the side rail with the screw M4. A rocking chair with an Elevator connects the steel rod Ø 1.8 mm.
The fuel tank is soft (baby nipple), located in the wing container. Refueling is as follows: first tank with the tubing put in the container then a plastic syringe it is injected strictly metered quantity of fuel. The free end of the hose is put on the nozzle from a closed needle, which is opened only immediately before the start.
Engine mount represents two milled from duralumin I-beam cross-section. 9X10 mm long, the wing they are mounted with two screws M3. The engine with the front suction (via the crankshaft) has a mass of 135 g. With the air screw Ø 180 mm and a step 75-80 it develops in flight about 30 thousand Rev/min Flight weight of the model 450