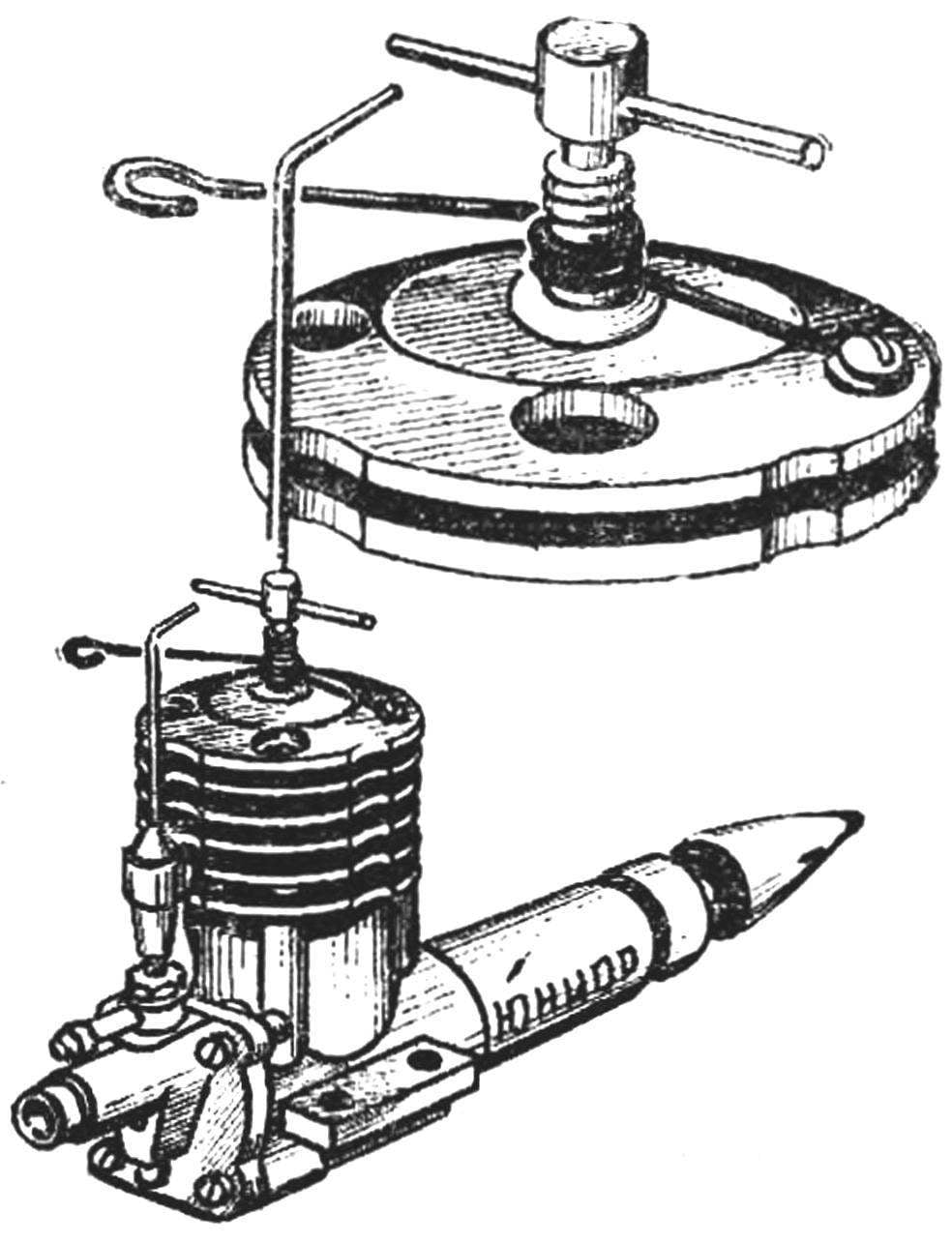 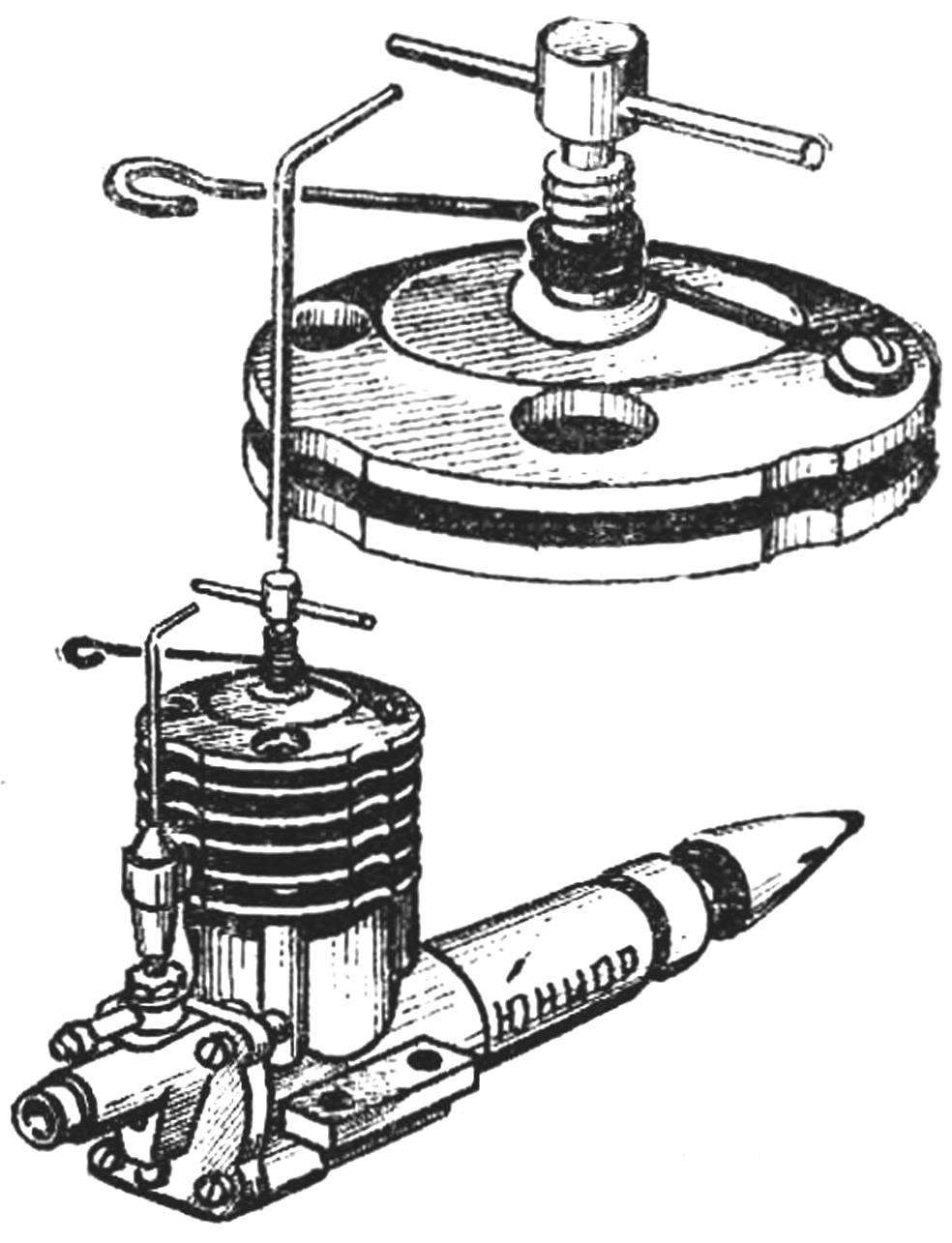 The kid from the first start push-rod started the engine, and early test-in. The engine revs, causing the car faster and faster to run on the track. Here are the included machine-cut timing a run of eight laps of the race, which is determined by the speed of the model. One lap to another… But it is! The impression is that someone hung on the rear wheels of the machine and slows down her run. Smooth, easy sound debugged in training “engine” was replaced by strained, jagged roar. Of course, the speed shown “shell” is too small.
When starts after I figure out what’s going on, it turned out that the culprit of the failure mode was a small adjusting screw. He perfectly kept controlling in training, and then turned away from the vibrations at the most inopportune moment.
Especially suffers from this “disease” of domestic MK-17 “Junior”, otherwise quite a good engine for beginners. Although it provided a split sleeve, clamping screw, to sense from it a little.
To insure the same MK-17 from violations of the adjustments simply. Position saves basic safety spring. It is the circumferential wire OVS Ø 0,7 mm core Ø 2,8 mm in three or four turns. One end is clamped underneath the screw head M2,5, which is screwed in a socket, cut in the head shirt of the cylinder. The other is bent in the same ring as the first, and serves as the handle of the jaws of the fuse. The advantage of it is that the locking mechanism allows for ease of loading controlling, unscrewing the spring is tightened and lock the screw. If you want to overcome it, expand a little with the “arm” of the spring. Once after adjusting, you release her, she’ll grab the adjustment screw, not letting him look away.