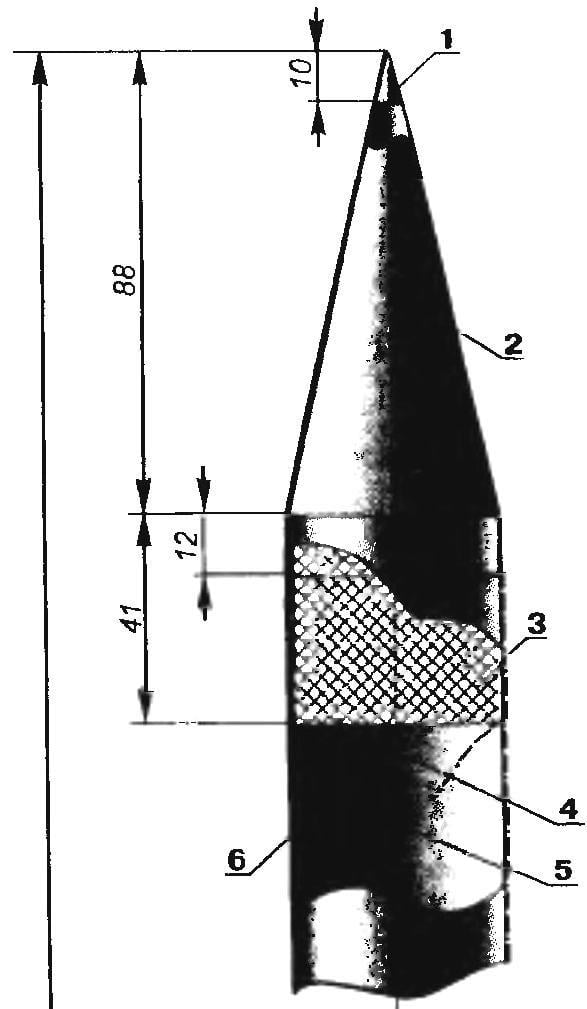 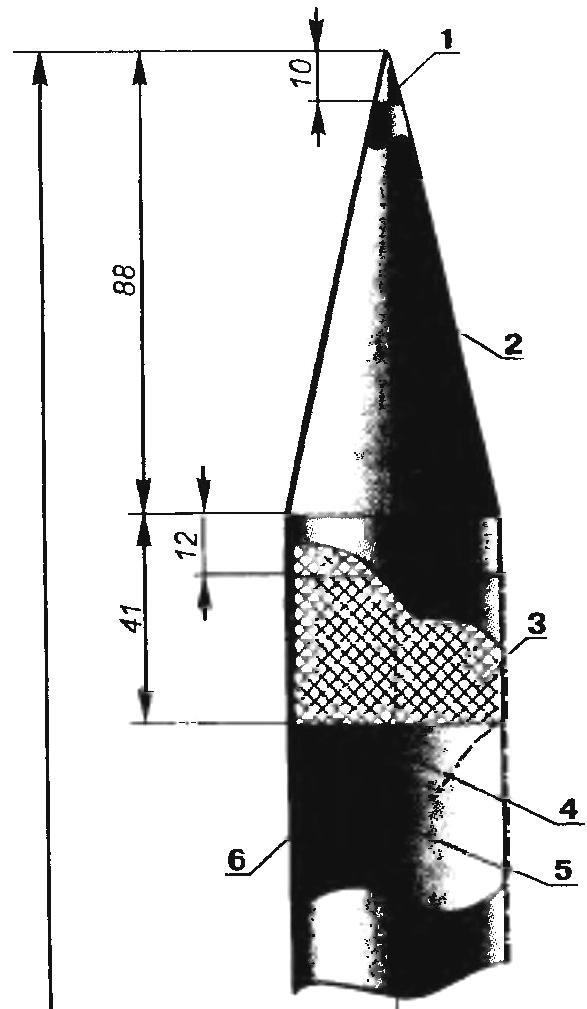 The proposed model missiles S3B allowed its Creator Tarasov from Chelyabinsk to become a winner of four Cup competitions S. P. Korolev. Moreover, it is universal: it can serve class Ѕ6В.
It is made by widespread technologies — molding of fiberglass. The hull is laminated together with the tail cone on the same mandrel, the larger diameter of which is 40 mm and the smaller of 10.1 mm. Thickness fiberglass 0,03 mm (in two layers). After drying, the resin housing is slightly cracked.
The feathers of the stabilizer made of balsa veneer thickness 1.5 mm and attached with epoxy to the butt of the propulsion of the hull. One of the feathers attached to the thread diameter 0.6 mm suspension system of salvation and head fairing.
From the same fiberglass and molded fairing. It is conical in shape with a cylindrical skirt with a length of 12 mm. the Apex of the cone from the inside filled with resin to a depth of 10 mm. This strengthens the fairing and is a kind of loading it. The connecting sleeve is carved from foam and glued to the skirt fairing. It is fastened the thread of the rescue system, which is associated with the thread suspension. 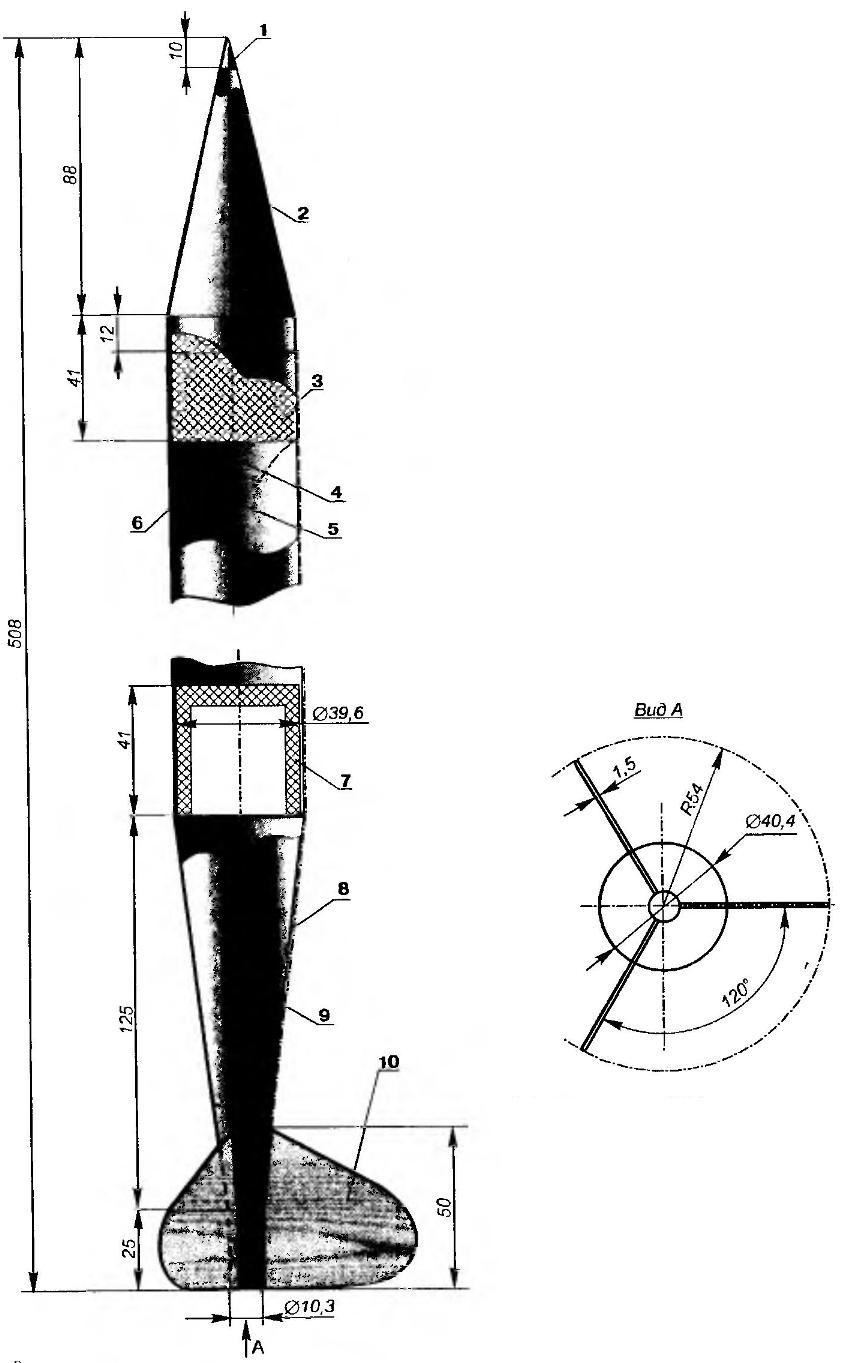 Model class S3B:
1 — loading; 2 — heat shield; 3 — the connecting plug; 4 — thread mounting the recovery system (parachute or ribbon); 5 — hinge; 6 — housing; 7 — wad; 8 — strand suspension; 9 — caudal (motor) cone; 10 —pen stabilizer
The parachute model is carved from a Mylar film with a thickness of 5 microns; number of slings — 16, the diameter of the dome — 850 mm.
Before flying into the body is inserted into the foam wad with a length of 40-45 mm, and sometimes two. As it strengthens the body and helps to keep the rescue system in a specific location without disturbing the alignment of the model.
The mass of the model without a parachute and engine — 8, Engine — In-2-3 “Vulcan-jet” the author’s development and production.
V. ROZHKOV