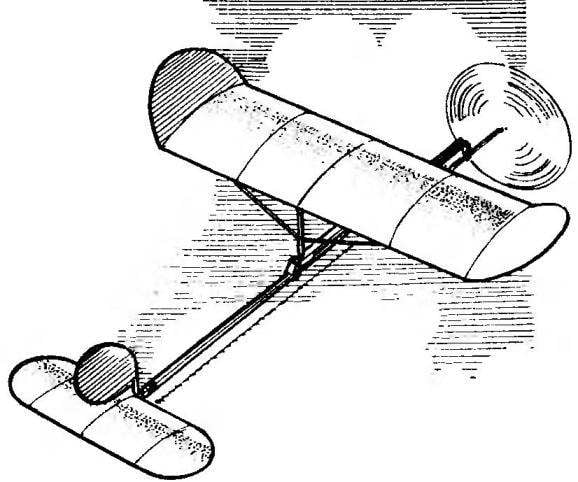 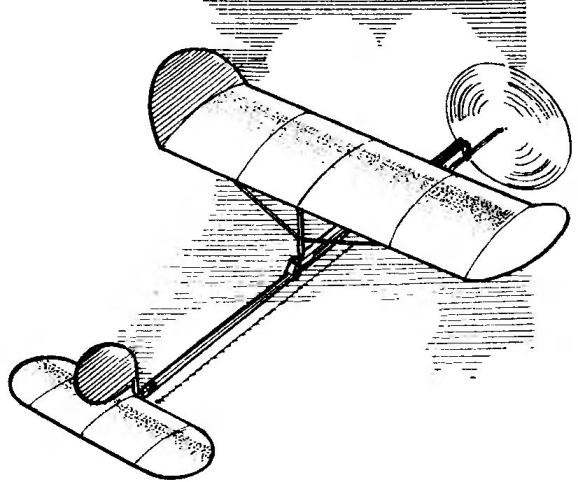 For the last four years on the initiative of the heads of model aircraft clubs in the town of Zheleznodorozhny in the Moscow region competitions school students in the new class of resinator indoors. If you compare these models with others, participating in competitions, for example, a glider and a helicopter “Fly”, the proposed resonatory more complex. Therefore, it can be recommended for the manufacture of the guys visiting the club for the second year.

Such competitions are usually conducted in a typical school gym. Based on these conditions was developed and corresponding technical requirements for the models: wingspan no greater than 325 mm, weight without rubber motor not less than 10 g.
The past years have shown that most are constructed of resonators of two types: “light” — with rigid wings and tail surfaces, made primarily from foam, and a “heavy” room with bead bearing surfaces with a soft lining of thin Mylar film or paper. Although the foam is less laborious to manufacture and reliable in operation, but in the weight characteristics, they lose the rubber motor-Kam stacked design.
The proposed drawings and the description of “heavy” room rezinomotornaya model aircraft by the chief of the aeromodelling circle syut, the Railway Moscow region Yuri MOISEYEV, who was a multiple winner of the regional competition.
The wing model consists of rectangular center section and two “ears”. Its front and rear edges of the cross-section of 1,5×1,5 mm made of grained pine (spruce or basswood). Cross set was formed by five ribs of the same material and cross section, established with an equal pitch. Blanks for ribs with a length of 125 mm pre-soaked in hot water, then secure them with a rubber thread to the mandrel, having the form of a defined profile, and fully dried. The mandrel ribs for the wing and stabilizer are the same. From blanks cut ribs for the wing and stabilizer, which is calibrated in length.
Assemble the center section on a flat Board stocks, which put the drawing and the sheet of transparent Mylar or plastic film. The place of gluing of the ribs to the edges of the reinforcing gussets in the form of rectangular triangles with legs of 3 and 6 mm.
Assemble the model using PVA glue. In observance of the precautions you can use canoak, filatovym with glue such as “super moment” or similar foreign production.
End corner of the wing, stabilizer and fin are glued together of two strips of veneer of pine or basswood with a thickness of 0.7 mm on a mandrel of appropriate shape. For the veneer strips with a width of 10 mm, soaked in hot water, then secure them in two layers to the side surfaces of the mandrels with gluing layers in between with white glue. After complete drying of the workpiece is sawed lengthwise into strips with a width of 1.5 mm.
The ends of the center section and the wingtips carefully adjust to each other, providing the necessary “V” “ears”. The place of gluing the winglets reinforce the gusset.
In the manufacture of the stabilizer and glue the first frame of edges and endings, and connect the “on condition”. The length of the bevel of not less than 6mm. Then glued the ribs and reinforcing gusset plate.
The lower ends of the struts on the wing length of approximately 10 mm have a cross section with a diameter of 1.5 mm. They are glued to the edges of the wing and reinforce, connecting with the Central rib gussets with sides 10×10 mm, and by the edges of the four struts (two on the front and back). 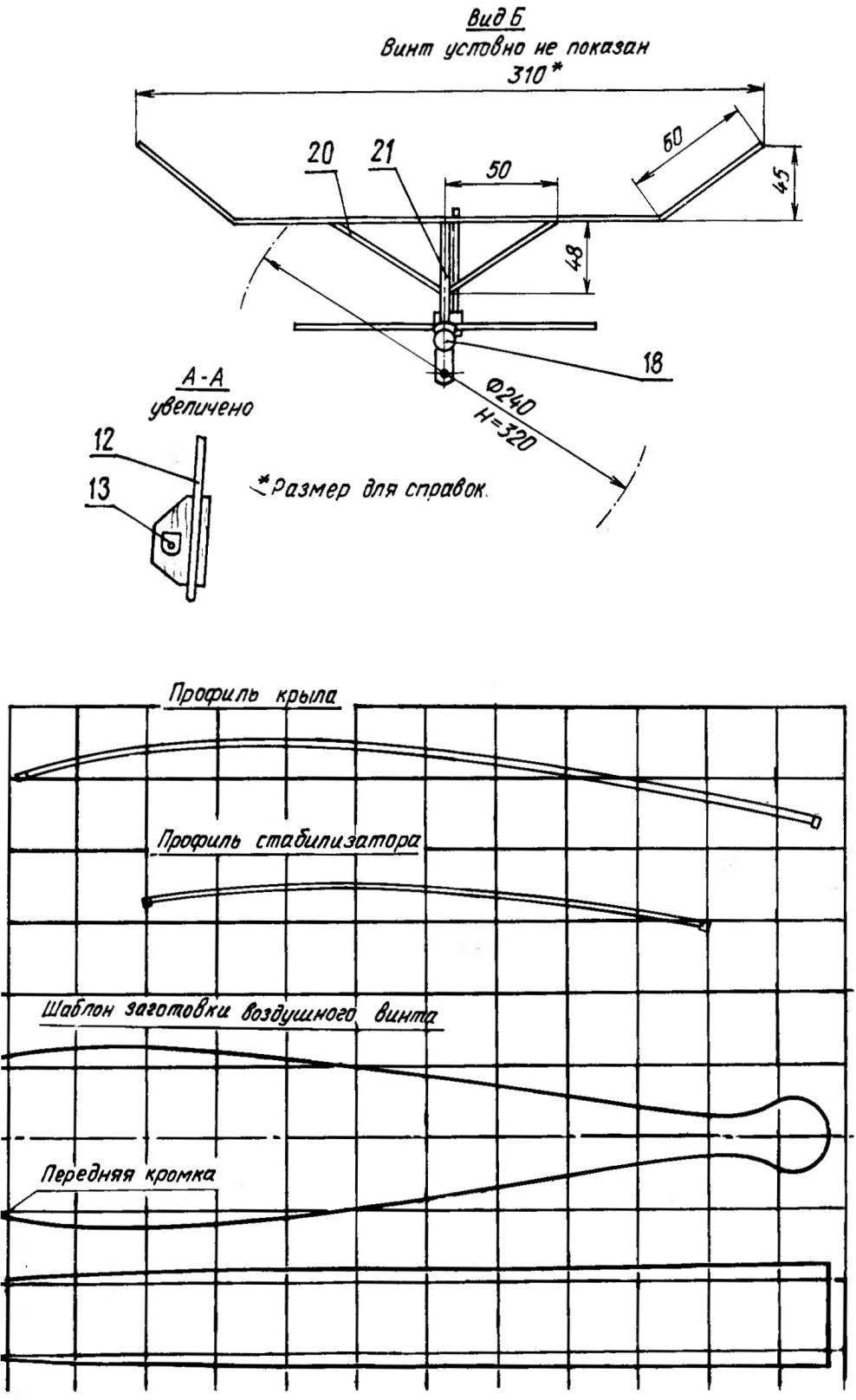