It is a model machine designed to operate in conditions of total off-road on rocky soils. Six powerful metal legs — its propulsion. Thanks to the wide step it can overcome large gaps, and raising the legs and the high hurdles.
Paw six roller carts moving on rails, as if pushing the vehicle forward on the rails. At each step, the machine rests simultaneously on three legs: two on one side and one on the other. Three legs raised up, at the end of the substitute motion reference. Reliance on the three points gives the Rover a reliable balance on any terrain.
The model is driven by a lever-connecting rod mechanism and the DC motor is controlled with a remote control designed for three teams. Thanks to the rheostat it is possible to smoothly change the speed from slow step in overcoming the obstacles to running on flat terrain. It is desirable to have two corps, and twelve feet six on each operating synchronously. Due to the swivel Walker can overcome more challenging obstacles and change direction.
“Hercules” sets in motion a system of levers, moving and lifting legs. We have planned the improvement of the model by replacing the levers with hydraulic cylinders. 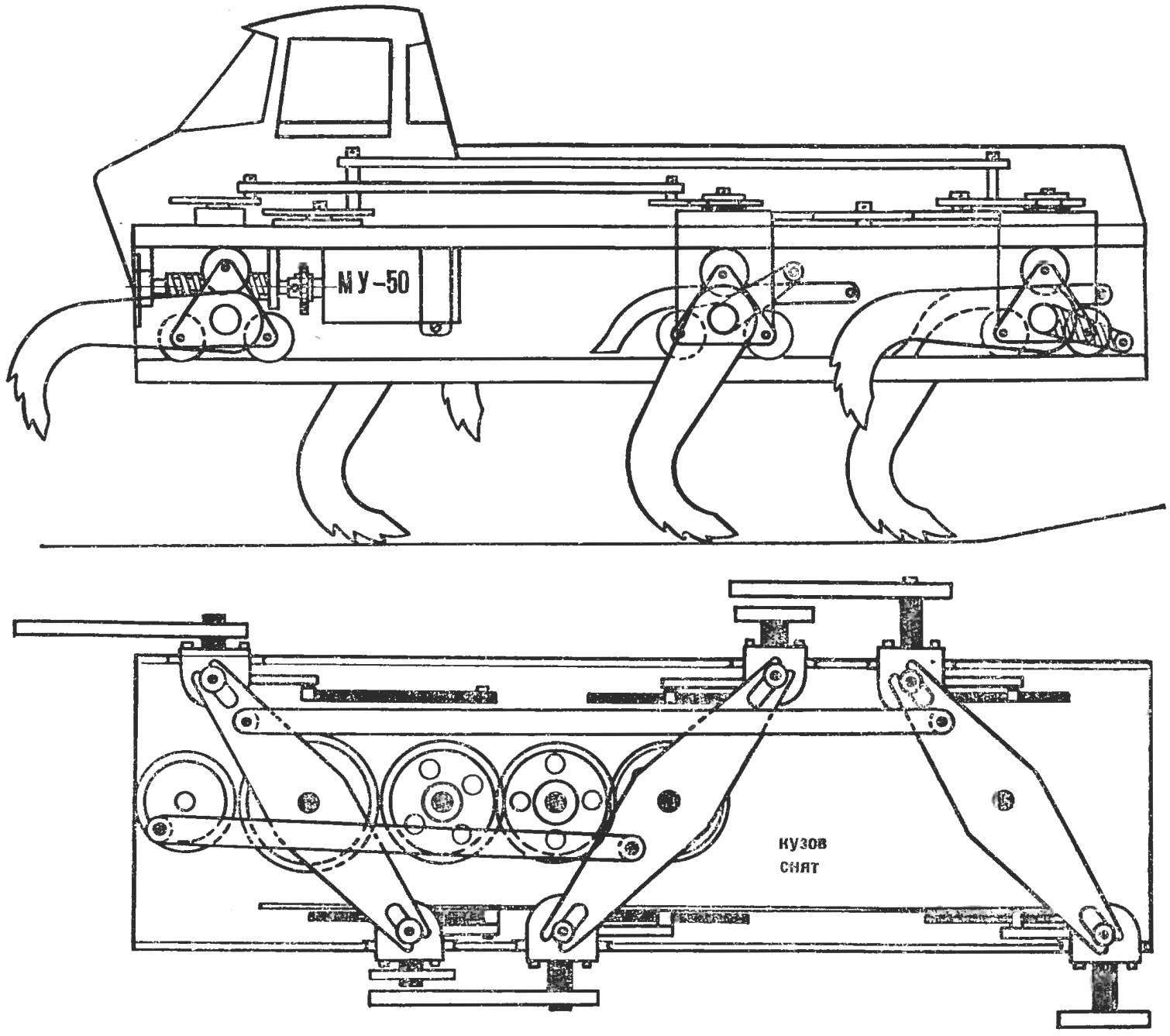 Scheme Walker “Hercules”
Model Walker made in the cargo variant. For loading and unloading operations there are four claws. Such transport can be used as trabajos, as well as on the transportation of wood and reinforced concrete poles-pillars, construction of rail lines.
The Rover installed six self-balancing cabin for the driver and five workers. Its contours correspond to the requirements of modern industrial aesthetics. Two-tone paint and sleek shape make the machine attractive.
Walker “Hercules” built by the student of the 8th class Sergey Chevychalov.