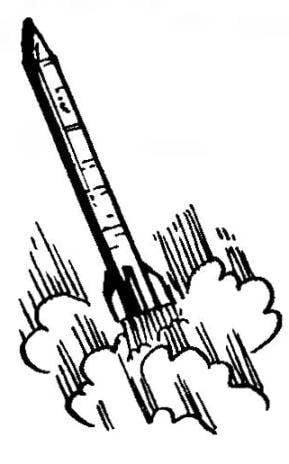 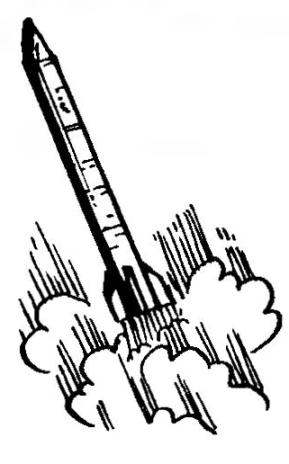 (Model-a copy of the R-17). In October 1950, S. P. Korolev, the former at that time Chief designer of the Department of NII-88, involved in the ballistic long-range missiles, appealed to the government to develop a new missile to replace the obsolete P-1 was created, as you know, on the basis of the German V-2 (A-4). The proposal was supported, and in November 1951 a draft design was completed.The new missile was supposed to be more “simple and cheap to manufacture and easy to operate”. It was planned to use designed for anti-aircraft missiles V-300 liquid-propellant rocket engine operating on nitric acid and kerosene tractor with pressurization fuel supply system.

This system significantly simplifies the design and operation of the lack of her liquid oxygen. In the project these missiles received index R-11, was laid reduced launch mass compared to R-1, almost three times with the same with her range and reducing by 25 percent the weight of the warhead. The lead designer of the rocket was appointed V. P. Makeeva. 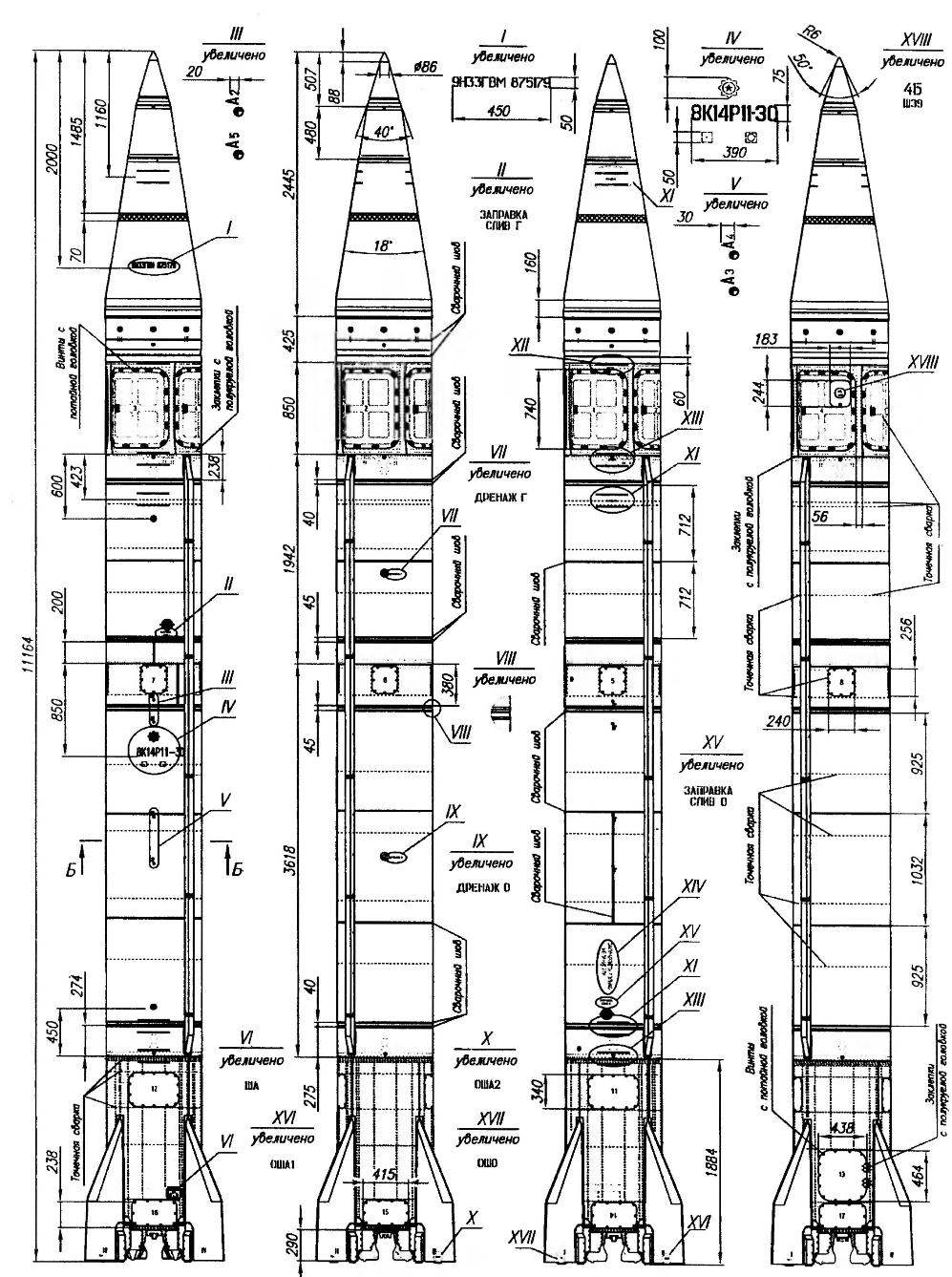 Operational-tactical missiles R-17
A drawing of the prototype was developed on the model of the missiles, on display at St. Petersburg Museum of missile troops and artillery 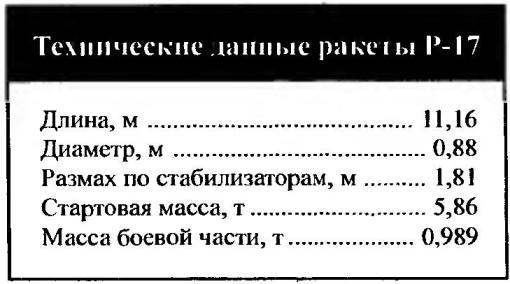 Fairings gargrota pushed out of annealed aluminum foil with a thickness of 0.1 mm by using a punch (cut from tough aluminum alloy) in the rubber. The tip of the bow machined on a lathe from hard plastic (Plexiglas, textolite or ebonite). Sweep riveted panels and hatches cut out of paper for Fax. Them to the front of Nakatomi the drawing is applied to spot welding, and with the inner ball of stylus pen squeeze “bolts” and “studs”. Then sweep paste into the appropriate places.
Before assembling the parts of the rocket all the scene changes degreased and sanded with coarse sandpaper. For Assembly using epoxy glue EAF with the preliminary clamping of parts drops tigrina. The Assembly begins with mounting the landing cylinders. Install the frames into the engine compartment, on the tube head part and in the end of the cylinder tail section. Their pre-fix, providing perpendicularity to the longitudinal axis of the compartments, and then splices shed glue. After its solidification compartments with frames inserted into the housing in the head compartment and glued.
Next, assemble the center pole. To the tube head part and the body of the model is glued halyards parachutes, skipping their respective cures lower frame tube and the hole in the housing at the location of one of Harrachov. The hole feature so that the tether does not interfere with the docking of the head part. As the umbilical cord using cotton thread No. 00 or flagellum made of monofilament SVM in six additions.
To cylinder tail section glued the console of the stabilizer and the base gas rudders, and body — simulated weld that is easier to carry from strips of adhesive tape. Next, assemble boxes of gargorov and their fairings. After that the joints spilling liquid epoxy glue, removing the excess. On the body paste the guide rings made from strips of fiberglass tube with an inner diameter of 3.5—4 mm and a wall thickness of 0.1—0.2 mm. On the end frame tail section mounted elements of detail to be painted in the main color.
Completely assembled parts of a model primed with silver on nitro or acrylic base to identify the roughness of the surfaces and crevices between elements of construction. Gaps sealed with putty (best for plastic models). After drying of primer and putty the joints and roughness of grind very fine sandpaper and degreased.
Model collection painted two or three layers of paint “, Nichego!” (you can use nitroemali) khaki (olive green, with satin surface structure). Each layer is dried at least 12 h, after which revealed irregularities sanded with fine emery paper. Then indicate the line of the supports and nanosat inscriptions. This is best done by the method of decalcomania, crafting decals, or paint through a stencil (you can use other ways). Elements detailing a different color separately painted by airbrush or brush and then mounted on the model.
On the halyards of the head compartment and the hull model-knotted loop, which through the rubber shock absorbers (double elastic with a diameter of 1 — 1.2 mm and a length of 150-200 mm) tie parachutes. Both of them have the diameter of the dome 500 mm (metalized lavsan with a thickness of 5-6 microns), and 16 ones. They differ in the diameter of the pole hole: for parachute body, and it was 10 mm, and for the parachute warhead — 200 mm. Before the first start, a model copy is fully assembled and determine the position of the center of gravity. It should be at a distance of 281 mm from the nozzle. If necessary, the tube head part of loaded clay.
To run the models use serial MRD 5-3-6 with a diameter of 13 mm, in which the delay time is reduced to 4 s In him falling asleep increased blew Noi charge of the four standards with a depth of
4 mm (from the casings small-caliber cartridge). Top lifting charge close the paper wad. The engine is mounted in the housing of the corresponding cover and fixed with a bamboo pin. Then establish into place the rear compartment.
Prepared two or wadding (cotton wool wrapped in a piece of cloth), one is pushed into the housing all the way down, poured a small amount of talc and inserted another. Fold the parachute of the body, wrapped it in the case of the Mylar film with thickness of 18-24 microns and placed into the case. Then just put the parachute of the head portion, place it on top of the parachute housing and install the head part. The engine is injected Elektrostal — model ready to run. Her starting weight 75-85 g.
The described procedure relates to the model-copy on the realism of the flight. For “tall” copies of it even more simple. Instead of two parachutes is one tape of a width of 30-35 mm and a length of 2-3 m of metallized polyester with a thickness of 12-18 µm. It is placed between the frames of the head portion and installing a single wad. In addition, in this class it is desirable to use a gas-dynamic start the installation of a “Cap” that will add extra height and allow to abandon the guide rings.
I wish you many successes!
Vladimir MINAKOV, honored coach of Russia,
the teacher of the Moscow city Palace of children (youth) creativity.