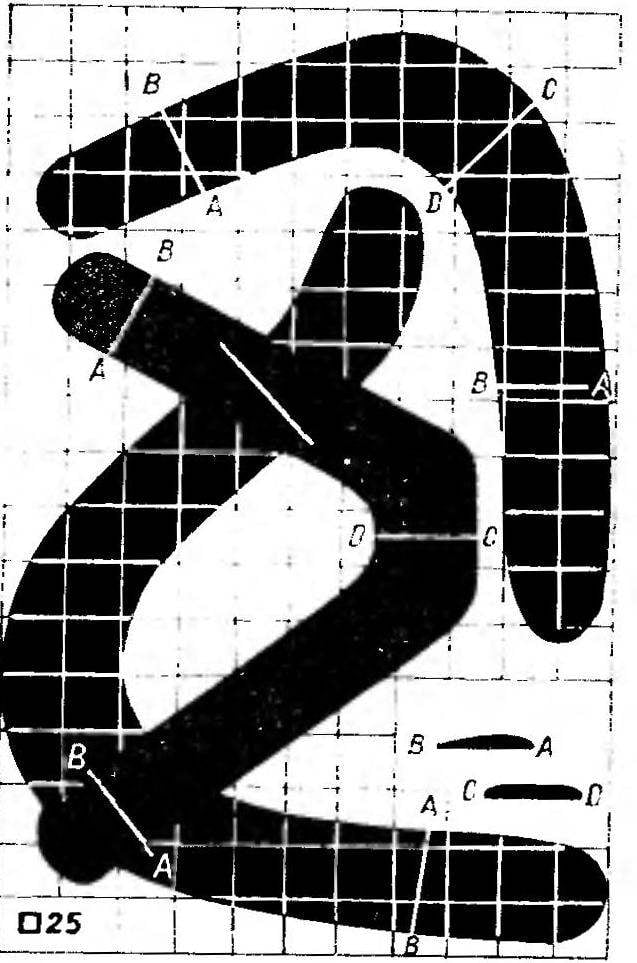 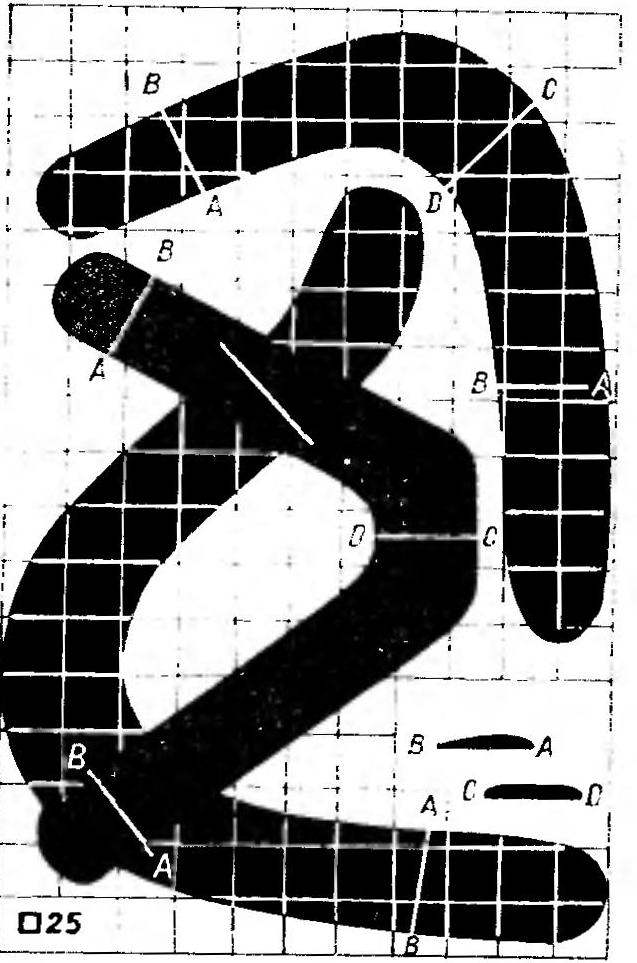 40 SECONDS IN THE AIR, THE RANGE OF DIRECT FLIGHT 114 M AND THE TOTAL LENGTH OF THE TRAJECTORY IS ABOUT ONE – THIRD OF THE KILOMETER- THESE ARE RECORD FIGURES RECORDED BY THE INTERNATIONAL ASSOCIATION BOOMERANG THROWERS. THIS EXOTIC SPORT HELD A KIND OF WORLD CHAMPIONSHIPS, COLLECTING FROM ALL ENDS OF THE EARTH FOLLOWERS OF THE ANCIENT MARTIAL ART. TODAY HAS BECOME A PURE SPORT. IN ADDITION TO THESE RECORDS, IT IS INTERESTING TO MENTION: THE MAXIMUM DURATION OF FLIGHT OF THE BOOMERANG – 50.8 SECONDS AND THE SIMULTANEOUS PRESENCE IN THE AIR 14 BOOMERANGS, CONSISTENTLY RUNNING ONE ATHLETE!

Immediately it should be noted that the originally created ancestors of the combat projectile, called a boomerang, not necessarily return. Special types of boomerangs are generally not calculated on an exit on the opposite path and was called so because it had the main classification signs of rotation in flight around the transverse axis and the elongation of the flight distance due to the aerodynamic (planning) properties. Return the boomerangs were mostly for hunting small animals and birds.

For sports and entertainment purposes currently used a much lighter “shells”. They are practically safe, although their runs are necessary to observe some precautions. The best material for making sports boomerang admittedly alder five-layer plywood with a thickness of 6 mm (at smaller sizes, differing significantly from those indicated in our drawings, you need to find, respectively, and thinner material). After treatment of a sheet material along the contour it is carefully profiled. By the way, from the last operation, the thoroughness of its performance and accuracy is largely dependent on future flight characteristics of the boomerang, therefore it is better to take the time and if it fails to work again. If the profiling on boomerang five, accept for the sanding and varnishing of wood. Finish — bright oil or nitrocellulose. If significant deviations in form from those listed on the drawings, no additional fixing is not required. Launches boomerang at practical advice of our publications are reflected in the figures. 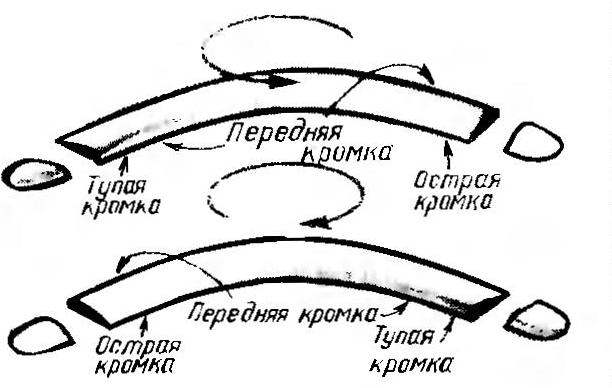 Profile the boomerang.
On top of the direction of rotation and profile for the thrower is right-handed. bottom — megatile left-handed. 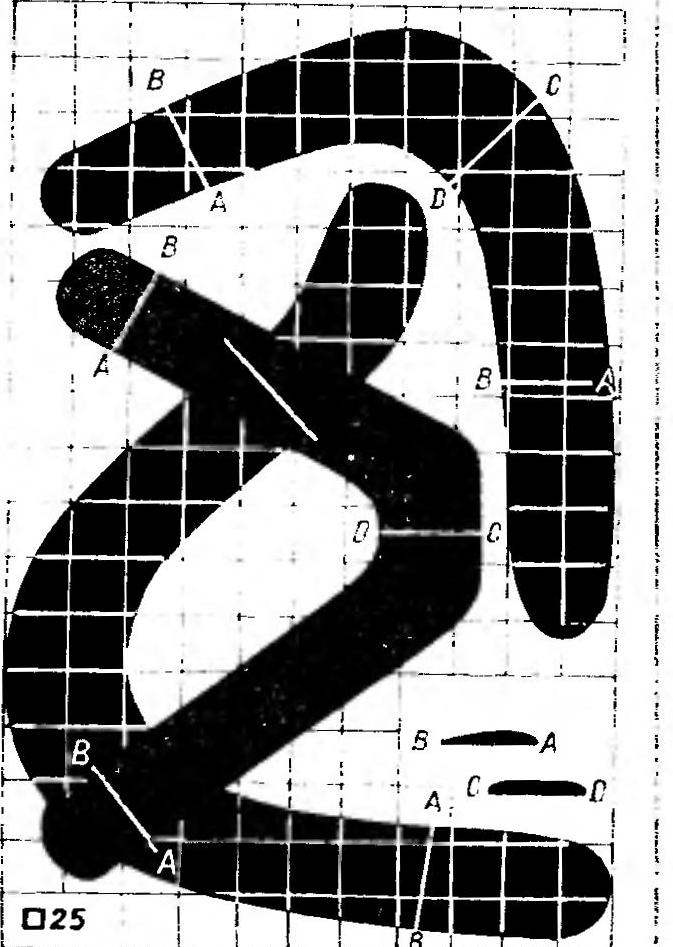 Templates for cutting out blanks of a boomerang.
Show some of the profiles (top — classic; bottom: transition to the middle part of the boomerang). 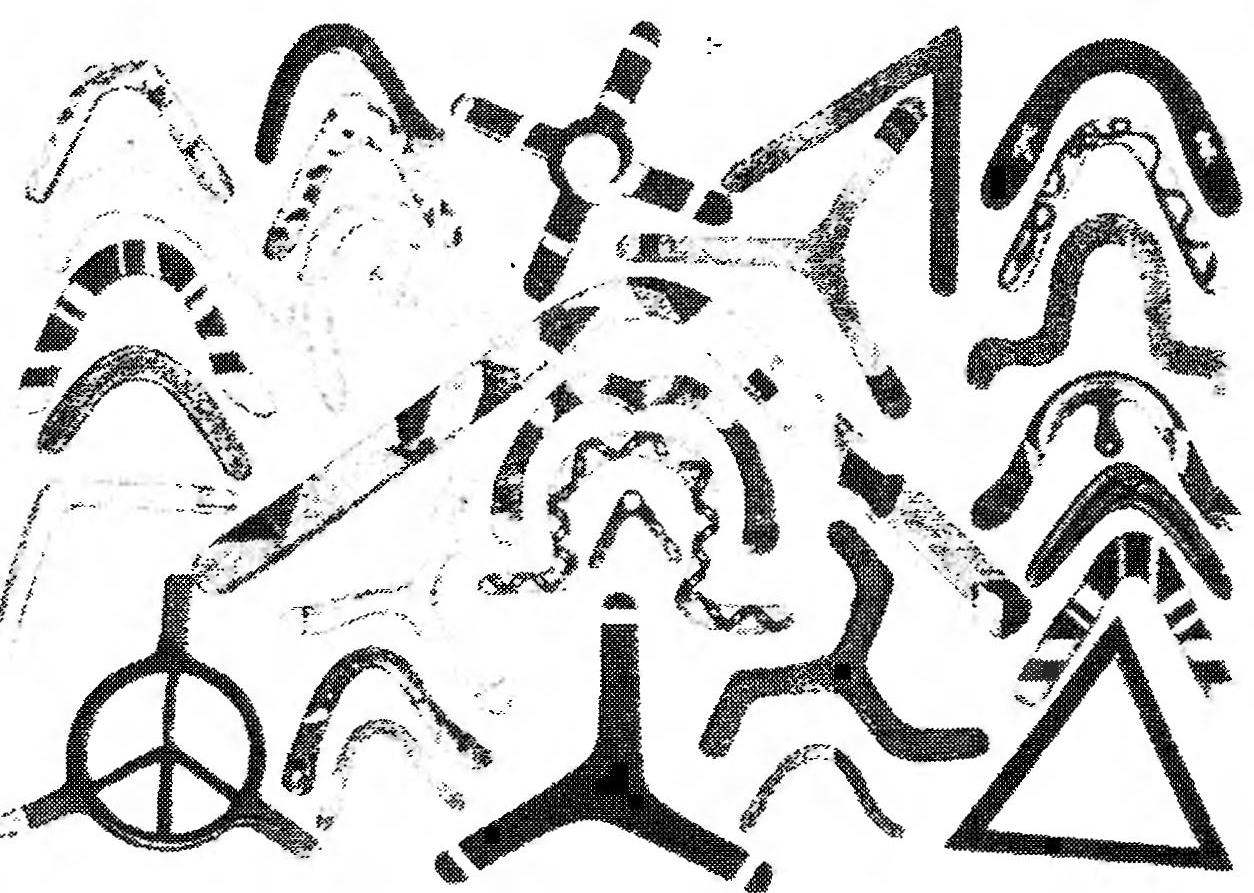 Boomerangs can be really very different. 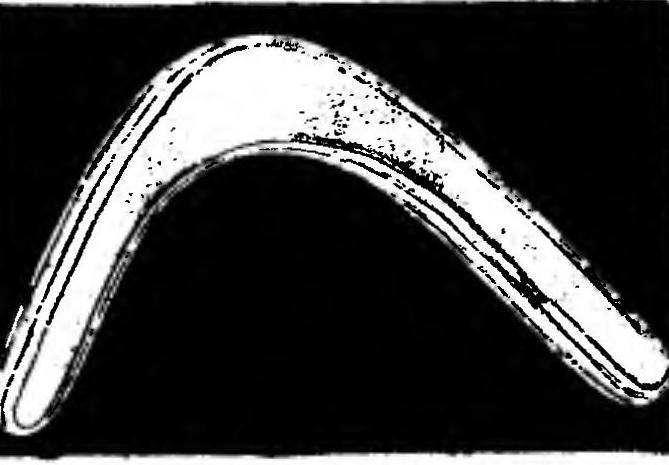 Normal boomerang after profiling in the manufacture of plywood.
Dark glue joints farthest from each other allow to judge the accuracy of the profile and the symmetry of treatment of both arms of the boomerang. 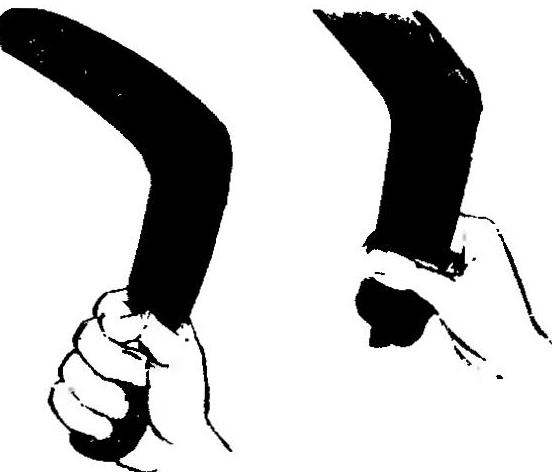 Two options of the capture of the boomerang when throwing. 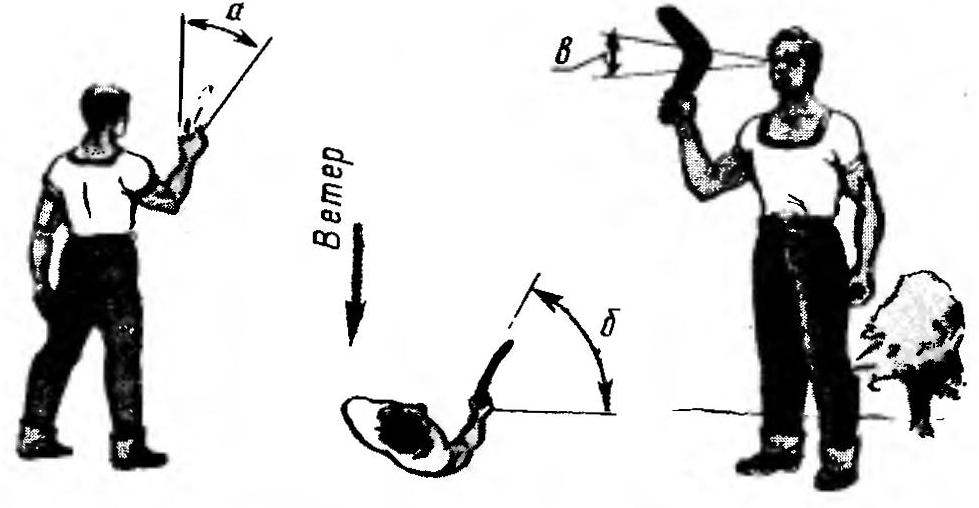 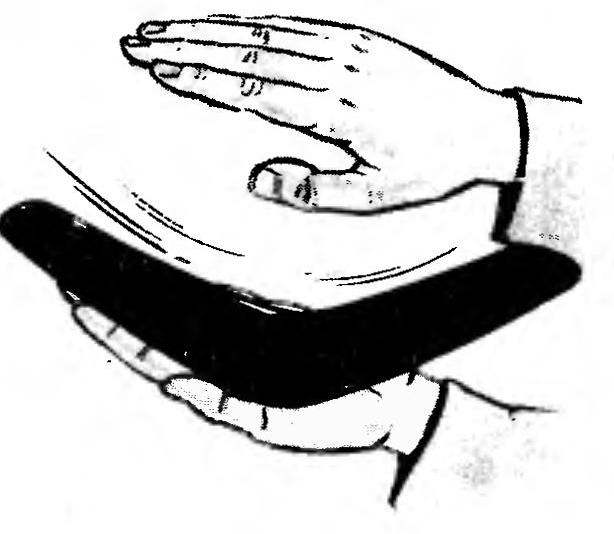 Catching the returning boomerang.
In conclusion, a possible circuit variants. Search of interesting solutions is not limited only to the choice of shapes and sizes. To a large extent flight data depend on the material of the boomerang. For example, the multiblade diagram “figure” in combination with the use of foam may lead to the creation of… room option, the range of which does not exceed three meters.