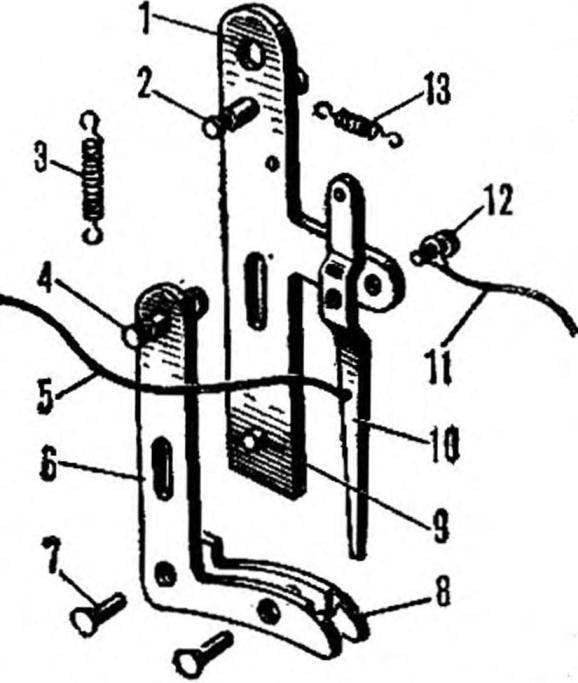 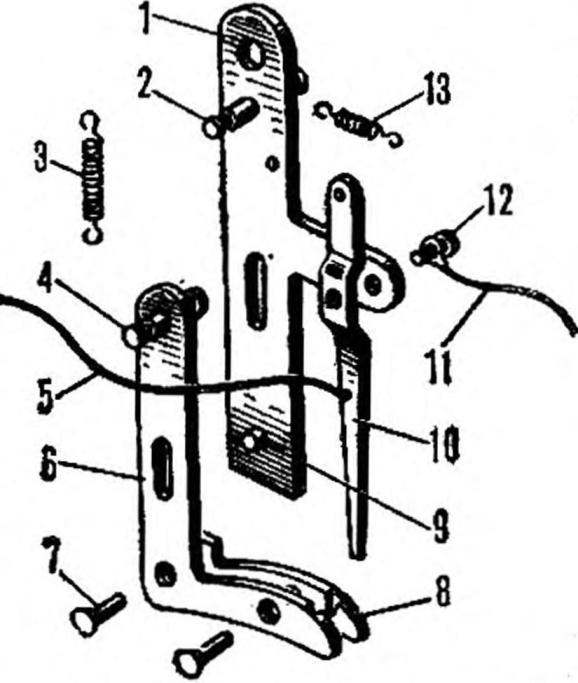 New simplified design of the tow hook works just as reliably as the best modern designs, providing easy control model glider when you search for updrafts and good acceleration apparatus for dynamic start.
The main difference from the known — significantly reduced manufacturing complexity. Any turned parts — hook made from wire and thin sheet of aluminum to work with that just even novice modelers to schoolchildren. The device size is smaller, its placement in a minimum volume of the thin fuselage of the airframe does not cause any problems.
The design consists of two plates (“corps” and the hook). The first hinge is hinged on an axis fixed in the fuselage of the model, and carries the spring loaded latch ring rail and the lever force of the springs. The hook at the lower part is reinforced by means of riveting of the second sheet of duralumin, at the end of the hook is made blind hole under the mustache of the striker. Two main parts are connected using the pins included with the oval holes allowing a displacement of the hook at a dynamic start and the disclosure of the striker. The force of the spring are selected so that their force and the beginning of the turn of the hook is equal to 1,5 — 2 kgs. 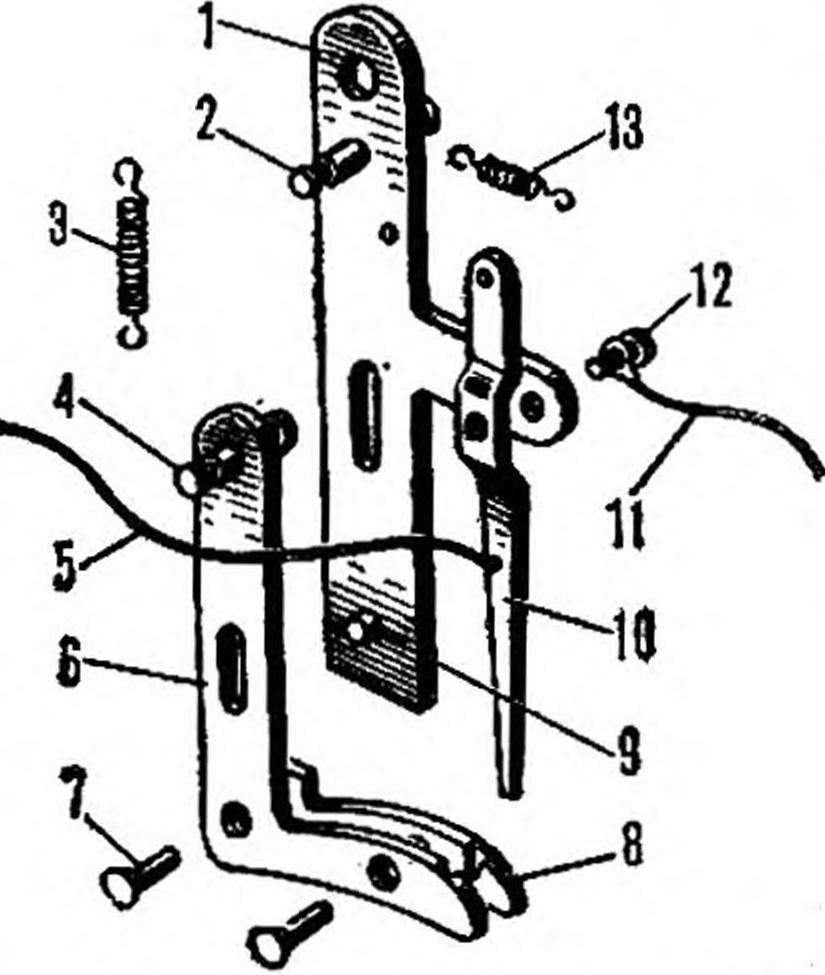 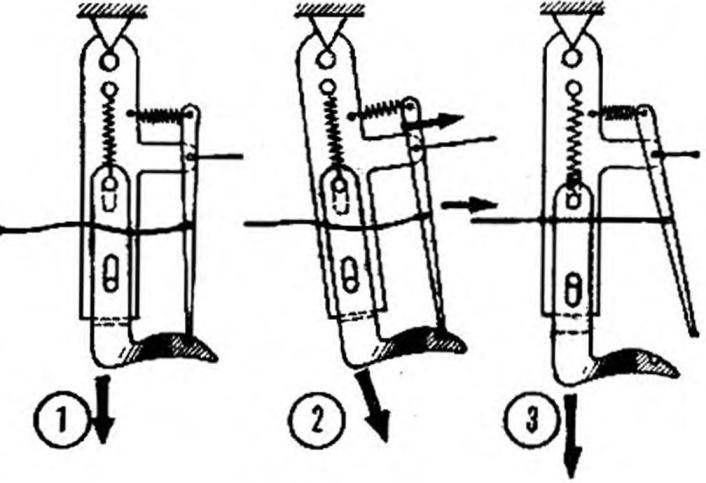 Fig. 2. Action towing hook:
1 — position during normal towing of the model at the 2 — position in the care model forward, 3 — position dynamic start.
When debugging the device until the timer is switched on only when released the locking mechanism for the ring rail, the deviation of the “body” of the hook, required to drive the rudder, should only pick up the slack strands of the latch clock mechanism.