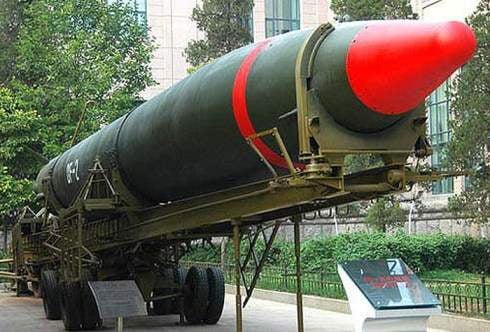 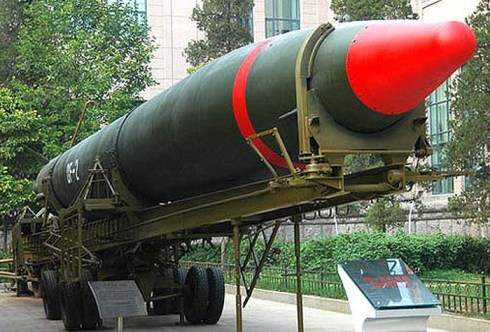 In 1955, the Soviet Union took arms ballistic missile R-5, launch weight and range which were respectively 29 tons and 1200 km Mass warhead of about one ton. At start-up to a distance of 600 – 800 km, could be applied to two or four combat suspension with the use of a combined system, control the radio and Autonomous. Compared with previous products, able to significantly improve the accuracy of firing the missiles.
(The end. Start at # 6 – 2012)
Rocket R-5M became the world’s first carrier of a nuclear warhead. Her starting weight was 28.6 tons, has a range of 1200 km Developed it in 1954 – 1956, OKB-1 headed by S. P. Korolev on the basis of rocket R-5. The complex of the R-5M was set LPRE RD-103 running on ethanol and liquid oxygen, developed under the leadership of V. P. Glushko.
Rocket R-5M was adopted in 1956 under the symbol 8К51.
In the future on the basis of the complex R-5M developed a large family of geophysical research rockets R-5A, R-5B, R-5V and R-5ВАО, reaching heights of up to 500 km and carrying on-Board scientific instruments for space exploration. 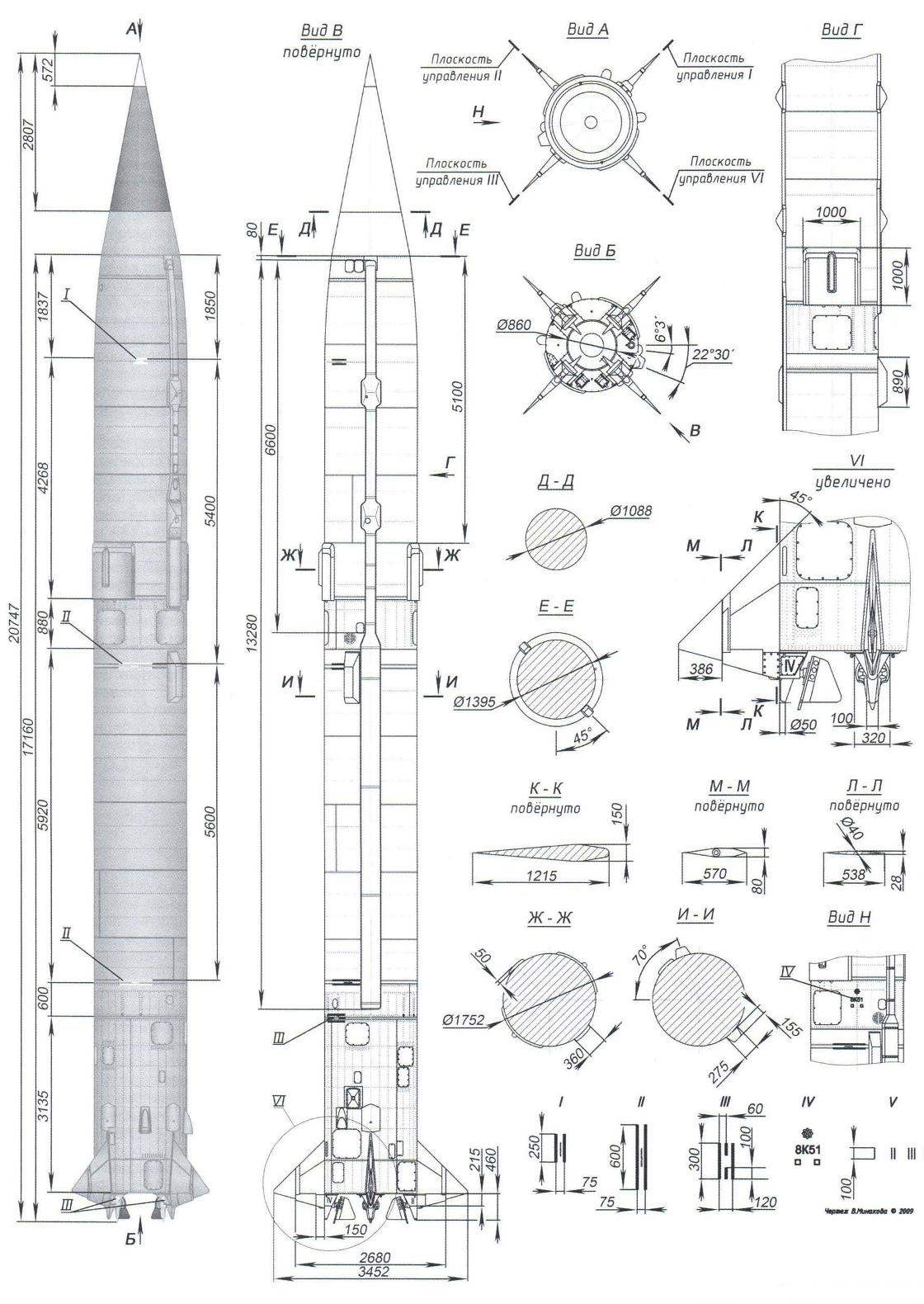 Model-a copy of the strategic rocket R-5M:
1 — fairing; 2 — “alive” fairing; 3 – the connecting plug; 4 – plug; 5 – loop for the suspension of a rescue system; 6 – parachute bow: 7 – parachute main body; 8 – frame; 9 – tube-ognevoj; 10 – housing; 11 – MRD; 12 – power frame; 13 – aerodynamic handlebars; 14 – the bearing; 15 – gas drive; 16 – stabilizer
All external elements of the bottom part (legs, gas rudders) are cut from basswood, painted and attached after Assembly and painting the entire model. Aerodynamic wheels make removable. They are cut from fiberglass 2 mm thick profile. In a big way glued pins (OVS wire 0.8 mm diameter), which are then inserted into holes drilled in the stabilizer.
After Assembly, the finished model of her sand and put a layer of dark paint. For this purpose, suitable Serebryanka. It shows a roughness. Then again treated with fine sandpaper and paint in the desired color. In this case, mostly khaki. But the main guide in this case is the documentation.
Before running the model it is necessary to center – locate the position of the center of gravity (CG) and center of pressure (CSD). From theory it is known that the DH should always be ahead of the TSD. In this model, ready to fly, the position of the CG must be within 25 – 30 mm, and it can be determined by placing the model on the line. Approximately can be defined and the CSD. Need of a homogeneous material to cut out the side outline of the model and find the CG of a plane figure. He will be TSD-models. In the specific case of the CG is at a distance of 280 mm from the top.
Flight weight copies of the R-5M, is equipped with two parachutes (head part and body) with a diameter of 400 and 500 mm, about 170 g.
It starts on the motor MRD 10-10-3.
V. ROZHKOV